To secure the special research fellowship meant for Dalit students, qualification of Junior Research Fellowship (JRF) through the National Eligibility Test (NET) has been made mandatory.

According to a report in The Telegraph, the Narendra Modi-led Bharatiya Janata Party (BJP) government’s decision to add this new criterion has been met with criticism and opposition, even from within the party. BJP Lok Sabha MP Udit Raj — who is also the national chairman of All India Confederation of SC/ST Organisations — has criticised the move saying it would limit the ability of Dalit students to access research opportunities.

“The new guidelines are unjust and a move to exclude Dalit students from higher education,” he said on December 28, at a press conference held by the Delhi University Teachers Association to protest the “attack on reservation in educational institutions”.

The National SC, ST, OBC Student and Youth Front, a Delhi-based group, too has written to the University Grants Commission (UGC) chairperson against changing the eligibility criterion for the Dalit fellowship. 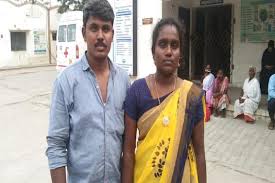 […] again and again tried to defer the Dalit dream by adding hurdles to varsity and university admissions, withholding scholarships and deferring the award of degrees to Dalit college students. Original […]