AGRA: A 17-year-old mentally-challenged Dalit girl was allegedly killed by a 17-year-old boy after she resisted his attempts to have oral sex with her. The murder took place in a village in Aligarh on Sunday and zeroed in on the boy on Tuesday.

Senior superintendent of police (SSP) Muniraj G told TOI that the boy hails from an adjacent village and had confessed to killing the girl after she resisted his attempt to have oral sex with her. The SSP said relevant sections of the SC/ST Act and section 201 (causing disappearance of evidence of offence) of IPC will also be included in the FIR as per the available evidence.

“The boy has been sent to a juvenile home after producing him before the juvenile justice board on Wednesday,” the SSP said, adding that medical examination of the boy will also be conducted to ascertain his actual age. According to the forensic report, that arrived on Wednesday, no semen was found on the girl’s body, said the SSP.

SP (crime) Arvind Kumar said though the boy is a class 8 dropout, he is proficient in using the internet and other digital devices. His father works as a labourer in Delhi and he works in the field in his village.

Taking advantage of the girl’s inability to speak more than a few words at a time, he took her to a nearby field where no one could see them and tried to have oral sex with her. As she was not ready for it even after several attempts, he smothered her and strangled her with her dupatta. After the girl died, he dragged the body to another field that falls in her village in order to avoid suspicion on a person from his village, the boy told police.

In a bid to destroy evidence, the boy threw her dupatta in a canal, and it could not be recovered. The victim’s slippers, which were thrown in the field close to the crime spot, has been recovered. 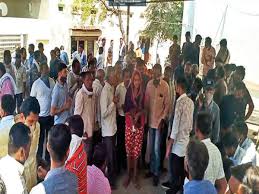 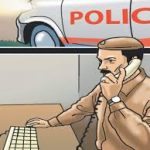