After breaking up with Emma Smet, the PSG and France striker Kylian Mbappe is reportedly dating a famous model Ines Rau for quite some time now. As per Corriere Dello Sports, Mbappe was seen with Rau at the Cannes Film Festival, and then on the yacht where the footballer was spotted carrying his girlfriend.

At 23, Mbappe is among the biggest superstars in France, plying his trade for the PSG, where he leads the attacking lineup, alongside the great Lionel Messi and Neymar. Earlier this year, he almost signed a deal with Real Madrid, only for the PSG to hijack the deal by offering lucrative wage and granting him greater authority in the day-to-day operation of the club.

Mbappe has found himself under the scanner on numerous occasions this season. He was ridiculed for deliberately shoving Lionel Messi on the pitch and then fighting with Neymar for a penalty kick. There is a growing tension between him and Neymar, after reports emerged that the French forward was lobbying the club to get rid of the Brazilian.

However, it seems like they have buried the hatchets now at least on the pitch. Both Neymar and Mbappe were on the scoresheet in PSG’s latest fixture against Toulouse, and Messi too recorded a couple of assists.

Not much is known about Mbappe’s personal life. But the rumours about his new girlfriend gained traction after the picture of him lifting Rau was released by the Italian media.

Rau is a French model of Algerian descent who, in 2017, became the first transgender model to appear on the cover of Playboy. She made her first appearance in Playboy in 2014, where she posed nude for a special section, titled Evolution.

Responding to the backlash that Rau’s appearance faced, Cooper Hefner, the son of the Playboy founder Hugh Hefner, wrote, “We should collectively be fighting for a more open world, not one that promotes hatred and a lack of acceptance.”

Rau, who is also keen on working in the Hollywood industry, started transition at around 17, but came out to the world only after she turned 24.

“I lived a long time without saying I was transgender,” Rau says in the accompanying interview. “I dated a lot and almost forgot. I was scared of never finding a boyfriend and being seen as weird. Then I was like, You know, you should just be who you are.”

Note: This news piece was originally published in man’sworldindia.com and used purely for non-profit/non-commercial purposes exclusively for Human Rights . 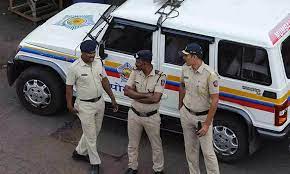 Mutilated Body Found In Indore, A Piece Was Found At Accused's Home: Cops 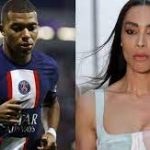