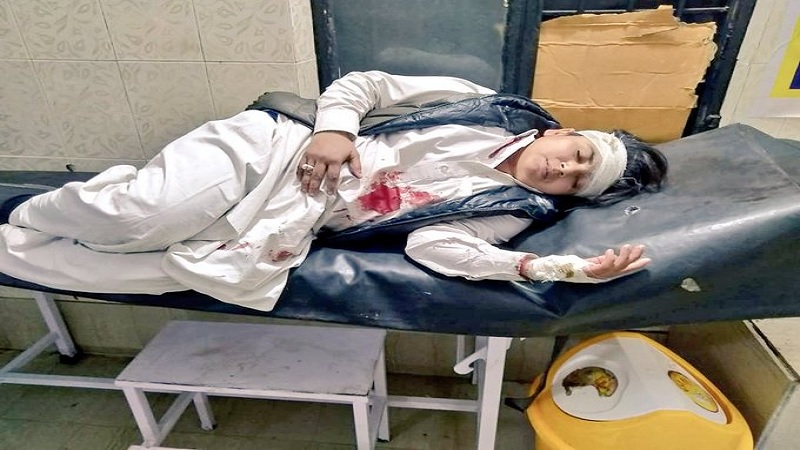 A young Muslim girl identified as Arshi, a 23-year-old who runs a small tea shop has been seriously injured, allegedly when she was brutally beaten up by a mob. The incident is said to have occurred in Uttar Pradesh’s Meerut. According to information shared over social media on February 13, the young woman is in a serious condition and is undergoing treatment. Images of her in hospital were also shared over social media.

In a video clip posted to Twitter by journalist Piyush Rai, a man, who seems to be a relative or someone known to Arshi, says the young woman ran the shop to make a living for her family, and was doing well when she was attacked. He is heard telling journalists that some rival shop owners had been ‘pressuring’ Arshi as well, accusing her of doing ‘wrong things’ and then allegedly attacked her.

According to the initial news report, Arshi is suffering a critical head injury. She is currently under observation at district hospital in Meerut. However, journalist Piyush Rai, shared on social media than a first information report (FIR) had been registered against Arshi for assault, and three of her friend’s have been charged of “attempt to rape” based on a complaint made by “the rival side.”

This “rival side” has been accused of assaulting Arshi, apparently because of some sort of “business rivalry”, they allegedly accused Arshi of having “beds and sofas” in her shop and allegedly using the space for “illicit activity”. The man speaking up for her in the video denied such charges, saying the young woman was just running the tea shop and had kept it well to be able to support her family.

It is also unexplained why a man identified as Sachin Sirohi, who claims to be the “city president of Hindu Jagran Manch” has been making claims that “miscreants visit Arshi’s shop” and that local residents have raised complaints about it in the past but the police have not take any action against Arshi. He is the one hinting at so-called “illicit activity” stating that “There are sofas and beds in the shop.” It is not clear why he has been speaking on behalf of the locals while identifying himself confidently as a part of a Hindutva outfit. 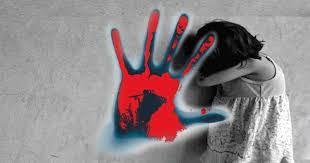 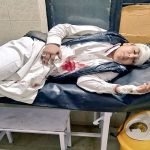