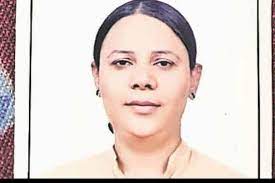 ‘I had contested the elections in 2017 as a candidate for the All India Forward Bloc on the insistence of people but I lost’, she said.

NEW DELHI: Bobi was only 15 when her family handed her over to a ‘guruji’ from the transgender community under societal pressure.

Now, more than 20 years later, the AAP’s first transgender candidate wants to beautify her constituency and improve the lives of her neighbours.

Inspired by and having participated in Anna Hazare’s anti-corruption movement, the candidate from Sultanpur Majra Vidhan Sabha under SC-10, 43 A, wants to weed out corruption from the Municipal Corporation of Delhi (MCD).

“I was associated with the Anna movement. At that time, I was inspired that a man in his 70s was sitting in a protest against corruption. Iwas also part of that movement,” Bobi told PTI.

And she also has bigger plans for her constituency.

“If I am elected, the beautification of parks that have been lying in disarray will be on top of my priority list. The area is dirty and I will also focus on cleaning it and getting rid of the garbage.

“Several people in my area still do not have access to food and clothing. So fulfilling those basic necessities will also be on my agenda,” she said.

Bobi has long been associated with social work and has been helping children get admission into school.

The 38-year-old has prior electoral experience, having contested the civic polls in 2017.

“I had contested the elections in 2017 as a candidate for the All India Forward Bloc on the insistence of people but I lost. I want to serve people on a bigger scale if elected,” she said.

Fondly called “Bobi Darling”, the AAP candidate feels confident about her chances, saying people had assured her that they would vote for her.

The AAP’s performance in Delhi has added to that confidence.

“The party has done exemplary work in improving the condition of schools, hospitals, giving free bus rides to women and taking old people on pilgrimages. Since the time I have started understanding things, I have not seen BJP or Congress raising such issues. The party is doing historic work,” she said.

Speaking of her childhood and the impact of her mentor, Bobi said, “My guruji is no more but he was everything to me. Since the time I was handed over to guruji, I started dancing and singing to earn a living.

“Braving all the odds, I would dance at people’s homes and save every penny. I used those savings to buy a home, something that would not be possible now. But I can say that I have been successful.”

When asked about why her family had to give her up, she said they had no choice.

“You know how society was at that time. Now people have started understanding and accepting us. But at that time, it was not possible to fight people. My parents did not want to give me up – no parent can give up their child — but they had to,” she recalls.

“I have my mother and a younger brother, who has four children. I visit my family every six months. My father, who ran a small restaurant, died 15-16 years ago,” she said.

Having had to drop out from school when she was in Class 9 because of bullying and harassment, Bobi wants to ensure that others do not go through the same.

“I could not get educated and that is why I want children to study,” Bobi said.

If elected, she plans to fund the education of 100 to 200 underprivileged children.

Bobi said a win for her would be good for the transgender community as well.

“Society is changing and people from our community are being accepted. I have faced a lot of difficulties and hardships but now things are changing for the better. If I win the polls, it will send a strong message and also encourage transgenders to come forward and make their mark,” she added. 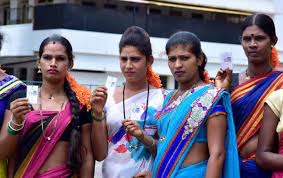 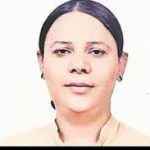