IMPHAL: Five episodes into a recently released docuseries in which Oprah Winfrey and Prince Harry team up to probe mental health issues of celebrated stars like Lady Gaga, Glenn Close, Ginny Fuch and others — the frame suddenly shifts to the hilly tracts of Manipur with a 30- year-old Sadam Hanjabam quietly piercing the narrative.

The camera follows Hanjabam as he walks around a lane in Imphal recounting a rainy evening some years ago when he was out on a date with a man and was accosted by a police jeep. “First they quizzed us, then made us kneel and then they beat us with lathis,” he said wondering aloud if this was society telling him where he should be — in the closet. Instead, in the years that followed, Hanjabam pulled himself out of the drug-induced downward spiral he was on and birthed a mini revolution in Northeast’s valleys with ‘Ya. all’ — India’s first all-trans football team that he set up in 2020 to reclaim queer representation in sports. Meaning ‘you all’ in English, ‘revolution’ in Manipuri and ‘inclusive revolution’ when combined, Ya. all symbolises the promise of precious refuge for the community.

Every Saturday and Sunday, a chorus of cheering players — all transmen between 18 and 27 in spandex jerseys — stretch out on Imphal’s PCC parade ground. But before they start kicking the ball into the net, the assortment of players — a security guard, a tuition teacher, a hairdresser and a bunch of school and college students — sit down in a circle and over a breakfast of milk, eggs and bananas, find release for all their hidden, pent-up feelings and everyday stress. The team comprising trans-men — born female and conditioned to have little control over their own life — have been jeered at by friends and neighbours for being “a wannabe” or “a tomboy”; instructed by family to “grow hair, wear dresses”; and rebuked for “risking their chances of finding a suitable groom. ” But they’ve learnt to shrug the fear off.

Aishwarika and Menaka Devi are now able to speak bravely of their choice and their new names Iso and Miller as they transition. “It’s just nice that we can prove that football isn’t a sport that only boys can play and neither do I have to play in a girls’ team to show how good I am,” beams Iso, the team’s striker. The 20-year-old recalls the time her body was at odds with her mind and environment. “I liked doing boyish stuff, wearing pants and shirts and keeping my hair short. But there were many things that I didn’t know about why I felt different until I joined this group and met others who identify the way I do. The fear and guilt have gone and I don’t mind standing out as a ‘tomboy’,” he says.

Like many of his peers, Miller, the team’s captain, continues to struggle to make family and friends accept his identity. “But in Ya. all we live like brothers and now the same people with whom I’ve had endless fights, come and watch us practise, even offer tips. ” Living in a region fraught with insurgency, unemployment and substance abuse, channelling identity or queerness wasn’t easy. “Survival itself is a daily battle here. Another layer of anguish is added if one is queer. It’s why I started looking for ways to belong,” says Hanjabam.

What started as a secret WhatsApp group soon transformed into a sports collective to promote a safe and fun space for the community. “When you speak in classrooms or seminars, people don’t absorb or open up like they do on a sports field,” says Hanjabam, who launched an annual flagship event called Queer Games to challenge the lack of openly queer sportspersons in India and advocate for inclusion and against discrimination in sports. The next step was the firstof-its-kind all-trans team of 15 men. “In this conflict-ridden border state, football isn’t just a game,” says Hanjabam stressing on the emotional connection it has had with Manipur which has produced many talented players over the years.

For this part of the country’s queer community, Pride month is not about parties and parades. “Sports is how we safely celebrate pride and bring visibility to the transgender community that most people mistake as hijras,” says Hanjabam. While the trans league has been playing exhibition matches to packed stadiums in and around Manipur, the latest edition of Queer Games last week saw a seven-a-side football tournament with mixedgender teams comprising all queer and non-binary folks.

“Homophobia is still rife in Indian sports and my mission is to create a queer affirming environment for people of diverse gender and sexual identities to compete in,” he says. The tournament also marked another chapter for Ya. all when they unveiled a first-of-its-kind housing shelter for homeless queer youths. “Apart from sustaining the team, the money we raise through the tournaments will be used for running this safe space, providing legal help and skills to the larger LGBT community in the Northeast. 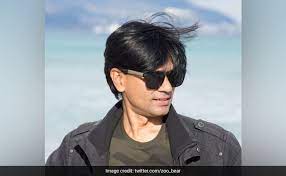 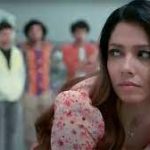