According to the new order issued by the government, now their application will be considered if their names are registered with the State AIDS Control Committee. In addition, if they have a voter ID card where they are identified as transgender persons, they will be considered.

“According to the procedure issued by the order of 2013 to third-gender citizens, they are being given relaxation in obtaining identity proof and residential proof, considering the difficulties faced in obtaining written proof. The authorities would not ask the third gender people to get the ration card,” the official said in a statement.

For availing the facility of ration cards, the application of transgender people can be considered if their names are listed in the State AIDS Control Organization or they have a Voter ID card received as a voter mentioning “third gender” in the voter list. They can also avail of the facility if they have a certificate issued by the Chief Social Welfare Officer to the third gender under section 5 of the Third Gender (Inspection of Representatives) Ordinance, 2019.

A person who is the Chief Social Affairs Department Welfare Officer also can get the benefit of this new notification. (ANI) 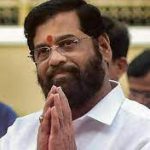