The poster for Richa Chadha’s film ‘Madam Chief Minister’ was revealed, however, it has caused outrage over caste stereotypes.

The poster for Richa Chadha’s Madam Chief Minister has caused controversy over the constant portrayal of caste stereotypes.

Many have praised the trailer, calling it Richa’s potential best work, however, the poster has sparked outrage.

The film is set for a January 22, 2021 release and it is loosely based on the life of Uttar Pradesh Chief Minister Mayawati, a Dalit.

Richa tweeted an image of the poster where she is looking dishevelled and holding a large broom. The poster’s tagline read: “Untouchable, Unstoppable.”

People have been offended by the poster for numerous reasons.

‘Untouchable’ is an unacceptable term in India, however, some Dalits are reclaiming it. Richa’s appearance also implies that Dalits are unwashed and untidy.

For Dalits, the broom is a symbol of the menial jobs that have defined and dehumanised them.

As a result, Richa and director Subhash Kapoor were criticised for being incapable of escaping simplistic conceptions of Dalits, especially as upper-caste citizens.

One person wrote on Twitter: “Over the years, Bollywood in the guise of breaking caste barriers and making progressive cinema has furthered caste prejudices and solidified symbols associated with discrimination.

“What does a Dalit leader going on to become CM have to do with holding a broom?”

Another said: “UCs (who claim to be secular, liberal) understanding of casteism is always flawed.

“Apparently everybody wants to make movies on Dalits these days because it’s profitable and they, in turn, do more harm to the community.”

One netizen commented: “The recent poster of Madam Chief Minister makes me feel heartbroken once more. I lack words to talk about the deliberate reluctance of people to understand things.

“All so-called ‘progressive’ behaviour fails when it comes to how a Dalit is imagined in this country.”

Despite the controversy, Richa dismissed the criticism, calling it an example of “cancel culture”. She urged people to see past the poster and praise the film’s “progressive and transformative” theme.

Author Kancha Ilaiah Shepherd said that caste prejudice was so prevalent within Bollywood that the poster’s creators ignored the fact that Mayawati was educated and was a teacher before becoming the first female Chief Minister of Uttar Pradesh.

“Bollywood is so full of such casteist and foolish minds that they can hardly be expected to make what this film claims to be: a socially relevant and transformative film.”

Despite being India’s most powerful cultural force in shaping the perceptions of millions, the film industry continues to unsuccessfully tackle India’s caste realities.

When Dalits are depicted on-screen, they are shown as menial labourers or as victims of upper-caste exploitation. 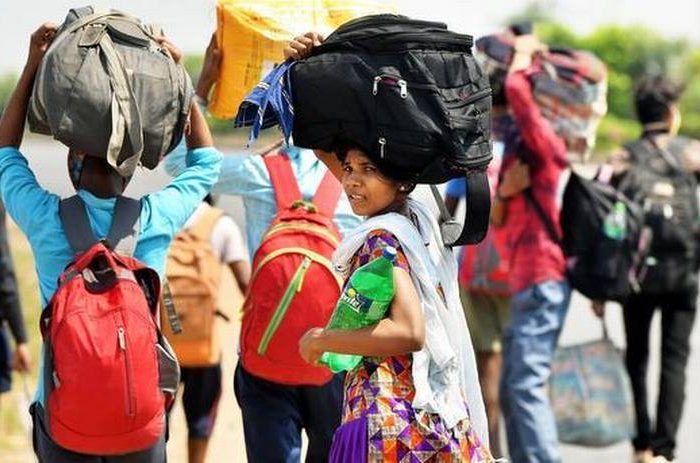