Radical Hindutva, that denies the existence of Christianity, Judaism, Islam, Buddhism, Sikhism, and any other religious beliefs has been on the alarming rise ever-since radical Hindu Narendra Modi and his neo-Nazis came to power in 2014. Under the absurd excuse of so-called forced religious conversions, almost everyday members of the religious minorities and Dalits are targeted by the radical Hindus belonging to Bharatiya Janata Party (BJP) in particular and their Hinduist cohorts in forcing Christians, Muslims, Jews, Buddhists, Sikhs and Dalits in particular in getting converted into Hinduism. Draconian anti-conversion laws and majoritarian vigilante groups have all but ended the freedom to choose a new faith in India.

The Universal Declaration of Human Rights, proclaimed by the United Nations in 1948, is a landmark document. It accorded all humans the same rights – the first time in history that this had ever happened.

Or well, that was the idea at least. In the real world, it’s a bit different. Take Article 18 of the charter that describes the right to freedom of thought, conscience, and religion. It explicitly states, “this right includes freedom to change his religion or belief” – a tenet India does not subscribe to.

In fact, far from recognizing a right to convert, the Indian state and powerful Hindutva groups use the bogey of so-called forced conversions to harass minorities (mainly Christians in this case). Several radical Hindu groups including ‘Hindu Yuva Bahini’ (Hindu Youth Force) are targeting members of the religious minorities and forcing them into converting into Hinduism. Anyone refusing it would only suffer unending ordeals. Female members of the Christian and Muslim community in particular would regularly face extreme forms of persecution, including sexual assaults – if they refuse to convert into Hinduism.

Members of the ‘Hindu Yuva Bahini’ are attacking priests of churches, while the law enforcement agencies – instead of taking action against these radical Hindu thugs, play a notoriously biased role and in most cases put the affected members of the churches and Christian communities into further legal harassments.

Bharatiya Janata Party (BJP) and Rashtriya Swayamsevak Sangh (RSS) are dreaming of ensuring a 100 percent Hindu India by 2030 by getting the members of every religious minority groups converted into Hinduism. Additionally, members of RSS and Hindu Yuva Bahini are involved in raping Muslim girls and women with the mission of giving ‘Hindu seeds’ in them while some of the Christian and Muslim girls are forcibly married by these radical Hindus and converted into Hinduism.

This religious discrimination isn’t a one-off event. It is, in fact, enshrined in law. Five states across the Indian Union ban conversion in all but name. In Orissa, Madhya Pradesh, Chhattisgarh, Gujarat and Himachal Pradesh the process of conversion is regulated to such a Kafkaesque degree that it is impossible to carry out – which was precisely the motive of the framers of the law.

In September 2014, for example, the Madhya Pradesh police had arrested four Dalits for converting to Christianity. The four men had decided to change their religion driven by the caste system – a move perfectly in consonance with the Universal Declaration of Human Rights and, indeed, common sense. Yet, they broke the law by not taking the permission of the Madhya Pradesh state government.

As per the Madhya Pradesh Freedom of Religion Act (a suitably Orwellian name for a law that actually curbs religious freedom), for a person to change his faith he needs the permission of the state administration. Even as the BJP-controlled state government booked them, the wider Sangh Parivar sprung into action putting pressure on their community (their crops were burnt and a social boycott instituted) and eventually forcing them to convert back to Hinduism.

In effect, then, apostasy from Hinduism is practically disallowed in Madhya Pradesh. The law as well as majoritarian groups will make sure it never happens.

How did things get so bad in secular India?

There were no anti-conversion laws in British India. After Independence, the Lok Sabha debated two bills that sought to curb conversions, the Indian Conversion (Regulation and Registration) Bill of 1954, and, six years later, the Backward Communities (Religious Protection) Bill. While both bills had wide support, Nehru, playing his usual role as the one-man vanguard of Indian progressivism, saw that both were eventually binned.

Predicting the repressions such laws could engender, Nehru argued with remarkable prescience that these laws, “will not help very much in suppressing the evil methods [of gaining converts], but might very well be the cause of great harassment to a large number of people. Also, we have to take into consideration that, however carefully you define these matters, you cannot find really proper phraseology for them. The major evils of coercion and deception can be dealt with under the general law. It may be difficult to obtain proof but so is it difficult to obtain proof in the case of many other offenses, but to suggest that there should be a licensing system for propagating a faith is not proper. It would lead in its wake to the police having too large a power of interference.”

Foiled at the Union level, anti-conversion laws had greater success in the states. In 1967, Orissa, then ruled by the right-wing Swatantra Party, became the first state to enact a “Freedom of Religion” Law. Madhya Pradesh followed suit the next year, with Gujarat and Himachal Pradesh following with similar legislation. Chhattisgarh inherited Madhya Pradesh’s law when the state was partitioned. Arunachal Pradesh also has an anti-conversion law on its books, but since the rules for the act haven’t been framed, it remains a dead letter. The Rajasthan Assembly has already passed an anti-conversion bill that awaits the President’s assent to be made into law. Interestingly, the laws in Himachal Pradesh and Arunachal Pradesh were promulgated by Congress governments, which shows how similar the two big parties in India view this matter.

All these state laws are remarkably similar in scope. None of the laws directly ban conversion. Instead, they ban conversions by means of “force, allurement, inducement or fraud” – but of course they leave these terms quite undefined, which gives the administration and its agents almost draconian powers.

What is a forced conversion?

For example, “force” also includes the “threat of divine displeasure”. So, farcically, if a missionary informs a person that only Christians are allowed entry into heaven – a core part of the faith – that could also be construed as “force”. This interpretation of “force” was upheld by the Orissa High Court in Yulitha Hyde v. State of Orissa. It held that the “threat of divine displeasure numbs the mental faculty; more so of an undeveloped mind and the actions of such a person thereafter, are not free and according to conscience”.

Note how the court infantilizes its citizens here, calling their very minds “underdeveloped”.

Again, “inducement” or “allurement” is defined broadly to include “the offer of any gift or gratification, either in cash or in kind and shall also include the grant of any benefit, either pecuniary or otherwise” (Orissa Freedom of Religion Act, 1967). This problematic definition was even noted by the High Court of Orissa in Yulitha Hyde vs State of Orissa and called out for its extremely wide scope. For example, any charitable work carried out by a religious organization could come under a “grant of benefit”, as would free education or healthcare. Unfortunately, in Stanislaus vs State of Madhya Pradesh (1977), the Supreme Court struck down the Orissa High Court’s ruling and upheld this vague definition.

To really see how absurd these laws are, one needs to come to “fraud”. Since none of these laws care to define what it is, theoretically, almost any religious tenet not matching scientific fact could be fraud. So, a person preaching that “Adam was the first man on earth” could be committing fraud since there is no way to prove that in the material world. On paper, fraud could even be applied to the RSS if they propagate the tenets of Hinduism. But of course, given the majoritarian attitude of the state administration, the law is almost never used in cases of conversion to Hinduism.

Two of these acts – Madhya Pradesh and Gujarat – take the Big Brother state to absurd lengths. Both require the person converting to take the permission of the state government. That Narendra Modi and Shivraj Chauhan think that citizens need the permission of the government in order to think their thoughts and adopt beliefs or ideas is an extremely disturbing development – one that strikes a particularly large nail into the coffin of Indian progressivism.

When these laws first came out in Orissa and Madhya Pradesh, they were immediately challenged in the courts. Matters eventually reached the Supreme Court in 1977, wherein the landmark case, Stanislaus v. State of Madhya Pradesh, the court held that conversion, per se, is not a fundamental right under Article 25 and can be regulated by the state.

Like in the case of the India’s many beef laws, this was a disappointing stand taken by the Supreme Court, ignoring the global consensus as well as the crucial role of conversion in combatting caste in India. Bhimrao Ambedkar had for almost all his life advocated conversion for Dalit emancipation, in the end himself converting to Buddhism in 1956 along with lakhs of others. Ironically, while Ambedkar had the freedom to advocate conversion in colonial India, a free India would probably severely censure or even jail him today. 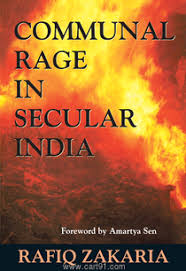