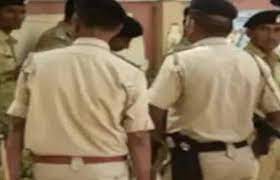 Police in Lakhimpur Kheri on Tuesday moved to add the kidnapping and gang-rape charges in connection with the brutalisation and murder of two Dalit sisters, after six days of denying that the teens had been taken away by force and facing allegations of trying to besmirch the character of the victims.

Cops from Nighasan in Uttar Pradesh’s Lakhimpur Kheri district submitted an application in a local court requesting its permission to add the penal code sections 376 (gang rape) and 364 (kidnapping with the intention to kill). The police have also sought three days’ remand of the accused, who are in judicial custody. The court granted 14 hours’ remand.

The six arrested persons had earlier been booked for rape and murder, with the district police chief maintaining that the two girls, aged 15 and 17, had gone willingly with two of the accused on September 14 as they were “friends” and that the sisters had been piling pressure on the duo for marriage.

Sanjay Nath Tiwari, the circle officer of Nighasan, was quoted by the local media as saying in his application before the court that “it has come to light during the investigation that the girls were kidnapped and then gang-raped before being hanged from a tree with their dupattas”.

The mother of the girls had said earlier: “The goons kidnapped my two minor daughters before my eyes on September 14 late afternoon.

“Now the police are saying that my daughters were in a relationship with the criminals and had gone with them willing. The fact is that they had tried to escape from the clutches of the criminals, who had come near our home on two motorcycles and kidnapped them. The criminals had pushed me away when I tried to save my children. Shards of glass from my bangles injured my wrists. The police have ignored my version and misinformed the media that my daughters were of questionable character.”

While announcing the arrest of the six accused — Gautam Kumar, Mohammad Suhail, Hafizur Rehman, Mohammad Junaid, Mohammad Karimuddin and Arif Hussain — Lakhimpur Kheri police superintendent Sanjeev Suman had said on September 15: “The girls had gone with Suhail and Junaid willingly, they were not kidnapped. These two accused had a friendship with the girls, who were mounting pressure on them for marriage. According to the post-mortem report, the girls were raped, strangled and then hanged from a tree.”

Suman had said on September 17: “We have enough evidence to prove that the victims and the killers were in touch with each other for long. There are call details to substantiate this. We arrested the accused soon after the incident and cracked the case. We also have statements of the villagers to substantiate our point.”

On Tuesday, Suman was not available for comment on what prompted the police to add the kidnapping charge.

Note: This news piece was originally published in telegraphindia.com and used purely for non-profit/non-commercial purposes exclusively for Human Rights . 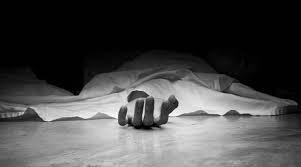 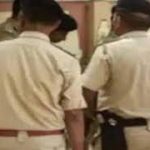