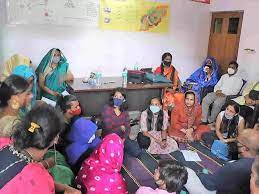 The latest data on students enrolled in schools across India shows transgender participation at just 61,214 students with 12 states and Union Territories showing zero participation of students from this group of society. The report, based on data from the Unified District Information System for Education , was tabled in the Rajya Sabha on March 23. “This report gives you enough indication that transgender people have been deprived of their rights. Many transgender and intersex children may not identify themselves as such but they are at higher risk of bullying in schools. We need zero tolerance for bullying based on a sexual characteristic, gender identity, or sexual orientation in schools,” says Dr Aqsa Sheikh, a transgender activist, and transwoman doctor.

Transgender is not a term limited to persons whose genitals are intermixed. It is a blanket term used for people whose gender expression, identity, or behaviour differs from the norms expected from their birth sex. As per Census 2011 or any other report, India has 4.8 lakh transgenders in India. The dozen states which have zero participation of transgenders in schools include the National Capital Delhi.

The education model implemented by the Arvind Kejriwal-led government is promoted all over the country by the Aam Aadmi Party for its inclusive approach to increasing the education graph in the National Capital. The government has been trying global best practices to give children a world-class education, but the lack of Transgender students in schools has exposed a major flaw in the system. “Delhi boasts of reforming its government schools under the AAP government, in such a scenario, leaving Transgender children behind is a travesty. Delhi has also been lacking behind in other aspects of transgender welfare. The UT is yet to notify state transgender rules, create a policy, or establish a transgender welfare board,” said Dr Aqsa.

Right to Education Under the Right to Education Act 2009, all children have a right to free and compulsory education up to the primary level. However, the report presented in Parliament shows that some transgender people have been deprived of the right to education. Under Section 3 of the Transgender Persons Act, it is to be ensured that no discrimination is done against transgender persons at various levels in society. Rule 10 (4) prohibits discrimination in private and public education institutions under their purview. It is the primary duty of educational institutions to strictly enforce the provisions mentioned in the Act at all places.

“It is important that the state and society recognise that unless transgender, gender non-conforming and gender non-binary persons have equal access to education and employment without fear of harassment and violence,” Sayantan Datta, a queer-trans science journalist and faculty at the Centre for Writing and Pedagogy, Krea University, said. To create a favourable environment for students and employees coming from the transgender community, Sayantan suggested sensitising training sessions.

“Active intervention from the government and the state to create affirmative policies that enable transgender, gender non-conforming and gender non-binary persons to pursue education.” As per the Act, the transgender will study in schools and colleges with all facility approving their admission under the category of “disadvantaged group.” Also, they are eligible for 25 per cent reservation under the economically weaker section (EWS) and disadvantaged students category for admission. In 2009, India’s Election Commission took the first step by allowing the transgender to choose their gender as “other” on ballot forms.

However, India is not the first country to recognise a third gender. In India, the population of transgender persons is around 4,87,803 with a literacy rate of 57.06% according to the 2011 Census. In 2011, there were 54,854 transgender children below the age of six. These children are now between the ages of 10 and 16 and should currently be in school. “From our school uniforms to seating arrangements, from the school assembly to the washrooms, this binary expression does not acknowledge the existence of transgender persons.

This impacts mental health to a great extent and results in high school dropout rates,” Bhavya Pahwa, a transwoman pursuing medical education in Delhi said. “Due to the insensitive environment at schools, most students are afraid to open up about themselves. So the figures released by the ministry aren’t questionable as there are many students who aren’t ready to identify themselves as transgender in public,” Pahwa said. Activists working for the welfare of the transgender say the community is “ostracized” and is fighting against its “no acceptance.”

Also, they stated that transgender people face high levels of stigma in almost every sphere of their life such as health, schools/colleges, employment, social schemes, and entitlement. Pahwa says the schools are the first place where the community faces the first setback from the community and makes them “emotionally unstable”. Many transgender people News9 spoke with pointed out that most parents aren’t ready to listen to their children who are transgender. They demand gender-neutral uniforms in educational institutes.

“Parents and teachers should praise the achievements of their children who are transgender. It will encourage more such people to join schools,” Pahwa said. “We also need infrastructural changes. These include gender-neutral washrooms and gender-neutral hostels. More than anything else, they are institutional support. For example, most schools have gendered uniforms. That makes it very difficult for transgender or gender non-conforming kids. All sports activities in schools and universities are also heavily gender-segregated.

UGC guidelines: These stress including a column for the transgender category in all application forms/academic testimonials and all other relevant documents processed by them and as well as their affiliated colleges. NISHTHA: It is a nationwide integrated teacher-training program under Samagra Shiksha. Teachers are trained for the relevance of gender dimensions in the teaching and learning process which helps teachers to use and adapt learning activities by fostering a gender-sensitive classroom environment.

Note: This news piece was originally published in news9live.in and used purely for non-profit/non-commercial purposes exclusively for Human Rights. 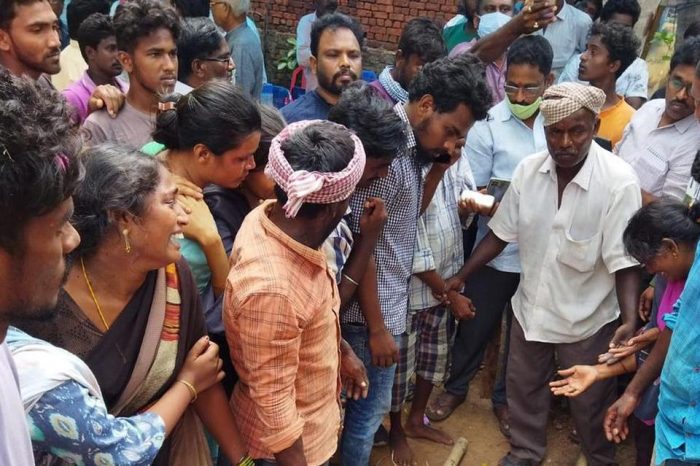 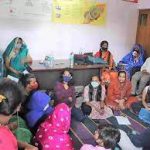