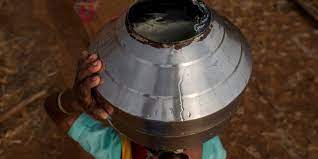 In a rather baffling incident, certain ‘upper caste’ residents of Heggotara Village of Chamarajanagar District in Karnataka drained all the water from a tank, from which a Dalit woman drank water and ‘cleaned’ it with gomutra or cow urine. The incident occurred on November 18 during a wedding when the bride’s relatives from Sargur in HD Kote taluk had come for the wedding. After the ceremony, when they were walking towards the bus stand, one of the women drank water from the tank. A man, upon seeing this, called other villagers and they all berated the woman for sullying the water in the tank.

After the woman left the village, the residents of Lingayat Beedhi opened the taps of the tank, released all the water, and cleaned it with gomutra.

The revenue inspector and village accountant conducted a spot inspection and confirmed the incident. The officials later submitted a report to the tehsildar. ON Sunday, tehsildar IE Basavaraju and social welfare department officials visited the spot and held discussions with villagers. The officials told villagers that the water storage tank is a public property and everyone could drink water from it. The tehsildar also took over 20 Dalit youth to all public drinking water taps in the village and made them drink water, reported Hindustan Times.

Further, the tehsildar is trying to track the woman who was abused to record her statement and file a complaint, A complaint has already been registered by members of the community at Chamarajanagara rural police station.

It can be seen in this video how, in a wasteful manner, the water of the tank is being drained out for it to be cleaned later with cow urine, in a mindless bid to purify it.

In a similar instance which led to the death of a Dalit man, a group of people assaulted a 45-year-old for drawing water from a tubewell in Soorsagar, Jodhpur district of Rajasthan, on November 7. Ashok, the deceased’s brother, claimed that the accused prevented the victim’s family from taking him to the hospital. The critically hurt man wasn’t taken to a hospital until after police arrived, according to the brother; there, he died from his wounds.

It is pertinent to note here that such acts are an infringement of Article 17 of the Indian Constitution which abolishes untouchability and also are punishable as offences under the Scheduled Caste and Scheduled Tribe (Prevention of Atrocities) Act, 1989 under the following sections:

3 (1) (r) [intentionally insults or intimidates with intent to humiliate a member of a Scheduled Caste or a Scheduled Tribe in any place within public view],

3(1)(s) [abuses any member of a Scheduled Caste or a Scheduled Tribe by caste name in any place within public view],

3(1)(za)(A) [obstructs or prevents a member of a Scheduled Caste or a Scheduled Tribe in any manner with regard to— (A) using common property resources of an area, or burial or cremation ground equally with others or using any river, stream, spring, well, tank, cistern, water-tap or other watering place, or any bathing ghat, any public conveyance, any road, or passage 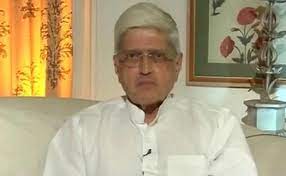 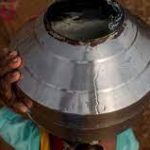