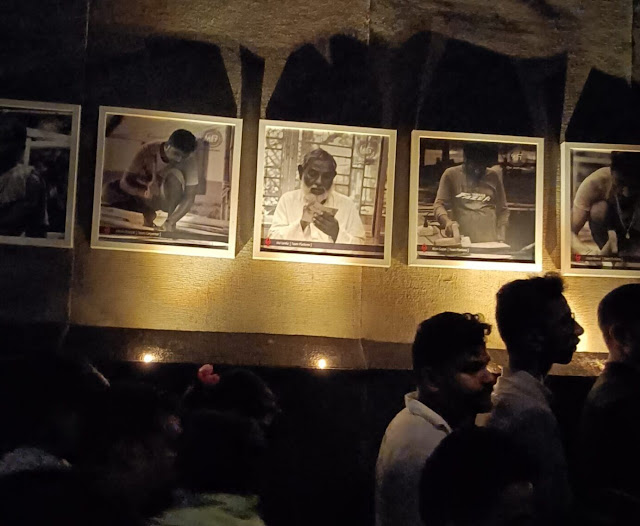 The UNESCO’s intangible culture heritage tag won by Kolkata’s Durga Puja festival in 2021 led to a slanging match between two political parties claiming credit for themselves. But the preparations and documentation of the Durga Puja celebrations and all its ingredients had started years before these parties came to their present positions of power.

Irrespective of the claims and its timeline, the real heroes to achieve this feat are innumerable artists who ideate out of the blue, quite literally, and thousands of manual workers who implement these ideas into magnificent structures which become visual treats for visitors to wonder at.

As art has no frontiers, the myriad colours at these Durga Puja pandals create immense possibilities with visuals — from the depiction of mythological stories to science fiction themes, or a typical rural Bengal scenario to the Vatican City or the Burj Khalifa.

There is no advertising tagline like “you name it, we make it” for these artisans, but they do erect near-real replicas of famous buildings and structures year after year and then vanish into their interior villages.

Not just the themes and colour schemes of the pandals, but the various materials used to erect huge replicas too are mind-boggling.

Clothes, ropes, strings, cardboard, tree barks, wood logs, bamboo, plastic vessels, cotton wool or even the innocuous ‘gaamchha’ can be put to brilliant use to convey a theme or replica of a famous structure.

While the UNESCO tag has recognized all this craftsmanship, the Puja organisers this year have honoured its workers in their genius ways.

About 20 kilometres to the northern edge of the city, another Puja pandal has honoured all its workers by putting up their photos at work all along the pathway where people queue up to have a glimpse of the presiding deity Durga inside.

In many other pandals, the crafts and materials have been chosen in a way that brings employment to the poor handicrafts and cottage industry sectors.

The terracotta idols of Durga, her children and the theme pandal at nearby Tala Park has provided much-needed jobs to the potter community reeling under financial stress for two or more years.

At another pandal in south Kolkata, a club’s puja theme is the innocuous ‘Gaamchhaa’ (Indian bath towel), described as a daily essential and ritual too. Thousands of such ‘Gaamchhas’ were woven by weavers elated with the huge orders on the eve of the Durga festivities.

But who has asked the puja organisers to honour these workers, either with the display of their fingerprints or photos or by giving them huge orders? None.

Puja organisers have themselves decided to honour the poor workers, an attitude generally associated with the state’s political force which was vanquished a decade ago by the party they follow.

There is a dichotomy in the situation that was best explained by the argument that empathy for the working class in Bengal has now been so generalized that it transcends traditional ideological barriers, except for the hardcore right-wingers.

*Senior Ahmedabad journalist who was recently in Kolkata. A version of this article was first appeared in Global Bihari. All pix by author 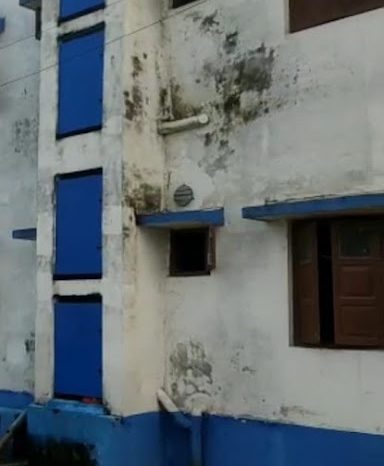 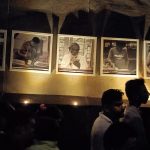