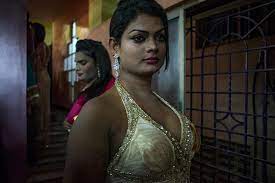 KOLKATA: A handful of talented but marginalised women – underprivileged, sex workers, trafficking victims and transgenders – have been receiving support from an unusual quarter to rebuild their lives. Businessman Namit Bajoria has been the pillar of hope for these women, and some young children, for whom ‘Kutchina Krritika’ turned out to be a “friend in need”.

Since 2014, Bajoria, the founder of Kutchina, has been helping empower talented but underprivileged women and young girls to become social entrepreneurs with the project. Kutchina Krritika is one of the first enterprises by an Indian businessman to reach out to diverse people of disadvantages background, like sex workers and transgenders, and help them become community leaders. So far, the programme has benefited more than 21 people across India and Bajoria hopes to increase the number to at least 50 by the next few years.

“Women make for our largest demographic of customers. Since what we earn comes from women, I thought it was important to give back to the community by helping the women coming from disadvantaged sections of society,” Bajoria said. “Till 2014, our main philanthropic endeavour was to contribute to various charities. But at some point I thought, why don’t we start our own initiative to contribute to women empowerment?”

The support structure provided under the Krritika program includes funds, resources, skill development, mentoring and networking. Bajoria explained that after a detailed and scrupulous selection process, women are selected as Krritika awardees on account of how needy the women are and the ingenuity of their ideas for the progress of their community.

“I am really happy that we have even been able to reach out to victims of human trafficking and sex workers and have been able to give them the resources for alternate forms of income. Our priority is not just to provide funds but also a support system to create opportunities for these women so that they can go on to recreate the process. The victim of human trafficking was able to start a skill training centre for other former victims,” Bajoria said.

Such a programme from a business enterprise for the transgender community in India is rare. Transgender rights activist Ranjeeta Sinha, one of the beneficiaries of the project, said, “Considering the LGBTQI community is still struggling for representation, for a businessman to consider supporting the community since as early as 2014 is really extraordinary. It was a milestone. With the fellowship funds that I received, I have conducted training sessions and workshops for people of my community who have, in turn, become empowered, professionally and financially.” Gender rights activist Bappaditya Mukherjee, a friend of Bajoria, who had made several LGBTQI nominations for Krritika agreed, “This has been one of the earliest programmes in India by a company that recognised and supported transgenders. The beneficiaries are thankful because through Krritika, they can now support not only themselves but also uplift their community.”

Bajoria urged aspiring philanthropists not to stop at merely donating money to charities. “It is much more impactful if you try to get involved in the process of imparting education and creating jobs as that helps society as a whole. The moment a woman is empowered with a job, four or five people in her immediate family are uplifted, along with her,” he said.

Chalking out the future for Kutchina Krritika, Bajoria said, “During the uncertain times at the height of the pandemic, we decided against taking on any more Krritikas but focused on supporting our existing Krritikas. Now, I hope to increase the number of our Krritikas from the current 21 to more than 50. It is our mission to empower women from various fields across the country.” 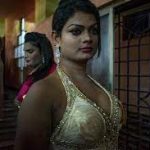