Although survivor Ashwani Sharma has filed an FIR against his father and paternal aunt for the attempts on his life, his lawyer believes the police are deliberately delaying the investigation.

Udhampur (Jammu and Kashmir): For the last few months, the sole refuge for Ashwani Sharma and Lakshmi Devi from the wrath of Sharma’s father and paternal aunt has been a single, shabby rented room in Sial Sallan village, Udhampur, Jammu and Kashmir.

This is the only accommodation the couple has been able to afford since this January, when Ashwani’s father Sat Pal Sharma and paternal aunt Ram Pyari allegedly attempted to set him on fire because he had married across the boundary of caste. The burn injuries Ashwani suffered in the incident led him to quit his work as a truck driver and now he, Lakshmi and their two children all live on the Rs 1,200 per month she earns as a domestic worker, together with some help from their fellow villagers.

Ashwani is from an ‘upper caste’ Brahmin community and has been married to Lakshmi, who is from the Dalit community, since 2009. Although the couple has been together for more than a decade now, Ashwani’s family continues to reject Lakshmi and threaten Ashwani with consequences for remaining with her. The January 2021 attack on Ashwani was the second attempt on his life by his father and aunt, according to the couple. Ram Pyari, they alleged, had tried to poison Ashwani last May when he continued to reject their demands that he divorce Lakshmi.

“Most of the time, ‘honour crimes’ go unreported in Jammu and Kashmir,” Dalit rights activist Manmohan Thappa told The Wire. Even if they are reported, he added, they tend to quietly disappear.

Every year, hundreds of youngsters in India who dare to love or marry outside their caste face similar violent attacks, mostly by their own family members. According to Ajay Kumar Mishra, the minister of state in the Union Ministry of Home Affairs, there have been 145 incidents of “honour killing” in the country between 2017 and 2019.

“Ninety-two incidents of honour killing took place in India in 2017, 29 in 2018 and 24 in 2019,” the Union minister had said in reply to an unstarred question by a member of parliament on August 11 this year.

According to Mishra, Jharkhand had had 50 honour killings between 2017 and 2019, Maharashtra had 19 in the same period and Uttar Pradesh 14.

Jammu and Kashmir had had only one honour killing in that period – in 2019, according to data from the National Crime Record Bureau (NCRB).

But that is not to say that there are usually no so-called crimes of honour in the union territory, said Thappa, who has been organising protests and meeting various civil and police officers to help Ashwani get justice.

“Even if the cases are reported, the investigating officers don’t charge the accused with stringent sections of the law. This is why most cases in which the victims hail from marginal communities don’t stand trial and this encourages the accused,” he said.

Thappa points to what happened to the complaint filed by Lakshmi in Ashwani’s poisoning case as an example of what usually happens with caste-based crimes in J&K. On August 20, 2020, Lakshmi had filed an FIR against eight people including Sat Pal, Ram Pyari and Ashwani’s uncle Puran Chand, who is a local councillor from the Bharatiya Janata Party (BJP), but the case had been abruptly closed by the police who claimed that all the parties concerned had settled the matter out of court, though neither Lakshmi nor Ashwani had signed the document of compromise.

“Ashwani Sharma was forced by senior police officers to withdraw his wife’s complaint after he was poisoned. In spite of the fact that neither he nor his wife had signed the compromise document and still have not done so even today, the police said that case was settled outside the court. The negative role of the police in such cases needs to be checked and corrupt officers punished. But that’s not happening in J&K,” Thappa said.

In 2009, Ashwani married Lakshmi, a divorced Dalit woman, without the consent of his parents. Since he knew that his marriage would never be accepted by his dominant caste family members, he and Lakshmi lived in a rented house in Jammu’s Samba district. Soon, the couple moved to Udhampur and lived for some months in a rented room in the Roun Domail area.

Every now and then, Ashwani visited his parents at Rathian Danna village to plead with them to accept their daughter-in-law. But they allegedly told him every time: “Eh Chamari ye te asse’n isi apne mohalle ni raun sena (She is a Chamar [a Dalit] and we will not let her live in our neighbourhood).”

On March 16, 2020, Ashwani lost his mother Sushma Devi and brother Rahul Sharma in a road accident. “For the next two and a half months, I lived with my father while Lakshmi and the children remained in Roun Domail. On June 7, 2020, my chachi, Ram Pyari, who has often cursed me for marrying a Dalit woman, poisoned me,” Ashwani said. “I knew I had been poisoned because I started vomiting blood.”

He went to the district hospital to confirm his suspicions, he said, but claims that the medical records of his visit to the hospital have been misplaced.

Later, Ashwani added, his aunt threatened him with dire consequences “if my wife and I ever visited our home at Rathian Danna village again”.

On January 13, 2021, Sat Pal allegedly invited Ashwani to his home at Rathian Danna for “Lohri celebrations”.

“Because my father had asked me to come alone, I didn’t take my wife with me,” said Ashwani. “On January 14, as my father and I discussed some property-related matters, my chachi poured kerosene oil on my body and threw a matchstick towards my father. As my father set me ablaze, my aunt and grandmother ran to their room and watched from the doorway.”

Ashwani saved himself by running out of the house and rolling on the ground to douse the flames. A group of people who had been drinking near Sharma’s fields heard Ashwani cry out and took him to the hospital.

From the district hospital in Udhampur, Ashwani was referred to Shri Maharaja Gulab Singh Hospital in Jammu for “advanced treatment”. For the next fortnight he underwent treatment at the Jammu hospital.

“But when I ran out of the money I’d saved, I ran away from the hospital,” Ashwani confessed.

When an Udhampur-based news portal shared Ashwani’s story, a Muslim woman who lived in a nearby village and was a nurse began to visit Ashwani every day to change his dressings free of cost until his burns healed. “She was an angel,” said Ashwani. “To date, I don’t even know her name.”

While Ashwani and Lakshmi claim that Sat Pal and Ram Pyari had set Ashwani on fire, Sat Pal claims his son had attempted to take his own life.

“On Lohri he had come to meet us at Rathian Danna. The next day, he locked himself inside one of the rooms and threatened to kill himself if we didn’t accept his wife. I tried to convince him not to do it but he set himself on fire,” alleged Sat Pal.

“I somehow broke open the doors but he ran to another room where he made an attempt to end his life,” the senior Sharma added.

Sat Pal still refuses to welcome Lakshmi into the family. “She is a divorced lady and a Dalit. If we accept her, it will cause a huge dent to our reputation in society. I’ve already lost one of my sons. Ashwani is dear to me; I’m ready to give him whatever I have. But I cannot accept the woman he has married,” said Sat Pal.

The struggle for an FIR

According to Ashwani, the Udhampur police did not register an FIR against his family members till May 2021, about four months after the crime was committed in January.

“After my burns healed, I filed a complaint with the police in Udhampur and then visited the police station every day for about two and a half months to request the then station house officer to register an FIR against my father and two of my aunts. But he would always tell me to come another day,” said Ashwani. He alleged that the police had been stalling the registration of the FIR at the behest of his uncle Puran Chand, a local BJP leader who is close to senior BJP leaders in Jammu and Kashmir and New Delhi.

Eventually, although Ashwani and Lakshmi could not afford a lawyer, they persuaded an advocate named Gulshan Singh to take on the case pro bono.

“I straightforwardly told Gulshan Singh that I didn’t have money to pay his fees and requested him to fight my case free of cost. The lawyer was moved by my request and approached the court to intervene and the FIR against my family members was registered in May 2021,” Ashwani said.

The FIR charges his father Sat Pal Sharma, aunt Ram Pyari and grandmother Maya Devi with crimes under sections 307 (attempt to murder) and 156 (liability of agent of owner or occupier for whose benefit riot is committed) of the Indian Penal Code.

When The Wire asked Sargun Shukla, the senior superintendent of police at Udhampur, why the police had taken four months to register an FIR, he said: “I cannot comment on this without ascertaining all the facts.”

Given the fact that the police took so long to file the FIR, Ashwani and Lakshmi have now pinned their hope for justice on the judiciary.

“If there was no judiciary, the Udhampur police wouldn’t have registered an FIR against my father and other family members who tried to kill me,” said Ashwani.

However, Ashwani’s lawyer Gulshan Singh is not very hopeful. “The Udhampur police have not made any arrests in this case so far,” Singh told The Wire. “They’re not even interested in proceeding with the investigation. They’re definitely doing this at the behest of some influential people to shield the accused.”

Note: This news piece was originally published in thewire and use purely for non-profit/non-commercial purposes exclusively for Human Rights objectives. 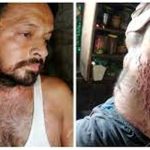