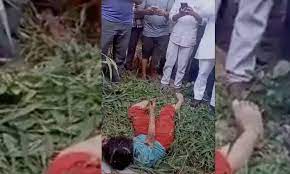 By India Today Web Desk: In a 25-second video, a young girl, badly wounded with bloodstains on her arms, pleads for help but a group of men stand next to her filming her on mobile phones. The 13-year-old from Uttar Pradesh’s Kannauj was found with multiple injuries hours after she went missing from her home on Sunday, October 23.

In the video, the young girl can be seen seeking help but bystanders continue filming her without any attempt to help the injured girl. She pleaded for help until a policeman arrived.

A policeman carried the girl in his arms and rushed her to a nearby hospital for treatment.

It is not clear whether the girl was sexually harassed and assaulted. A case has been registered based on a complaint by the girl’s family but no arrests have been made yet.

Uttar Pradesh Congress on its official handle tweeted the video and said, “In Kannauj, an innocent girl covered in blood was suffering on the roadside but people kept filming. But, the question is who is the culprit and when will he be caught?” 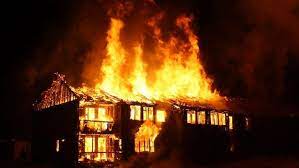 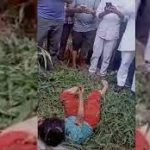