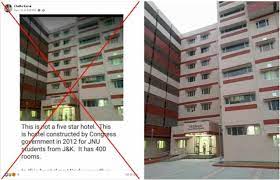 “In this hostel, no Hindus or other religions can stay,” reads a Facebook post shared on April 23.

“Islam students from J&K will stay free of cost and study here at the cost of our whole Indian taxpayers’ money. After completing the study, they will shout slogans against the Indian nation.”

The post says the accommodation block is located at Jawaharlal Nehru University (JNU), a prestigious university in New Delhi.

Jammu and Kashmir — referred to in the post as “J&K” — is a Muslim-majority Indian state which encompasses the disputed territory of Kashmir.

Indian Prime Minister Narendra Modi’s Hindu nationalist government has sought to quell a long-running insurgency in Indian-administered Kashmir and buttress its hold over the region, which is claimed by neighbouring Pakistan and over which the countries have fought two wars.

Kashmiri students say they have been targeted by hate crimes at universities where they travel to study in Hindu-majority India, often faced with a lack of educational resources in their home region.

The same photo was shared in multiple Facebook posts, including here, here, here and here.

However, the claim is false.

The photo shared in Facebook posts was in fact taken at Jamia Millia Islamia (JMI) university, not JNU.

A reverse image search on Google found a higher-resolution version of the photo in a tweet from April 30, 2018 about a new student accommodation block at the Delhi university.

A closer look at the Twitter using the InVID magnifier tool shows a sign at the entrance that reads “J&K Hostel, Jamia Millia Islamia”.

Screenshot of the building sign, circled in red by AFP

Contacted by AFP, Ahmed Azeem, a public relations officer at JMI said the J&K Hostel in the photo was located at JMI.

A memorandum of understanding to build the hostel, which was signed in 2012, said it would house 400 male and female students from Jammu and Kashmir — hence its name “J&K”.

However, when the hostel opened in 2017, it ended up lodging only female students from all parts of India.

“The number of students coming from Jammu and Kashmir did not fill up the hostel. We have to accommodate other students also,” Azeem added.

No discount for Muslims

He said the hostel was reserved for students regardless of religion and that boarders were required to pay fees.

“There are no university facilities that provide free housing to students based on their religion or place of origin. Admission to our hostel is the same for everyone, and each student is required to pay the prescribed fees,” he said.

“The assertion that Muslim students in Jammu and Kashmir receive free lodging is untrue”.

However, he said the university occasionally granted waivers to students from certain states, including Jammu and Kashmir, who “find it difficult” to live outside their home region.

Sudheer Singh, dean of JNU’s student welfare, said there was no hostel called “J&K” at the university, and that there were no fee exceptions for accommodation based on students’ religion or region of birth.

“All students are required to pay the hostel’s fees before being assigned a room. The claim that Muslim students from Kashmir are provided with free accommodation is false,” he told AFP.

Note: This news piece was originally published in yahoonews.com and used purely for non-profit/non-commercial purposes exclusively for Human Rights 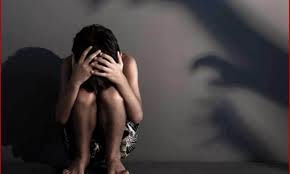 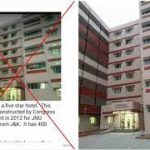