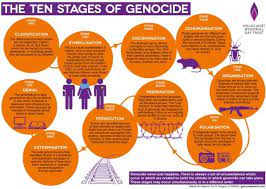 India has reached the 8th stage of genocide with the persecution of the Muslim community. Stating this, Professor Greg Stanton, who heads Genocide Watch, declared a Genocide Emergency Alert for India today at Justice For All online briefing.

Justice For All is an American human rights organization led by Muslim Americans. It had earlier issued a genocide alert for Assam and Indian held Kashmir.

Responding to ground realities manifested in the declarations of hate-laden violence from Dharam Sansads, or Hindu Religious Parliaments, served as the background of the January 9, 2022 leadership briefing organized by Justice For All, anti-genocide human rights organization, said.

It was attended by four hundred community and interfaith leaders from around the United States, Canada and other countries. Justice For All asked for and endorsed the genocide emergency alert announced by the leading watchdog Genocide Watch.

Nadine Maenza, Chairperson of the bi-partisan United States Commission on International Religious Freedom said, “India has a beautiful history of pluralism… but with the BJP leading the government since 2014, we have seen it erode secular principles by aggressively advocating for a pure Hindu state”. Referring to the recent Hindu religious parliament as “beyond troubling”, she further said, “The US Congress must raise religious freedom concerns in US-India bilateral relationships.”

Prof Stanton, founder of Genocide Watch, and developer of the 10 Stages of Genocide, reminded the audience that Prime Minister Narendra Modi’s “political base is the base that is held by the RSS… ”, and that the RSS is “filled with hate ever since it was founded, it is basically a Nazi organization, and in fact admired Hitler”.

Stating that India has been taken over by an extremist party, he disclosed that his research organization believes that India is at Stage 8 of genocide, Persecution, just one step away from conducting extermination, and warned that Modi “will be very happy to just watch it happen”.

Reiterating an appreciation of India’s culture, Imam Abdul Malik Mujahid, CEO of Justice For All said that the “well-being of Indias’ pluralism and democracy is good for the whole world. So it is in the interest of the world to work together to save India from fascism.”

Director of Save India From Fascism project, Zahir Adil, implored the silent majority, Hindu friends and allies, “Muslims have fought and condemned extremists from our faith, it’s your turn, fight yours!” he stated.

At the briefing, Justice For All released a plan for all interested in preventing genocide in India. Actions can be taken at an individual level as well as for mosques and churches, it was suggested.

Justice For All is an international human rights organization with Consultative Status at the United Nations.

Note: This news piece was originally published in Counterview.com and used purely for non-profit/non-commercial purposes exclusively for Human Rights objectives. 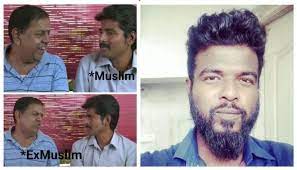 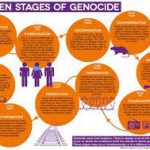