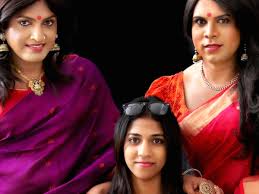 The community faces financial stress and medical uncertainties as government reforms fail to change much on the ground.

Rashmi had waited for years to feel at home in her body, and transition from male to female, but the memories of that process are unpleasant.

“The procedure was excessively painful and expensive. Not everyone has the money and the nerve to go through it,” said the 29-year-old transwoman, who lives in Deoria, and underwent gender affirmation surgery, also called Sex Reassignment Surgery, in 2019.

While the recovery was difficult, it was not easy to amass funds for the long procedure, said Rashmi, as she prepared to leave her house for work on a hot day in May. Her work involves dancing and singing on at least four passenger trains every day on the Deoria-Gorakhpur route in Uttar Pradesh.

She spent Rs 3.4 lakh for her surgery and hormone replacement therapy. Three years on, she remains in debt as she had borrowed money from two of her friends for the procedure.

Thousands of people from the LGBTQIA+ community are speaking up for their rights and celebrating their identities during Pride Month, which honours the 1969 Stonewall Uprising in Manhattan, United States, when protests continued for six days after the police raided a bar for gay persons.

According to the Transgender Persons (Protection of Rights) Act, 2019, the government must take steps to provide health facilities to transgender persons, including separate HIV surveillance centres and gender affirmation surgery. Section 15 of the Act also mandates that the government must provide hormonal therapy and counselling, both before and after the surgery.

“There are so many facilities at government hospitals, why are we excluded?” said Khusbhoo, a transgender person residing in Deoria. “Why do they not think of our well-being? Neither are we given opportunities to earn well nor are there subsidised facilities for us. How will I spend lakhs to get breasts like women? It bothers me to constantly feel like a woman in a man’s body.”

From February, the Centre has extended the benefits of Ayushman Bharat healthcare insurance to transgender persons under a new scheme, Support for Marginalised Individuals for Livelihood and Enterprise. However, the scheme, which includes support for Gender Affirmation Therapy, is available only to those registered with the Ministry of Social Justice and Empowerment through the National Portal for Transgender Persons, which also allots them a nationally-recognised transgender certificate and identity card.

Many activists debate the requirement of transgender certificates – a gender-affirming identity certificate – that people from socially and economically marginalised backgrounds may fail to secure because of resource constraints.

Twenty-nine-year-old Rashmi getting ready for work at her home in the Deoria district of Uttar Pradesh. Photo credit: Kumar Divyanshu/ IndiaSpend

“I do not see any point of mandating a gender certificate as there are many transgender persons I have come across, who give up the idea of getting Sex Reassignment Surgery done just because of how uncomfortable they would be approaching government officials and requesting a certificate,” said Vijeta Singh, a research scholar from Kashi Vidyapeeth, Varanasi, who is doing a PhD on the transgender persons of Varanasi.

Generally, few from the transgender community have any kind of documentation. A 2017 study by the National Human Rights Commission found that only 16.6% of the respondents from the transgender community in Uttar Pradesh had an Aadhaar card. The report cited limited education, lack of awareness and poor exposure to social, political and legal systems as reasons for the lack of legal documents.

The gender affirmation procedure in India may cost anything from Rs 2 lakh to Rs 8 lakh, depending on the surgery and hormone replacement therapies. The prices vary at different hospitals, and as per the nature of the surgery: from male to female, or female to male.

“People like us are abandoned by our families, and even if the lucky ones do have their family’s support, they do not get any financial help,” Rashmi from Deoria said. “We are left to fend for ourselves with our meagre earnings.”

“Many of my friends want to undergo Sex Reassignment Surgery but can never think of being able to afford it unless the facility becomes available at government hospitals,” Rashmi said.

In the National Human Rights Commission survey, about 57% of transgender persons showed keen interest in undergoing gender affirmation surgery, but they could not afford it due to the cost involved. It further said that the financial position of transgender persons is weak and the right to an adequate standard of living is denied to a large section of the community.

“I have always felt like a woman and thus, I wanted to look like one,” said Rashmi. “I began saving for my Sex Reassignment Surgery in 2016 from whatever I earned through singing and dancing on the trains and in the neighbourhood on special occasions.”

“Even after saving earnestly for three years, ahead of my Sex Reassignment Surgery in 2019, I was compelled to take loans of around Rs 50,000 each from two of my friends from our community,” said Rashmi.

Rashmi underwent Sex Reassignment Surgery at a government hospital in Delhi. Her surgery included silicone breast implantation, penectomy and vaginoplasty. “I skipped most of my hormone replacement therapy sessions,” Rashmi said. “My doctor had advised me to remain in the hospital for at least two days post surgery as I was in excruciating pain, but I got myself discharged right after the operation for want of funds.”

No hospital in Uttar Pradesh’s Deoria district is equipped to provide gender affirmation surgery. The district’s Chief Medical Officer Alok Pandey said: “We had a meeting with the district magistrate to discuss the health facility and special care for transgender persons in Deoria’s community and primary health centres, but we do not have the Sex Reassignment Surgery facility yet.”

“It has just been a year since the medical college came into being and we have no plastic surgeons or super specialists available as of now to conduct Sex Reassignment Surgery,” said Rajesh Baranwal, principal of Maharshi Devraha Baba Autonomous State Medical College in Deoria.

“If and when the vacancy is announced, I suppose we would have it here,” he added, without providing any timeline.

Shyam Singh, the district coordinator of Vatsalya, an NGO that works for the welfare of the transgender community in Uttar Pradesh said, “There is no facility of sexual reassignment for the community anywhere in rural Uttar Pradesh, but one private hospital each in Noida and Lucknow perform Sex Reassignment Surgery, based on what we have heard from the trans communities we work with.”

At primary and community health centres, transgender persons have the same facilities which are available for the other genders, as these are gender-neutral facilities. But, Singh added, “at some centres, both rural and urban, we have heard cases of discrimination and harassment…Medical and social negligence is quite common for economically backward women and when it comes to trans persons, the situation worsens”.

“The situation of Sex Reassignment Surgery availability is the same in almost every other state and district,” said Adithya Ravie, a queer activist. Most of the trans persons require a health facility for treating sexually transmitted diseases and urinary tract infections as they are sex workers, Ravie said, adding that yet, “there exists almost no sensitised or responsible health facility” for them.

There are no government data available in the public domain on Gender Affirmation Surgeries in India. IndiaSpend wrote to Lucknow’s Chief Medical Officer for data on the availability of the surgery at hospitals in Uttar Pradesh. We will update this story when we receive a response.

“Rajasthan Government has promised to bear the cost of Rs 2.5 lakh for transgender persons Sex Reassignment Surgery under the Chiranjeevi Yojna,” said Ravie. “But under that they would require Bhamashah and Aadhaar Cards, which means that the majority of trans people would automatically fall out of it.”

In 2021, a 28-year-old transwoman, Ananya Kumari Alex, died by suicide after an alleged unsuccessful gender affirmation surgery at a private clinic. More such incidents of medical negligence have been reported in India.

A 48-year-old resident of Assi Ghat in Varanasi, Pushpa, said she suffered immensely due to problems with her silicone breast implantation. Her surgery was done at a discounted rate of Rs 50,000 at a private clinic in Noida, Uttar Pradesh in 2019. Following the surgery, she experienced pain in the implanted breasts.

“As I tried to contact the doctor in Noida, they blocked my number and when I visited, I was asked to bear the pain, calling it normal,” Pushpa said. “They said the surgery could be re-done after I pay them another Rs 50,000.”

She approached a private doctor in Lucknow after the pain became constant for around two-three months, only to realise that the doctors at the Noida clinic gave her no hormonal therapy or proper medication. “I struggled for a good six months before this Lucknow doctor helped me with medications and therapies at just Rs 10,000,” she said.

As Pushpa tried to voice the medical negligence of the doctors, even her own community tried to silence her. “I was name-called, bullied and abused for my decision to speak up.”

“Besides the inefficient medical facilities, transgender persons also face abuse within the community,” Pushpa said. “My guru threatened to throw me out of the house if I made a scene over the faulty Sex Reassignment Surgery.”

Neelam Singh, a Lucknow-based gynaecologist and director of NGO Vatsalya, said, “Sex Reassignment Surgery in itself is a complicated surgery.”

“When it is performed on a male reproductive organ to transform it into a female, or a female’s to be transformed into a male, a lot of precautions ought to be taken, provided the serious risk factors,” Singh said.

The World Professional Association for Transgender Health recognises that health is dependent not only upon good clinical care but also social and political climates that provide and ensure social tolerance, equality and the full rights of citizenship.

In its report on the standards of care for the health of transgender persons, it said that health is promoted through public policies and legal reforms that promote tolerance and equity for gender and sexual diversity and that eliminate prejudice, discrimination and stigma.

As per the law, whoever harms or injures or endangers the life, safety, health or well-being, whether mental or physical, of a transgender person or tends to do acts, including causing physical abuse, sexual abuse, verbal and emotional abuse and economic abuse, shall be punishable with imprisonment for a term which shall not be less than six months but which may extend to two years and with fine.

“These punishments show gender bias,” said Ravie, as criminal law lays out a minimum of 10 years of punishment for sexual violence against women. “Why can we not have a gender-neutral law for harassment and rape? Also, there is a dire need of sensitising and training for the police on how to deal with and treat trans people.” 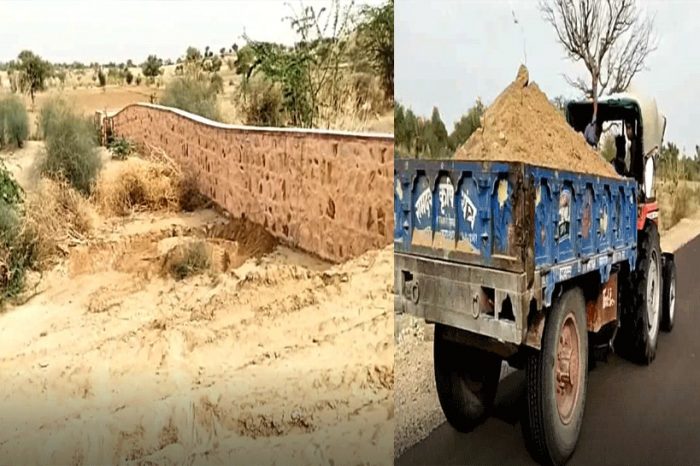 Dig the grave of a Dalit woman with JCB, put it in the tractor and said - bury it in your house 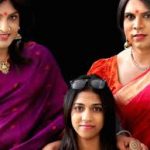