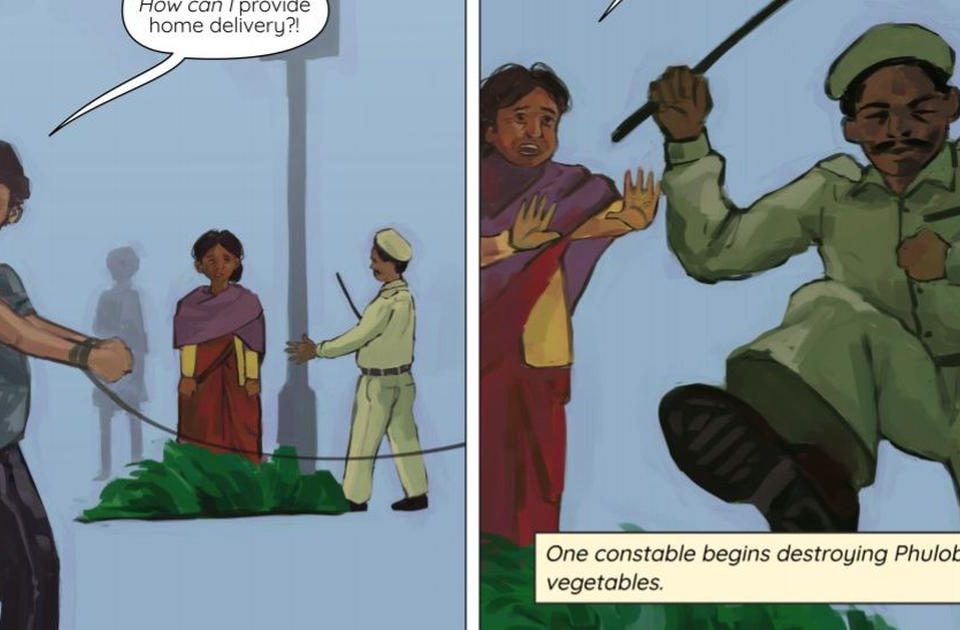 According to the Criminal Justice and Police Accountability Project, the vulnerable were hurt disproportionately.

On March 24, 2020, the Union government announced a stringent lockdown in response to the Covid-19 pandemic. A slew of disaster management regulations and criminal laws were enforced to impose curfews and criminalise movement and existence in public space. Individuals violating these regulations were liable to criminal sanctions under Section 188 of the Indian Penal Code, 1860 which carries up to six months’ imprisonment and a fine. Although Section 188 is a bailable offence, in some Indian states such as Madhya Pradesh it is non-bailable.

A public health crisis was diagnosed as a criminal law problem, and the police were tasked with the responsibility of maintaining order. The police in India normally enjoy wide discretionary powers and exercise them arbitrarily, particularly against marginalised communities. During the pandemic these discretionary powers were amplified. Any individual who did not have a satisfactory reason for being in a public space could be criminalised by the police under Section 188 of the Indian Penal Code.

A study by the Criminal Justice and Police Accountability Project of policing during the pandemic analysed 500 FIRs and 34,000 arrest records. It found that over 6,000 people were arrested solely for violating lockdown regulations and that over 4,000 people were arrested for allegedly minor, bailable offences such as gambling, alcohol possession and hurt. These arrests were made despite overcrowding in jails (thereby increasing the risk of outbreaks) as well as Supreme Court guidelines holding that arrest must be utilised as the last resort in criminal law, especially for minor infractions.

Thus, approximately three of every four individuals policed belonged to a marginalised community. Even essential workers such as meat sellers and vegetable vendors, otherwise exempt from criminalisation as per the Ministry of Home Affairs’ guidelines, were criminalised by the police. Every fifth individual against whom a FIR was filed under Section 188, IPC was a street vendor or a low-income shopkeeper. Of these individuals, at least over 45% were selling groceries, meat and dairy products.

These policing patterns indicate that the police cannot be considered rational decision makers who exercise their powers without bias. Their decisions are often informed by structural casteism, class prejudice and Islamophobia.

The comic, Policed During Lockdown, draws from some of the FIRs and arrest records analysed in the study as well as news reports to present a fictionalised account that highlights the most egregious and insidious instances of arbitrary police discretion and criminalisation during the pandemic.

The comic follows Phullobai, a Gond tribal vegetable seller already living on the margins, to understand how pandemic policing differentially criminalised Muslims, tribal and de-notified tribal communities as well as ordinary pedestrians – some of whom may have had valid and necessary reasons for violating the lockdown. Phullobai’s experiences during the pandemic raise fundamental questions about structural discrimination in the criminal justice system and the police’s wide discretionary powers

The comic is authored by the Criminal Justice and Police Accountability Project, and illustrated by Anurag Ekka. 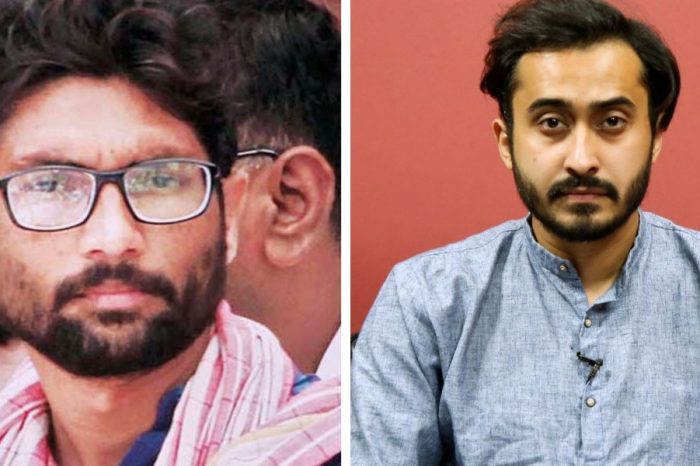 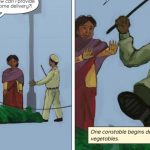