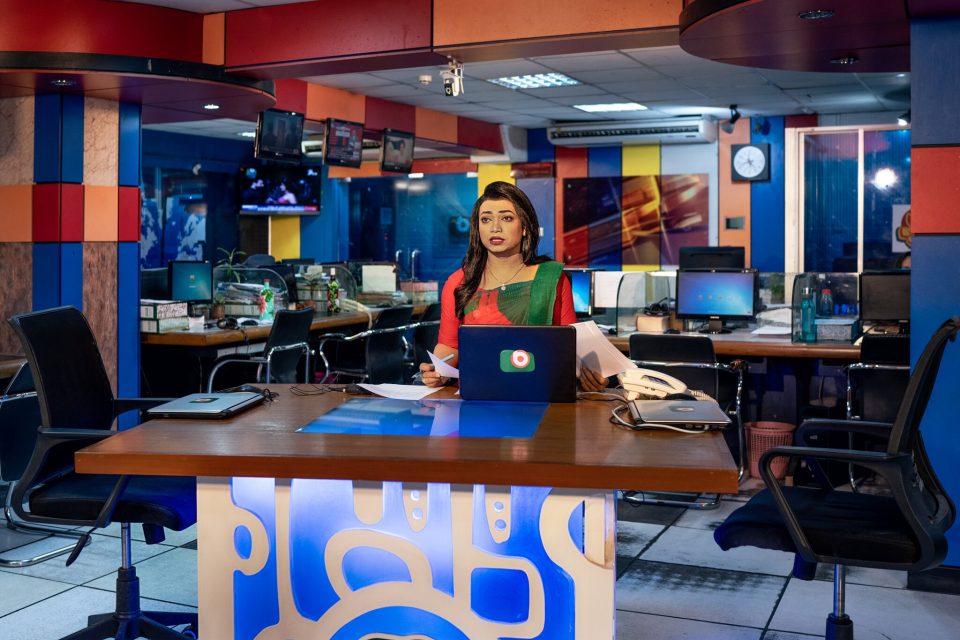 When Tashnuva Anan Shishir was growing up in a conservative Muslim family in Bangladesh, she was ridiculed for behavior called too effeminate. She was often told she was mentally ill. The experience left her with one crucial question: “Who am I?”

“I was born with a male body, but I was matching a woman’s mind with soul,” Ms. Shishir said in a recent video interview from Dhaka, the capital. “I had to prove that I exist in society.”

The journey took her to the internet, where she searched, “Is there anyone like me?”

Even after answering the question and coming out as a transgender woman, Ms. Shishir, 29, waged a decades-long quest for acceptance. The path has been paved with “immeasurable pain,” she said. She has endured harassment and verbal abuse, has been shunned by members of her family and has lived in a slum while penniless.

Then, in March, three minutes of fame changed her life.

She had been hired by the private television channel Boishakhi TV and read a news segment for the first time on International Women’s Day. The appearance simultaneously vaulted her into the living rooms of millions of her fellow Bangladeshis and onto the global stage as the country’s first transgender news anchor.

It was a seismic change in a nation that recognizes a “third gender” but generally still sees transgender people as unnatural or sinful, and views their existence as unauthorized by Islam.

“Putting a very visible public figure up from this community is a symbolic gesture of great importance,” said Kyle Knight, a senior researcher at Human Rights Watch who has written about the transgender community in Bangladesh.

“This community has gone from very marginalized and very silenced, and now they have someone on a television network; now they have official recognition from the government. There’s been a lot of change in a very short period of time,” Mr. Knight said. “That alone gives me hope.”

Official estimates for the number of transgender people in Bangladesh, population 160 million, are difficult to pin down. In 2013, the government formally recognized a third gender, or hijras — a term for those assigned male gender at birth but who identify as female. Bangladesh joined the nations of Nepal and Pakistan; India followed in 2014.

While hijras include transgender and intersex people, not all transgender people are hijras. The estimated number of self-declared hijras is about 10,000, according to a survey by the Department of Social Services. One local nongovernmental organization that works with sexual minority groups, Somporker Noya Setu, said the figure could be as large as 500,000, including both hijra and transgender people.

Ms. Shishir’s hiring as a part-time news anchor is an ostensible sign of how attitudes are evolving. But Bangladesh remains rigidly patriarchal. A British colonial-era law that criminalizes same-sex intercourse remains in place, and social stigma toward sexual and gender minorities leaves many fearing for their safety.

Ms. Shishir was born in the district of Bagerhat into a family of four sisters and two brothers. Her mother worked in the home while her father sold prawns and other saltwater fish.

From a young age, Ms. Shishir was acutely aware of feeling different. Watching movies, she envisioned herself as the heroine. She dressed in saris and wore her older sister’s lipstick. She mimicked domestic chores alongside other girls. Inspired by a sister, she joined dance school — until her parents put a stop to it.

A critical turning point came, she says, when a male family member sexually assaulted her. “I was really scared,” recalled Ms. Shishir, who was not yet 10. “I couldn’t share with anyone.”

Shunned by her father for her effeminate ways, Ms. Shishir said, she was seen as a disgrace to the family. As the family business struggled financially, she was nudged out the door. If she stayed, her father said, she would have to mask her femininity. He could not be immediately reached for comment.

Ms. Shishir with a colleague. While her breakout moment is an ostensible sign of how attitudes are evolving, Bangladesh remains rigidly patriarchal.

Ms. Shishir with a colleague. While her breakout moment is an ostensible sign of how attitudes are evolving, Bangladesh remains rigidly patriarchal.Credit…Fabeha Monir for The New York Times

The decision to leave at 15 was not easy.

“It’s really hard to continue your life alone,” said Ms. Shishir, who tried to adapt to the rigid gender norms but said she was emotionally fatigued from trying to appease others.

She went to live with an uncle in Narayanganj, but still presenting as male, she was subjected to the same verbal abuse. Searching for answers, she scoured the internet. Finally, she encountered the word “transgender,” and things began to fall into place. While she had not yet met other transgender people in Bangladesh, she said, she found others she could relate to beyond the country’s borders.

“It was really amazing,” she said. “I felt that I’m not the only person in the world.”

After being accepted into college, she discovered an affinity for theater, drawn by the prospect of a life of prestige, respect and admiration. While she pursued roles as female characters, a director told her it was not possible because she had been assigned a male identity at birth.

The emotional toll, constant humiliation and alienation drove her to relocate to Dhaka. She got some financial support from friends — sometimes living at their homes — and found temporary work. Things took a dark turn, Ms. Shishir said, when, without income, she lived in a slum for six months.

For seven days, she said, she had no food and almost starved. But things got better.

In 2015, Ms. Shishir declared herself a transgender woman to a transgender community she met through counseling work. She chose the name Tashnuva, which means “lucky” in Bengali, followed by Anan, or “cloud.” Gradually, she grew out her hair, began wearing makeup and started hormone treatment in 2016.

Ms. Shishir recalled one doctor in Dhaka who treated her as if she had a psychosocial disorder, doling out pills that made her sicker by the day. For eight months, her skin grew coarse, dark circles formed beneath her eyes, and the treatment left her sleepless. The medication plunged her into depression, she said.

Complicating matters, she faced an onslaught of discrimination as she worked at various nongovernmental organizations that were reluctant to give her raises and promotions because of her identity, she said. “I was discriminated against for years,” she said. “I also attempted suicide four times.”

Then, this year, she was told by a film director that Boishakhi TV had plans for a new production and that she should apply. She was hesitant at first, after facing rejection from other news channels. But Ms. Shishir ended up getting the role.

In a statement, the television station, which hired her as a casual news anchor, said the “historic initiative” would “inspire the society to change attitudes.”

On Twitter, users said that her visibility was “inspirational” for young transgender people. Others called it a “huge leap” for representation.

Ms. Shishir isn’t content to stay on one stage. She had a part as a detective in a small Bangla film, “Kosai,” and another is on the way. She is also a master’s student at Brac University, focusing on public health. While she has yet to make amends with her father, she said, she speaks with her mother and one of her siblings.

In recalling the watershed moment when she spoke for three minutes on the airwaves, she said she knew that the platform she had been given was huge. But she knows more needs to be done — such as pushing the government to pass a transgender rights bill. 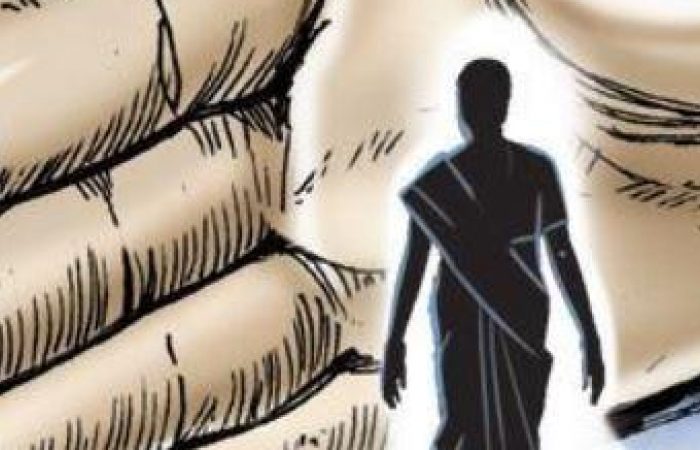 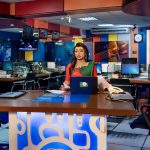