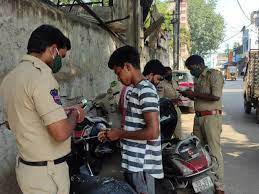 Hyderabad: Vulnerable groups, especially women from lower caste and Muslim households, were most affected due to the city police’s controversial cordon and search operations, a fact finding committee which carried out extensive ground work research on it has found.

A team of civil activists (most of who are from Hyderabad) released a fact-finding report on the perils of giving the city police a free hand with regards cordon searches. Cordon and searches are a military tactic to cordon-off an area and search the premises for weapons or insurgents. It is one of the basic counter-insurgency operations.

Discussing the slums located on the banks of Musi river and Golnaka bridge, the committee brought up the “problematic ways” in which the police stations of Amberpet, Malakpet and Saidabad were carrying out cordon searches. Those were also conducted in the last two months at Yakutpura, Zeba bagh colony-Asif Nagar, Mangalhat, Chikkadpally, Chaderghat, Singareni colony-saidabad, Aram Ghar-Rajendra nagar, Asad Baba Nagar and Bahadurpura.

They committee took into account 236 huts which house 1500 people and noted that most of them migrated to Hyderabad for their livelihood around 40 years ago.

Further, the report mentioning that majority of the families living in the mentioned areas belong to the Madiga caste or hail from Scheduled tribes, Muslim or mala families. They work as either daily wage workers, auto drivers or small scale businessmen.

On October 28, 70 police people, including female cops, from the aforementioned police stations, arrived in some of those areas. They questioned the women on whether they sold ganja, alcohol and gutka. It is important to note that the men of the household were not around for the questioning and as such the women were significantly uncomfortable.

The police also checked the vehicle, Aadhar documents and asked them to show their cell phones and carried out a thorough search of the same. A total of 82 vehicles were seized and three autos were reportedly found to have irregular documents or challans. One shop owner was also asked for his trade license and one child complained that the police used harsh language against him.

The police have in the past argued that under the orders of the Telangana government and Director General of Police, cordon and searches were conducted. By their own admission however, the police have so far not found any contraband material in their searches. They only managed to seize vehicles and gave counseling to 11 rowdy sheeters.

As per the fact finding report, it was discovered that most women were caught unaware by the police and suffered as their privacy was snatched away from them. It also led to defamation for the families and harassment as police presented the area as criminal spaces.

103 of CrPc of the Criminal procedure code (CrPC). Unless a strong urgency was noticed, the police are not supposed to carry out sudden Cordon searches under Section 165 of the CrPC and should secure a search warrant from the district magistrate.

The activists demanded that the practice of cordon and search, which they said is illegal, should be stopped. They also stated that police officials should stop seizing vehicles without written orders and should also stop demanding Aadhar cards and other documents from the victims in question.

Note: This news piece was originally published in the thesiasatdaily.com and use purely for non-profit/non-commercial purposes exclusively for Human Rights objectives 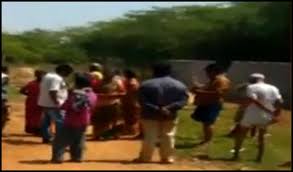 Morena: Due to lack of own land, the dead body of a Dalit was kept overnight, this is how the last rites took place 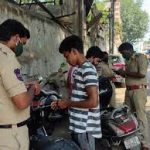