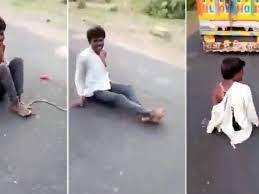 In a shameful incident, a tribal man in Madhya Pradesh was tied by his feet and dragged for several kilometers which led to his death. Following the video going viral, the police registered a case and arrested 4 persons in this connection. Suspecting him to be a thief, the locals meted out this punishment to the victim.

Mob justice in Madhya Pradesh has once again resulted in an inhumane act of punishing a tribal man to death suspecting him of being a thief.

The man’s legs were tied by a rope from one end and the other end was tied to the truck which kept dragging him until his skin peeled and bled to death.

After the shameful video went viral and attracted wide criticism, Neemuch district police took action and a case against 8 persons was registered in Thursday’s incident. The Singoli police jurisdiction from where the incident surfaced, two main accused Chhitarmal Gurjar and Mahendra Gurjar and two others were arrested and the police is on the lookout for four others named in the FIR.

It is said that the Bhil tribal youth on his motorbike collided with an upper-caste man and this angered the ‘creamy’ section and some caught the victim and launched a verbal attack and then thrashed him before resorting to the dastardly act.

The police have now pressed murder charges and also IPC sections under SC/ST Act against the accused.

Recently, a Dalit sarpanch and his family were attacked by an upper-caste man after the former hoisted the national flag and distributed sweets during Independence Day at Chattarpur district of Madhya Pradesh.

Note: This news piece was originally punished in newsableindia.com and use purely for non-profit/non-commercial purposes exclusively for Human Rights objectives. 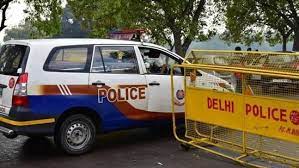 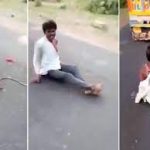