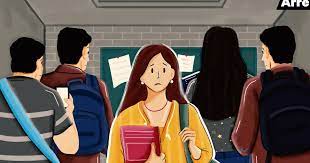 Woke universities and colleges in India look like safe spaces from the outside, but on the inside it is the same old story, maybe even worse. The thread of intolerance, bullying is consistent and things are only worse if you are both Trans and Dalit.

Iwas already in a queer relationship when I entered college. Passionately in love with this person who made me believe in myself, I was well on my way away from the conventional notions of heterosexual love. I was happy and I thought that after years of suppression of identity that I faced as a child, I would finally be able to live the life I wanted to. I was after all going to a woke college, a university that I assumed would welcome such relationships with open arms. I was instead forced to hide my identity and relationships even in these self-declared corridors of freedom and fearlessness.

I was instead forced to hide my identity and relationships even in these self-declared corridors of freedom and fearlessness.

I remember that in school, 13-year-old kids regularly discussed my caste background in the halls of a “progressive” private school and refused to share my lunch because they thought I was “polluted”. You read and hear about these things but somewhere inside as a child you are given to the optimism that it might not happen to you. But it did! College meant more freedom, but it also meant, automatically, more exposure. Love takes opening yourself to the world, but it doesn’t take the world to bring you down.

I got into a woman’s college in Delhi a seemingly woke institute where pride parades and discourse were the norm. But contrary to expectation, I was cast aside immediately. My hair, my clothes never fit into their ‘elite’ standards. Because I was not a woman they did not leave a single chance to remind me that I did not belong. At times, I tried to conform to their idea of women just to not feel left out. I hated long hair but I didn’t cut them too short to stop people from pointing it out. I would avoid cultural events altogether just because the clothes I had never fit into the dress codes that had been stipulated. At times, I pushed myself to things that I didn’t want to.

At some point, I lost myself, yearning for the acceptance of others. I am a first-generation college student whose family has had to work their due to put me through school. The weight of breaking generational cycles of poor socio-economic condition has hence fallen on my shoulders; retreating thus was never an option. But I did skip classes whenever I could because of the constant bullying and the dysphoria it triggered. It’s incredible really, that institutions and students who like to claim a certain brand of liberality, can be on the inside, just as oppressive and ignorant as the forces they claim to fight.

At some point, I lost myself, yearning for the acceptance of others.

The helplessness that comes from being stuck inside a cage that is to the world, a liberal nest you are free to fly away from manifests in all kinds of ways. None of those often have destinations or even a set of ears that are willing to listen. Even counsellors in such woke colleges regularly overlook calls for help because acknowledging it would in a way mean accepting its existence despite the circulating fantasies of a ‘to each his own’ world.

Colleges can be as brutal as they are progressively inclined. Me and my partner’s photos was at one point circulated in social groups. We were called names, humiliated and hyper-sexualized as if we were animals to an audience.

It taught me a few things about the sense of inevitability, that love, however framed within the constructs of gender, is always scandalous to people. It made me recede to a more private life, where my relationships turned into secrets, my lovers into people I couldn’t publicly acknowledge. Things are worse, when you are Dalit. All queer and trans spaces are dominated by upper-caste people from good socio-economic backgrounds. It is absurd really, that a congregation of punch-up activists, or enlightened individuals can so casually brush aside a voice from the margins.

At different points I have briefly considered on giving up on this system that so cleverly utilises a person like me while sidestepping me on the inside. But these roadblocks, I have decided are hills I must climb and see the other side of. The challenges are already visible to me and I understand that adulthood, in India, can only bring tougher ceilings to crack. But I don’t intend to be one of the 90% Dalit kids who drop out of school or graduation. As someone once told me “we don’t have to always try to grow through the rocks of oppression but find more fertile ground to prosper in.” I am trying to navigate a life that always seemed unattainable to me as a child. Maybe one day by looking at me, some Dalit Trans kid can see hope that even though the world isn’t accommodating, you can still step outside its boundaries and make your own.

Vani is a literature student and writer, they love to write on caste, gender and sexuality.

Note: This news piece was originally published in arre.com and used purely for non-profit/non-commercial purposes exclusively for Human Rights objectives. 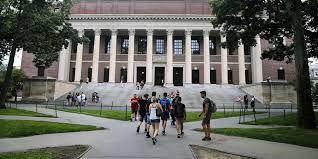 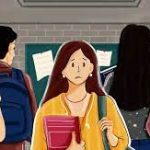