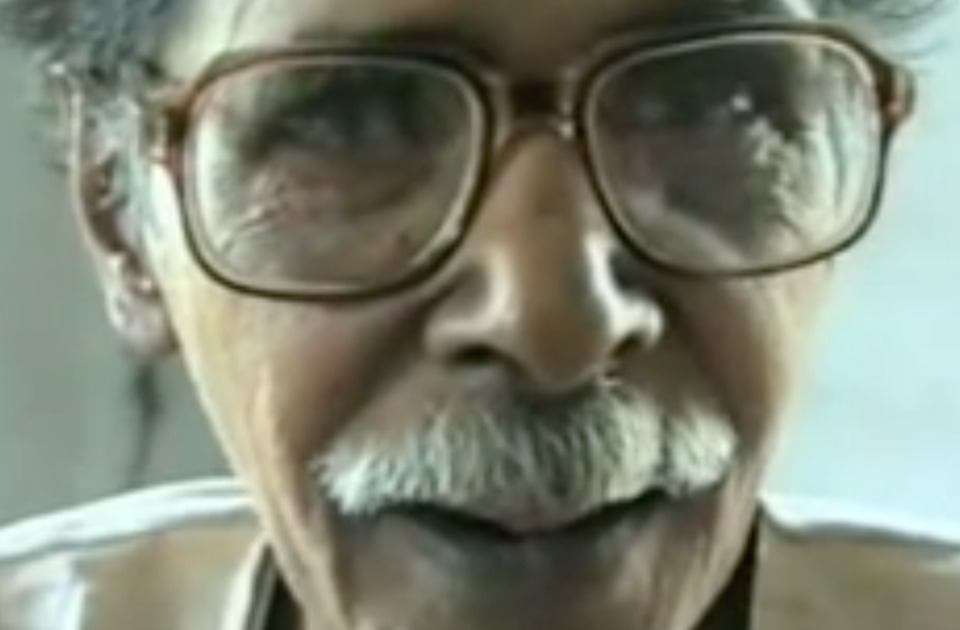 It was January, 2021, I was headed to Thakurnagar, a small town about four hours away from Kolkata. Thakurnagar lies on the India-Bangladesh border, and is a political hotspot, thanks to the presence of the Matua community who have garnered a lot of attention for their decisive vote in Bengal politics.

The Matuas belong to a group of Hindu Dalits who had sought refuge in India post partition and have ever since being fighting for citizenship status. But I digress, since my reason for visiting Thakurnagar ahead of the polls in Bengal wasn’t political, but had more to do with poetry, for it was home to one of Bengal’s greatest poets, Binoy Majumdar. 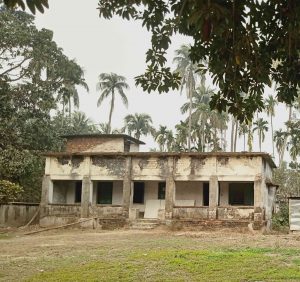 The house that Binoy Majumdar lived in.

Bengal has produced plenty of poets, in fact some of the biggest names in Indian poetry have come from this land. And yet there are few like Binoy Majumdar. The 1960s were an era of great social turmoil and Majumdar, whose finest work, Fire Esho Chaka, was released in this period, wasn’t exempted from the drama that surrounded the politics of literature of the times.

Perhaps in an effort to form some kind of camaraderie, Majumdar joined the Hungryalist group of poets on the invitation of fellow poet Shakti Chatterjee. The group was in fact a refuge for many likeminded poets and writers, who felt that they had been mistreated by society, partly due to the caste politics dominating the literature of the day.

For Majumdar, who was a Nomoshudra poet – the lowest caste in the Hindu echelon – caste had become a deterrent to being published and accepted within the inner circles that ran the business of literature in Kolkata. But infighting and repeated finger-jabbing at his so-called mental imbalance were perhaps successful in pushing him not only out of the group, but from the city of Kolkata as well.

Everything about him was made to sound illegal, illicit and dangerously absurd. Instead of being cowed down though, Majumdar continued to astonish everyone with his writing, and become cause for discomfort for his critics. He finally settled in his parents’ home in Thakurnagar, where till today people know his house as Kobir Bari (the house of the poet). 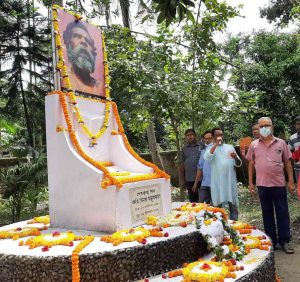 A Sahitya Academy Award, and a few other quick steps for damage control followed, rather late in his life. They seemed more of an attempt at compensating for the embarrassing lapse of judgement in recognising the talent of this poet, who has since then often been called the heir to Jibanananda Das. But all of this reminds us that few poets have had their work so eclipsed by their personal life, love and “madness” as Majumdar. For that matter, few poets have been as ostracised, or as misunderstood as him.

Like the best of writers before and after him, Majumdar experimented with his writing style and voice, as one would do with a musical instrument, tuning it till it bore his ideas well. His refusal to oblige the genteel middle-class Bengali in confining poetry to the sole act of recognising beauty in rigid dimensions, rather than acknowledging it as a force that liberates raw desire from the confines of mediocrity, drew censorship and unqualified judgement.

Breaking with convention, Majumdar voiced his politics, sexuality and anger in poems born of the everyday life of the subaltern. And ironic as it may seem, gave a dimension that was less academic than the one provided by the supposed love of his life Gayatri Chakravorty Spivak, who had made the term famous. Majumdar refused to be apologetic for his infamous “Bhutta” series of poems, which spoke of raw desire in a way few Bengali poets have. He began to be called a madman, a rebel, an iconoclast.

Geometry of the quotidian

As I stepped into the large compound on which the small house where Majumdar lived still stands, it filled me with a rush of awe and regret. Here was the house of one of our greatest poets, standing in such utter disrepair. Whatever little has been salvaged is thanks to the generosity of a group of neighbours who have also set up a trust in the poet’s name to safeguard his memory here. It was here that Majumdar wrote many of the poems that brought to life in minute detail things around him, which he recorded with almost journalistic precision.

By training Majumdar was an engineer, and mathematics was one of his many loves. After the stunned reception to Fire Esho Chaka, Majumdar quickly garnered a small cult following of sorts. Much of his work written establishes him as a careful chronicler of small-town Bengal. 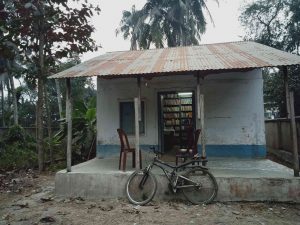 A library in Binoy Majumdar’s memory.

Shorn of sentimentality, there is a remarkable sparseness to his writing, and yet it provides a texture to life and living in the microcosm of things. Everyday objects, or people with whom he interacted, are funnelled into cosmological forms in his poetry, his love of words and acute craftsmanship setting an equivalent, as it were, between the universe and mathematics.

And so, the flight of the Bali Hansh, while romantic as a sight, turns into metaphor for the geometry in their flying patterns.

In one poem after another, Majumdar brings to the fore different dimensions and often suggests it is possible to conceive of a different logic that goes beyond the normal poetic spectrum. For instance, this remarkable poem, where he talks of the triangular form of a steam engine as it slowly exits the railway station, shifts gears and slows down, unfolds great drama through structure:

From within the dimensions of this small town, Binoy Majumdar questions confinement, poetic horizons, the fear of a life without laughter, and ignorance of the minute details of every day that become a part of his poetry – and, also, life as a rebel. Again and again, he blurs those lines that had both tried to define him and his poetry, and in the end leaves readers with a nudge to discover his ever-new universe. 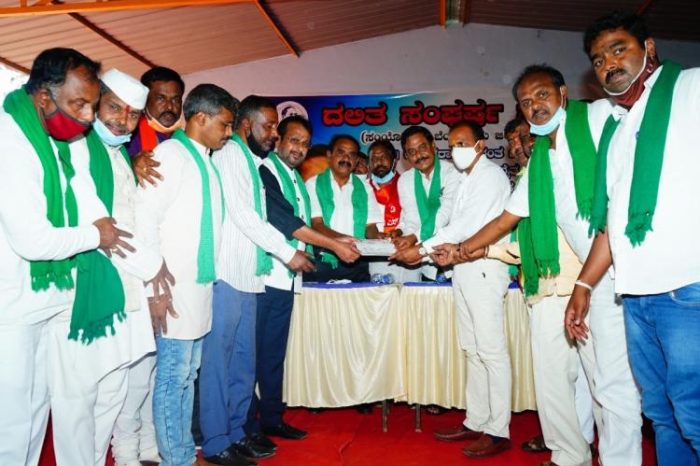 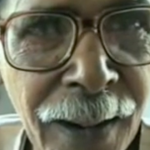