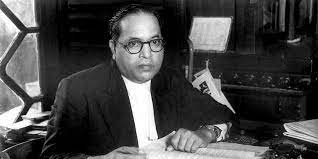 In ‘The People of India’, Suraj Milind Yengde talks about the contentious history constructed around Ambedkar for various political appropriations.

Ambedkar’s legacy is complex and multifaceted. His is a name that continues to evoke dialogue and discontentment in sociopolitical movements formed in post-independent India. Yet, at the same time, Ambedkar has been intentionally ignored and strategically suppressed by history and society at large. Initially, many social and political movements did not embrace him. After the formidable resilience of his believers, who kept his memory alive and his struggle relevant, other mainstream movements piggybacked on their work, changing tracks when it directly benefited their interests. However, to condense Ambedkar’s breadth of scholarship, he became a prolific face for the denouncers to uphold. It was an amenable strategy to either ignore and let die Ambedkar’s scholarship or assimilate and grow. The latter was an obvious and relatively easy option to take. Political organizations with ideological underpinnings chose to select Ambedkar rather than accept him. The assimilation was a carefully crafted strategy to Brahminize and Dalitize Ambedkar.

Ambedkar was Brahminized by being made a part of India’s greatness and presented as an exemplary patriot. And he was Dalitized at the same time to ensure that his place as an untouchable remained in the archive of Indian history, while he received no further credit. In either case, it was the intention of the ruling classes to control the narrative and own the history. Brahminizing and Dalitizing form a space of conflated dualisms. They are separated by the logic of history and yet they are one. The ‘one’—a unison of neglected human fallacies that become an absolute logic of interpretation of the other from the fragile ground of the oppressor. The juxtacondition of possibilities and pain affixed alongside each other makes it a mandate of the people.

The two extreme possibilities of human status—one on the highest while the other is left excluded. Accretions of unasked merits define the final destiny of every human stretched in the rigid castesphere. In this essay, I will look at the chaos over having Ambedkar in the company of everybody who stood to denounce and reject him. This includes the appropriation politics of assimilation by the Hindu right, the Hindu left, Hindu progressive and Indian liberal order. I will then chart the radical projects of Ambedkar, which include a separate settlement for untouchables—an autonomous, independent self-governing space far away from the village ecology responsible for creating havoc in the lives of Dalit. In Dalitizing Ambedkar, even the socialists who failed in their deliberate attempt to absorb Ambedkar took Dalit politics into their fold after his death. Building on this argument, the paper then shifts to the heist of Ambedkar’s ideology by the apologists of Brahminical violence in India, politically known as Hindutva, culturally as Sanatan Dharma, and historically as varnashrama dharma that combined the ruling class aspirations of various religious orders.

If there is any figure from India’s modern history who is present, alive and relevant, it is B. R. Ambedkar. No other historical figure has been resurrected so strongly as him. His colossal scholarship, along with his radical social and political interventions, have made him a deified rector of India’s political school. His public life begins during his post-matric facilitation by the local slum dwellers who recognized his achievement. Although Ambedkar played down that event as being unimportant to his public life, he does recall that it was through that event that he was introduced to the Buddha at the age of fourteen through the biography of Keluskar, a teacher at Wilson College, Mumbai.

In 1919, aged twenty-eight, his first testimonial to the Southborough Commission argued for the franchise rights of all, irrespective of status or class.

Ambedkar’s oeuvre continues to expand as more literature produced by him and on him hits the bookshelves every year. The pile of scholarship crediting to Ambedkar’s work in non-English languages represents the largest import of Dalit cultural production. Books on Ambedkar are sold in crores over two days commemorating Ambedkar’s death anniversary at Chaityabhoomi, Mumbai, or in Nagpur commemorating the day of mass conversion to Buddhism led by Ambedkar. These bookstalls occupy an important place in the make-up of Ambedkarite gatherings. My father Milind Yengde was one such book hawker who sold books on the streets at Ambedkarite gatherings. I was his co-worker. Selling Ambedkar literature at a minimal margin of 50 paise to 2 rupees per book was still a proud moment for Milind, who ensured that the Dalit mass, which was deprived of education, would now acquire knowledge and think for itself. The investment in Ambedkar’s intellectualism has given rise to a solid arc for Dalit movements.

The recent upsurge in the number of attacks on the people’s constitutional rights since the Modi government’s tenure from 2014 has suddenly put Ambedkar back into everyone’s view. Protesters took the assault of the state on constitutional liberty as a sign of impending fascism.

The protest against the current government and other Brahminical forces could be possible while upholding the constitutional virtues deftly laid out by Ambedkar. Thus, the inevitability of Ambedkar and his political pragmatism became a weapon for the struggling masses of the country. Every ideology acknowledged Ambedkar and embraced his uncompromising radical-humanist vision. Ambedkar is difficult to fit into canon of non-Dalit ideologies. He does not parley without putting the rights of untouchables at the centre of nationalist or civil and political rights struggles. By appropriating and iconizing him in the pantheons of the Hindu right and making him a nationalist figure fighting on the side of the Hindus, the current government took the offensive against every dissenter. The Shaheen Bagh protest of 2020 partly re-appropriated Ambedkar through its symbols and literature and through the act of carrying his photographs with a collective call of ‘Jai Bhim’, reclaiming his constitutional legacy to rescue him from the misappropriation of the Modi government.

Despite being a deft pragmatist and a non-dogmatic democratic socialist, Ambedkar has become the most celebrated figure across the political spectrum in India in contemporary times. Everyone tends to display their admiration for his intellect but have a reserved appraisal of his political work. Therefore, to downplay his complicated and at times controversial vista, it is safe for the non-Dalit sphere to present Ambedkar as a sworn constitutionalist. Earlier, the caste-hegemonic discourse of India refused to grant the pedigree of India’s Constitution to Ambedkar’s scholarly toil. In some instances, it actively worked to denounce elements of Ambedkar’s influence and politics. Arun Shourie, a liberal right-winger, is a case in point. His book Worshipping False Gods became a bone of contention over the authorship of India’s Constitution and calling out Ambedkar for being in conversation with the British government and thus a collaborator of the Raj. The same was done by the dominant caste Hindu, Muslim, Sikh leaders of the Congress, however, they do not receive similar treatment as Ambedkar. Ironically, they are revered as nationalists. Many commentators who replied to Shourie’s book commented that Ambedkar was now being ‘elevated to the pantheon of nation leaders’. This means it was still unacceptable for the liberal and other non-Dalit spheres to accept him as a national figure towards the end of past century.

How does Ambedkar emerge out of the debris caricatured around his totem? And how do the Dalit political and social sphere examine the growing prevalence of such an act? All this was made possible in the matter of the last decade or so. These decades were marked by frustration over the lack of redistribution of resources and failed state policies in a neo-liberal make-up on pro-rich, pro-caste Hindu policies. However, granting the wholesomeness of the Constitution to Ambedkar alone eventually worked in favour of the ruling castes and class. They found an impeccable hero who would uphold the missives with all its positives and drawbacks. The propertied class found it appropriate to let their control on the assets go unquestioned for the articles protected their interests (Article 31).

The other stories of warring groups found it objectionable to accept it as their constitution. Therefore, a new movement to overthrow constitutional principles was carried forward religiously by the deployment of Adivasi youth under the tutelage of Bengali Brahmins, Bihari Kayasthas and other dominant castes.

Therefore, we now face a few complicated hurdles. One is the adherence to Ambedkar as an individual with his merits and limitations. Another is to deify him and to stop investment in critical thinking around his passionately curated oeuvre. Ambedkar and Ambedkarism are epochal. Ambedkarites and Ambedkarists have taken the cue from the political positioning of the Dalit’s adnate co-spheres of existence.

The one who believes in Ambedkar as an individual and in his artistry of uniting a huge, segregated mass under one banner and making them a political missile identifies with Ambedkarite-ness. So does the one who takes Ambedkarism as an eventual philosophy to develop progressive and broader hermeneutics in the construction of a thematic approach to problems. These thematic approaches rely on issue-based politics with a strong undercurrent of inaugurating an anti-caste politics towards the annihilation of caste dialectics. In this chapter, I will look at the confusion of including Ambedkar in the gang of everybody who stood to denounce and reject him. This includes the appropriation politics of assimilation by the Hindu right, the Hindu left, Hindu progressive and Indian liberal orders.

Ambedkar is the most mesmerizing anti-Brahminical weapon, and no other community could produce another like him. His forthrightness in calling out the callousness of Brahminical elements woven in the Indian republic was astounding. His work takes shape in many forms. Aside from writing the destiny of his people, Ambedkar was also fighting to get their rights in place. For this, he chose every option available. He started off as a rights advocate in a social movement, later went on to petitioning the government as a lawyer and people’s leader, then toyed with the idea of claiming power through mass struggle and culminated in the political apparatus bargaining for more powers. After him, Dalit politics was open to be exploited. Many political parties, from the Congress to the socialists, tried to own his legacy by promoting Scheduled Caste leadership that was not entirely attuned to his radical programmes such as a separate electorate, separate settlement and nationalization of important sectors—land and industry being the most prominent. A firm believer in socialism, Ambedkar saw State socialism as ‘essential to the rapid industrialization of India’.

He was confident of the incapacity of private capitalism to do this, and he observed that it would produce inequalities of wealth like it did in Europe. Ambedkar hoped to find amenable solutions to the problems the country faced. 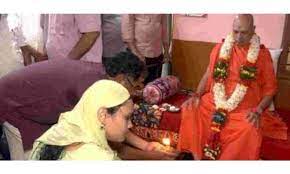 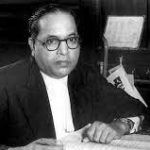