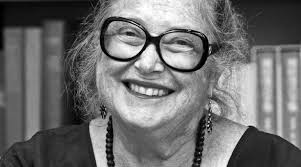 In this interview with Mukulika R, she explains what caught her interest in India as a child, growing up in America during the McCarthyite era, dissent in India today and more.

Almost a decade has passed since renowned Indologist and Sanskrit scholar Wendy Doniger’s magnificent work, The Hindus, was pulped and withdrawn by its initial publisher, following a lawsuit filed by Dinanath Batra and widespread resistance from Hindutva activists across the world. An alternative telling that uncovers the contributions made by “lower” castes and women to the religion — the same groups that have historically been marginalised by it — The Hindus was lambasted as a “work of fiction” by the Sangh in India, who demanded for existing copies of the work to be destroyed and the ones yet to come withdrawn. For Batra, it was a white woman’s attempt to disrespect the religion, and by extension, India. Talking in 2021, “things have gotten much, much worse”, Doniger says in this interview, indicating at how increasingly difficult it is becoming to write a history of Hinduism, that is different from the narrative of Hindutva.

In a career spanning over five decades, 80-year-old Doniger has produced a formidable body of work containing landmark texts on the history of Hinduism, with the latest forthcoming this April. Her work has been instrumental in problematising and academically probing into a thematic domain that is now being dominated by simplistic or reified views of it. Although a professor of religion for years now, Doniger’s commitments aren’t confined to the academic world. Having grown up in an atmosphere of resistance to state repression of various kinds, she has not shied away from taking progressive political positions about contemporary socio-political developments of the world either.

In this interview with Mukulika R, she explains what caught her interest in India as a child, growing up in America during the McCarthyite era, dissent in India today and more.

Mukulika R (MR): Why don’t we begin with what caught your interest in Indology, Hinduism, Sanskrit and related themes initially? Who all were you reading growing up? How did these interests get developed from there?

Wendy Doniger (WD): My interest in India began in early adolescence, when my mother gave me a copy of E M Forster’s A Passage to India, a book that I have continued to read and to cite in my later works, most recently in the book about the history of horses in India that will be published in April of this year, Winged Stallions and Wicked Mares. Then I read some of Rumer Godden, and the Penguin translation of the Upanishads. And I immediately loved the excesses of Indian culture, the bright colours that women wore, the extraordinary profusion of the carvings on the temples, in contrast with the “basic black” that American women were supposed to wear, and the starkness of American buildings, especially the modern ones. And I loved the idea of eating with your fingers; I always hated knives and forks. So I was drawn to India. And then I loved Latin in high school, and learned a bit of Greek too, and my Latin teacher told me about Sanskrit, and I was hooked. I went to Harvard as a 17-year-old freshman and majored in Sanskrit from the start.

MR: You lived in America during the McCarthyite era. What are your memories of the period? I’m curious to also know if it had any impact on your interests, ideas of dissent, countering hegemonic narratives and such. In fact, India seems to be going through its own “McCarthyite moment”.

WD: Indeed, not only did I grow up in the McCarthy period, but my mother was a Communist and many of our friends — actors, writers, artists — got into a lot of trouble and lost their jobs. My father, a publisher, helped many of them stay alive. I wrote about my parents in a book I published a couple of years ago, called the The Donigers of Great Neck. So I have always been at home with siding with the underdog, especially when the ruling group is determined to suppress the freedom of speech.

It troubled me deeply to see this happening in India, to see the proliferation of false histories of India, and that was one of the reasons why I wrote The Hindus.

MR: In 2011, The Hindus faced a concerted attack from the Sangh. Ten years later in 2021, how have things changed? How is it possible to write an alternative history of Hinduism by acknowledging its complex socio-political context, the existence of historical inequalities in it and rejecting the narrative produced by Hindu nationalism?

WD: Things have gotten much, much worse since I wrote The Hindus, and indeed a particularly worrisome and repressive law has been passed just this past month. I greatly admire the dissidents who continue to protest the attempts to suppress alternative views. It is not at all difficult to write such an alternative history — anyone who knows the sources can do it — but it is apparently becoming increasingly difficult to publish such an alternative history:  the publishers who have the courage to take on such dangerous projects are very few indeed, and those of us who continue to publish in India are deeply indebted to our brave publishers.

I am full of admiration for those writers who live in India and continue to, as you put it, “reject the narrative” produced by Hindu nationalism. I do not live in India or work in India; the political criticism of my work does me no harm (the genuine criticism of course always does me good, helps me to see where I went wrong and to do it better next time), and is always balanced by greatly appreciative messages that come to me from India all the time. True, I can no longer go to India, and this is a great sadness for me; I have dear friends that I would love to visit, and places I always meant to travel to and never got around to. But I am safe here, and so many of my Indian colleagues are not safe at all.

MR: In your work on the origins of “evil” in Hinduism, you talk about the moral ambiguity in gods and demons and how their identities as eternally “good” or “bad” do not always stand true. This is intriguing, considering how there exist communities and temples in India dedicated to the worship of the anti-heroes, mostly belonging to and frequented by the “lower” castes. Is it this ambivalence then that accounts for the existence of such counter-hegemonic narratives or “counter-culture”?

WD: What an interesting question. Of course, it makes perfect sense that the lower castes will have “sympathy for the devil,” especially since, in India, the devil is often a most sympathetic figure. But the counter-hegemonic narratives are not just confined to the mistreated castes; they are right there in the privileged Sanskrit sources. I always felt that Sita was foolish to leave Ravana, who seemed to me a most urbane and fascinating fellow, and go back to Rama, a prudish fellow from the very start, who not surprisingly kicked her out for no good reason at all. Already in the Upanishads you have figures like Raikva, a homeless person living under a cart, who holds the secret to the metaphysical truth that the Brahmins seek. And Ekalavya, in the Mahabharata. The counter-culture in Hinduism is embedded in the culture right from the start, which is another reason why I have always loved and admired it so.

I think the work must be done not only in our publications but also in the realm of legislature, to repeal the laws that repress women and pass new laws that protect them.

MR: Manu and his laws have made a comeback to the Indian political scenario, the ills of which are often spoken about in the context of increasing attacks on dalits, women and other minorities. While the Kamasutra and the ideas that you argue it propounds (fearless female sexuality, the irrelevance of caste in love), seem to be absent; We have ordinances that curb inter-religious relationships in a bid to control Hindu women’s sexuality. What are your thoughts?

WD: It is such a shame that Manu, rather than Vatsyayana (the author of the Kamasutra), grabbed the microphone so early in Indian history, and that Manu became even more prominent under the British and now again under the BJP. The forces of asceticism (which often, as now, includes a strong misogynist strain) and eroticism (which the Kamasutra celebrates but which is also gloriously present in so many deeply religious Indian narratives, including the Tamil and Telugu poetry translated by AK Ramanujan, David Shulman and others, and the Bhakti literature in Hindi and Bengali) — have always been locked in combat, as I argued long ago – 1968! — in my Harvard PhD dissertation, which became my first book, Siva the Erotic Ascetic.

I would of course hope that people would read the Kamasutra, and in a translation more accurate than the deeply flawed and sexist Burton translation that is widely used, but I think the work must be done not only in our publications but also in the realm of legislature, to repeal the laws that repress women and pass new laws that protect them.

Mukulika R is a member of the Editorial Collective at Indian Cultural Forum, New Delhi. 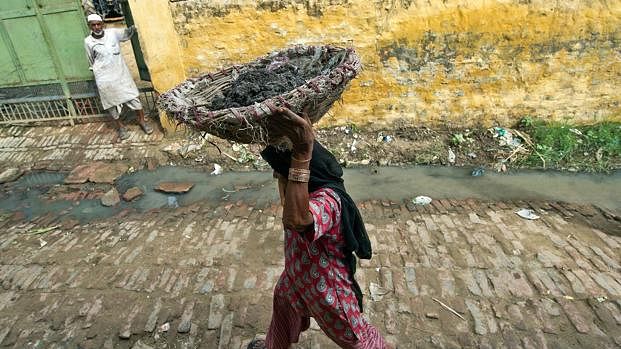 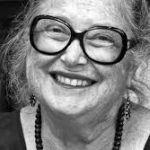