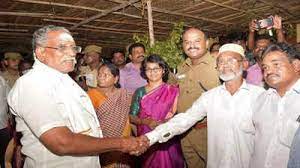 TRICHY: After decades of bitterness and tension, peace has returned to V Kalathur village in Perambalur district as Hindu and Muslim villagers set aside their differences and joined hands for the smooth conduct of the Selliyamman temple festival. For the past 30 years, the Muslim community had opposed the temple’s chariot procession passing through their neighbourhoods, but on Saturday night the three-day festival was jointly launched by Hindu and Muslim villagers, thanks to the peace efforts of the district administration and police. People from both faiths exchanged hugs and handshakes as the chariot began to roll in the presence of superintendent of police S Mani.

The Hindu-Muslim hostility over the conduct of the annual temple festival goes back to 1912. According to tradition, the festivities including processions go on for three days in the Aadi month (July-August). The procession covers the entire village including the Muslim-dominated Periyakadai and Pallivasal streets. After a minor clash in 1990, the festival was conducted in an uneasy environment and police protection obtained through a direction from Madras high court.

It was in this backdrop that the local jamat (Islamic council) invited the Hindu villagers for Iftar and Sandhanakoodu chariot procession of the local dargah recently. Encouraged by the district administration, Hindu villagers attended the event. In return, the Muslim neighbours were invited to the Selliyamman temple festival. “We wanted peace to return, so we ignored the past and extended support for the smooth conduct of the temple festival. The procession was given warm welcome by Muslims,” Jaffer Ali, secretary, V Kalathur Jamat, said.

The gesture was appreciated by Hindus who thanked the Madras high court and the district administration for resolving the dispute amicably. “The entire village was happy after decades. We want the religious harmony to continue in the ensuing festivals too,” Ramasamy Udaiyar, member of the temple festival organising committee, said. “For more than a year, we worked meticulously to resolve the century-old dispute jointly with district police and HR&CE department. We gained the confidence of villagers by addressing their needs for basic amenities. The bonhomie moment has set an example for resolving religious disputes,” district collector P Sri Venkada Priya told TOI.

Note: This news is originally published in timesofindia.com Published for the purpose of sensitivity and awareness towards human rights. 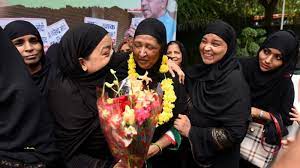 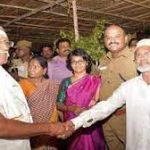