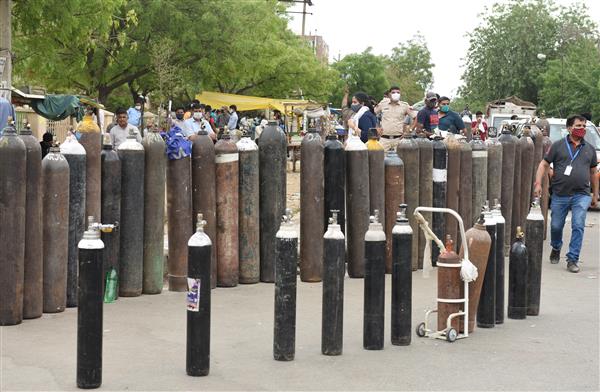 The Supreme Court noted that Delhi is in a critical situation, but the Centre has not supplied 700 MT of oxygen as directed

A Bench of Justices DY Chandrachud and MR Shah has stayed the Delhi High Court order issuing a show cause notice for contempt to the Central government for its failure to supply oxygen to the National Capital.

According to Bar & Bench, the court observed that hauling up government officers for contempt of court will not solve the oxygen crisis in Delhi. “We stay the operation of the contempt notice issued by Delhi High Court….this stay will not be a restraint on Delhi High Court to monitor the on ground situation on other heads,” the Bench reportedly said.

The Central Government had approached the Supreme Court against the High Court order yesterday through Solicitor General Tushar Mehta, who mentioned the matter before Chief Justice NV Ramana on May 5.

Bar & Bench also quoted the Bench saying, “At the outset, it needs to be clarified that why this Court is hearing this plea is because exercising powers under contempt jurisdiction will not solve the problem faced by Delhi. When a country is facing a humanitarian crisis court must aim at problem solving.”

The Bench of Justices Vipin Sanghi and Rekha Palli had noted on May 4, that the Centre had not complied with the Supreme Court and it’s own directions regarding oxygen supply to Delhi. The Bench had remarked, “Are you living in ivory towers? Where are you living?… What you’re saying is that because the Delhi Government didn’t raise the demand people should be allowed to die now? Is this what it’s come to? You want to quibble while people are losing lives?”

Earlier on May 1, the Delhi High Court had directed the Central Government to ensure that Delhi receives the allocated quantity of 490 metric tons of oxygen today (May 1) itself “by whatever means”. The Bench had noted that although the said quantity has been allocated by the Centre to the Delhi government, it has merely been a “paper allocation” since the state has not received the supply.

The Supreme Court had also directed the Centre to ensure that the deficit in Delhi’s demand for 700 metric tons of oxygen per day is rectified on or before the midnight of May 3, as SabrangIndia had reported earlier. It urged the Centre and State to cooperate on the issue and make sure the supply remains steady. “In the battle of shifting responsibility of supplying/off taking of oxygen, the lives of citizens cannot be put in jeopardy”, recorded the order.

During the hearing yesterday, according to a LiveLaw report, Justice DY Chandrachud took very strong exception to Additional Solicitor General Chetan Sharma’s response to Delhi High Court yesterday that the Supreme Court had not directed the supply of 700 metric tons per day of oxygen to Delhi.

“Why does your ASG say we have not directed 700 MT? The problem is when your ASG argues this before Delhi High Court…you are getting into cross-fire,” Justice Chandrachud told the Solicitor General Tushar Mehta. To this, Mehta said, “I am not getting into it. I will stand by my colleague.”

The SG then informed the court that the Centre is in the process of reaching the figure of 700 metric tons. He also told the Bench that yesterday, 585 metric tons was already allocated, reported LiveLaw.

On the same issue of allocation, the SG explained to the Bench that the allocation of medical oxygen quota for each state is on the basis of a ‘formula’ evolved by experts. The demand of each state is dependent on the number of hospital beds and covid cases. On the basis of this, Mr. Mehta argued that Delhi’s demand for 700 metric tons of oxygen was not justified.

The SG said, “50% of ICU beds need 10 litres per minute and 100% needs 20 per minute. I’m not going back from my statement. The figure by Delhi Govt for 700 is not justified. Every State has demanded more, but allocation is based on this formula,” tweeted LiveLaw.

But Justice Chandrachud said that this formula of the Centre is based on assumptions and does not fit in Delhi’s situation. “The formula is based on assumptions. That 100% ICU beds require oxygen and 50% beds require oxygen. This is not the case in every State. What’s happening in Odisha may be very different from the state of the pandemic in Maharashtra or Delhi. You cannot have a general assessment for the entire country, irrespective of the state of the pandemic. The pandemic is peaking at different times in different states. The pandemic in Delhi is very critical. Our order was on 2nd of May. We are on the 5th of May. What you need to do is tell us how much you have allocated over the past few days,” said Justice Chandrachud.

In its order, the Supreme Court recorded, “..it would be necessary for the Central Government to look at the formula afresh and to determine as to whether it needs to be altered having regard to the specific requirements of areas such as NCT of Delhi which have been seriously affected by the second surge of the pandemic. Apart from the requirement of oxygen in a formal institutional framework, oxygen is also being made available to individuals who are unable to get beds in hospitals. Hence, it would not be adequate to make an assessment of the quantity of oxygen required based exclusively on the formula which has been used thus far by the Central Government.”

The SG informed that on May 3 the allocation was 433 MT and May 4 it was 585 MT. But the Bench said that Delhi requires more oxygen. LiveLaw quoted Tushar Mehta saying, “According to me, if they have 500, they will be able to manage. We don’t have unlimited oxygen; we will have to rationalize.”

The Bench refuted this argument and said, “We are answerable to the citizens. As Judges we don’t have contact with as many people as you are. But, officers in my office tell, lawyers are crying, asking for help. 550 is not sufficient. The ground situation shows that.” It then directed the Centre to comply with the 700 MT supply order.

According to some news sources, the apex court also suggested that the Centre should take note from the Bombay Municipal Corporation as the civic body had done a good job in managing oxygen supplies.

LiveLaw quoted the Bench saying, “There is wealth of information coming in every day. Bombay Municipal Corporation is doing some great work, with no disrespect to Delhi. What they are doing, how they are managing. We can learn from them. I also understand that Maharashtra also produces oxygen which Delhi cannot do.”

The Central government has been directed to place a comprehensive plan for allocation, supply and distribution of oxygen to meet the requirements of GNCTD. The matter will be heard today on May 6. 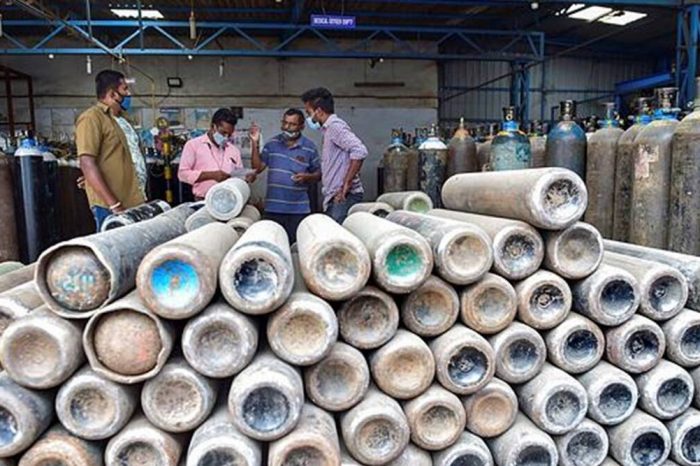 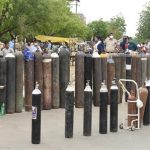