The dictionary defines a mother as a female who births her child after carrying them in the womb for nine months. But today, motherhood is beyond that. It isn’t defined by gender or blood relations but by actions. And over the years, we have come across strong women who have taken the shape of mothers in so many different ways—whether it’s adopting a child, being a pet or plant parent, or even dedicating your life to a cause with the same love and care a mother would give to her kid. This Mother’s Day, we recognise five women in India who have redefined motherhood. Read on to know their inspiring stories.

Life wasn’t easy for Sindhutai Sapkal. She was married at the age of 12 to a man twenty years older than her. At the age of 20, when she got pregnant for the fourth time, a vile landlord spread a rumour about her infidelity. Believing it to be true, her husband physically abused her and left her in a cowshed. She gave birth to her child all by herself. When she went back to her maternal village, her family didn’t accept her. She had to resort to begging to take care of her daughter. During this struggling phase, she met orphans and realised how hard life has been for them and decided to adopt them and feed them, even if that meant that she had to resort to begging.

Today, the 72-year-old is known as the Mother of Orphans and is a mother to more than 1400 children and a grandmother to over a thousand. She has received more than 270 awards, one of them recently being the Padma Shri this year in the Social Work category. Even though all odds were against her, Sinshutai fought back with a smile on her face and gave a new life to so many children who didn’t have parents, giving a new meaning to motherhood.

Meet one of India’s first transgender mothers and a social activist fighting for LGBTQIA+ rights. People mocked her throughout her childhood, but that didn’t deter her from owning her identity. In 2000, Gauri Sawant founded the Sakshi Char Chowhi Trust, an NGO promoting safe sex and providing counselling to transgender people. By adopting her daughter Gayatri (whose birth mother had passed away), she rescued her from being sold to Sonagachi, one of the largest red-light districts of India in West Bengal. Now, she’s on a mission to open Nani Ka Ghar, a safe home for abandoned children, transgender people and children of sex workers.

If you’re wondering who the OG Indian plant mom is, then you ought to know Karnataka’s most popular environmental activist, Saalumarada Thimmakka. She is known for her dedicated cause of growing almost 400 banyan trees and protecting them on a 4 km road connecting Hulikal and Kudur (45 km from Bengaluru). That’s how she earned her title of the ‘Mother of Trees.’ It is said that Thimmakka and her husband don’t have any children, and they started spending evenings nurturing trees until they grew sturdy. That’s probably how her love for plants grew so much. The 109-year-old has planted over 8,000 trees across India in her lifetime and has inspired many across the globe to preserve the natural environment.

They say teachers are like our second mothers. And Sushila Barthwal from Rishikesh is proof of it. Five months after her marriage, Sushila Barthwal lost her husband, and she came to know that she was pregnant. Just when she was losing all hope, she decided it was time to change not just her and her child’s but also the lives of children who weren’t fortunate enough to receive the love and affection of parents. She became a teacher, and in her career spanning over 26 years, she is known for sponsoring the education of many children who had lost their parents. A lot of her students even call her their mom. Her efforts have been recognised by the state government by honouring her with the Shailesh Matiyani Award in 2018.

Born to the parents of an inter-caste marriage, Geetha Rani was never accepted by her relatives. Hence she found solace in caring for stray dogs and referred to them as her children. That’s when she decided to open a shelter named Snehalaya for abandoned pets and animals. Known as the Dog Lady of Coimbatore, her shelter centre took care of over 400 strays. The word ‘no’ never existed in her dictionary, and anytime anyone called her to rescue an animal, she would immediately go. She lost her battle to cancer in 2019, but even till her last breath, she never stopped rescuing strays in need. 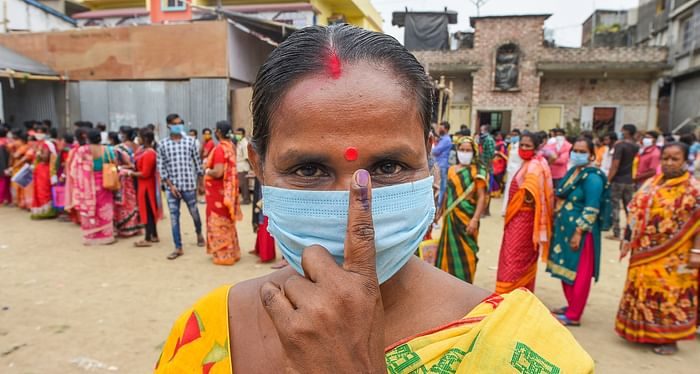 Categories Within Women Made Mamata Win, Not Entire Female Vote 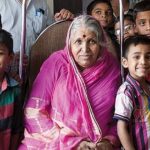