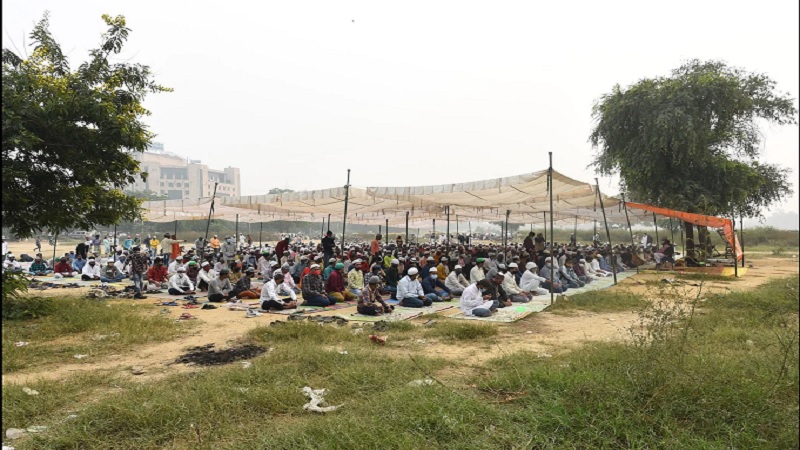 Fuelling hate in Gurugram is a right-wing backed step in disturbing this peace between the two communities, who have stood together on many issues

Right-wing forces seem to be keeping their focus on Gurugram. A few days ago, their plans to disrupt namaaz once again were foiled by the Sikh community, which offered the open space in their gurudwara (a Sikh place of worship) compound to the Muslim community for the congregational prayers. According to sources, the prayers, if they were held, would have been outside the main gurudwara in the courtyard or in the basement community hall.

However, the prayers were not held at the gurudwara this Friday. As soon as the news of the Sikh community offering some space to the Muslim community spread, it was reported that right wing groups began building pressure, and even came to protest at the venue. Friday was also Gurpurab, which marks the birth of the first Sikh guru, Guru Nanak Dev and is the biggest festival of the community.

Altaf Ahmad, co-founder of Gurugram Nagrik Ekta Manch, a citizens’ group that works towards peace-building, told the media that Muslims were unable to pray in the gurudwara because Hindutva leaders “were waiting outside to disturb communal harmony”. However, a delegation of Muslims did go to visit the Sona Chowk Gurudwara in the Sadar Bazaar area of Gurugram on Friday, to thank the Sikh community for their gesture of peace and fraternity. Mufti Mohammad Saleem, president of the local chapter of the Jamiat Ulema E-Hind.

According to news reports on Gurpurab, over a dozen men who claimed to be members of the Sanyukt Hindu Sangharsh Samiti, the umbrella body of right-wing Hindutva groups, had gathered outside. The Samiti has been at the forefront of the anti-Namaaz protests that have been held each week in the city that is a part of the National Capital Region.  has been opposing namaz in public spaces. This time they distributed copies of a book about the ninth Sikh guru, Guru Tegh Bahadur, titled Hindu Dharma ki Raksha ke Liye di Gayi Shaheedi ki Mahaan Gatha, Guru Tegh Bahadur, Hindu di Chaadar (The great saga of martyrdom for the protection of the Hindu religion: Guru Tegh Bahadur, the protector of Hindus). As reported, Namaaz was not held at the gurdwara that day, as the Muslim community had already decided.

Meanwhile, on Sunday November 21, a delegation of Sikh leaders, some from Punjab, came to the Gurudwara at Gurugram, to take stock of the situation, as the news had made international headlines. According  to Daya Singh, a long time member of the Gurudwara, and a member Gurugram Nagrik Ekta Manch, there was even some distorted/ fake news that the namaaz was to be offered in the sanctum sanctorum of the Gurudwara.

“I told them that this was not the case, I have been a secretary of the Singh Sabha and I am a member here,” he told SabrangIndia. He recalled that in the 70s- to the 80s, the Sikhs were being targeted and it is the same approach being used to target Muslims today. “The first experiment of the RSS was on the Sikhs, even though the government was that of the Congress then. The RSS was not visible in the front, but they were changing their mindsets. We [Sikhs] were being alienated then, now Muslims are being alienated.”

He said the words used to alienate were also similar, “terrorists, traitors,” and that attempts are being made to repeat this history of hate against Muslims. Gurugram Nagrik Ekta Manch, he said, rose in 2018 when the Muslims were again not allowed to offer namaz. “I had intervened then and said even then that namaaz being offered is not a crime. They are slokas of [Sufi saint] Baba Farid in the Guru Granth Sahib,” said Singh. According to Singh, the unity and brotherhood between Sikhs and Muslims, as has publicly been displayed in the farmers’ protest over the  past 12 months, has shaken the right wing forces. As did the unity between the Jaat and Muslim communities. The three said their prayers together at the protest site, as well as organised and shared multiple langars or community kitchens. It is this coming together of communities together will spoil any communal hate agenda on the right wing planner.

Daya Singh, as the spokesperson of the Gurugram Sri Guru Singh Sabha also wrote on his Facebook page, “When Sikhs were butchered during 1984, Muslims all over the country stood by Sikhs, then why not Sikhs must come out with open hands if Muslims are in trouble.” The Sikh code of conduct or Sikh Rehit Maryada is a code of conduct that is clear on the rules of conventions for Sikhism, he says. On Friday, members of the Gurgaon Nagrik Ekta Manch, Mohd Adeeb and Altaf Ahmad, were also part of the delegation that came to the Gurudwara on Gurpurab. The Muslim delegates were honoured with saropas [ceremonial scarves] and they too reaffirmed their cordial relationship with the Sikh community.

On Sunday, too there were some representatives of the Muslim community at the meeting, said sources. The meeting has now decided that if the Muslim community send a proposal seeing a space to offer namaz the Gurudwara Committee will discuss it. There is a basement, and a schoolyard next door. Namaz is not permitted in the gurudwara’s sanctum sanctorum ever. Daya Singh recalled how a delegation of Muslims from Malerkotla had gone to the Golden Temple to meet the Akal Takth’s officiating head, Giani Harpreet Singh [to seek his support during the anti-Citizenship Amendment Act (CAA) protests ] and were invited to offer namaz at the courtyard between the Akal Takht. The images of the congregational prayers had gone viral.

It is this unity that the right wing groups are trying to break, reiterated Singh, “I told them we [Sikhs] have a rapport with Muslims. Guru Nanak was accompanied by Bhai Mardana a Muslim, who would have offered namaaz too.” He added that the right-wing was also distorting history to suit their purpose. For next Friday, if  the Muslim community apparoaches the gurudwara the issue will be discussed. “For now the Muslim community has said we will come only if in dire need. However they are happy that we [Siks] are with them and that they have not been alienated,” Singh told SabrangIndia, adding “when a community stands together it is a different matter. Many people have appreciated this unity.”

However, there are some like Ravi Ranjan Singh who has been saying on video that the “Gurugram Gurdwara, [was] besieged by Taliban/neo-Talbistani” as he is describing Muslims. He also alleged that Gurugram’s muslims were “blocking roads” to offer namaz. According to Daya Singh however, the Rashtriya sikh Sangat group of Ravi Ranjan Singh is an affiliate body of the RSS. According to Daya Singh any complaints must be filed with the gurdwara management committee. Ravi Singh has in all effect threatened and accused the gurdwara committee of disrespecting the Sikh code of conduct. Ravi Ranjan Singh continues to raise the bogey of “love jihad” in this communal video: https://www.youtube.com/watch?v=5fmrBXhamjk . On other social media pages, he has called for the Sikh community to stand “against such immoral acts”. 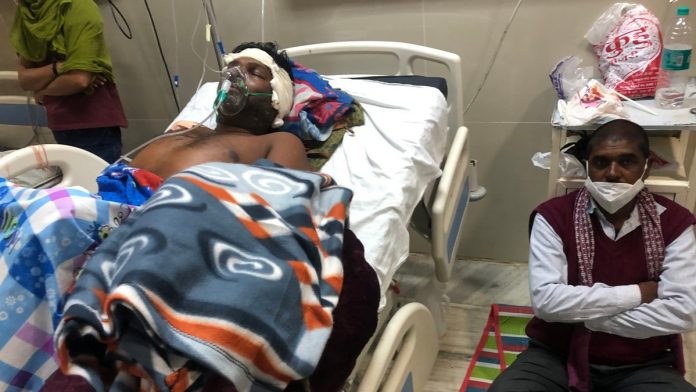 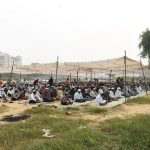