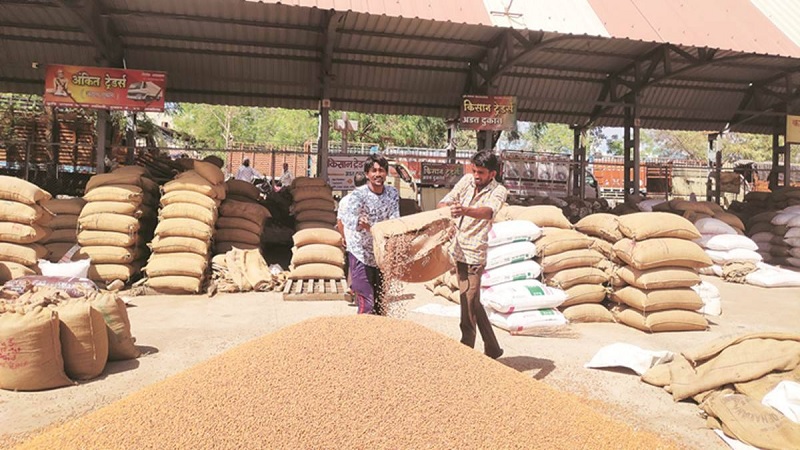 Around 3.12 lakh farmers registered to sell this year’s record sowing chana (gram) to the government at the Minimum Support Price (MSP) of Rs. 5,100 per quintal by February 10, 2021, four days before the registration window closed, said Indian Express.

According to the Gujarat State Civil Supplies Corporation Limited (GSCSCL) data, 3,12,647 farmers registered since the beginning of the procedure on February 1. This figure is more than double the number of registrations last year – 1.48 lakh farmers – although the MSP for chana in 2019-2020 was Rs. 4,875 per quintal. The central government has hiked the price by Rs. 255 having calculated production cost of the crop at Rs 2,866 per quintal.

The huge registration also hints at the positive effects of the 2020 monsoon that allowed farmers to sow the crop in 8.19 lakh hectare in the rabi season 2020-21. Total chana acreage of 8.19 lakh h is 280.80 percent of the past three years’ average acreage of 2.91 lakh h and more than double the last year’s acreage of 3.78 lakh h.

Chana crops have thus shown the highest percentage growth among 21 major crops in Gujarat. It is followed by coriander, which had a 225 percent sowing compared to past three years’ average. Chana is also the second largest crop of this year, closely following wheat – 13.66 lakh h. Gujarat’s second advanced estimate projected chana production at 13.01 lakh tonnes, more than double compared to 6.35 lh last year.

Saurashtra is followed by six northern districts where 23,602 farmers registered despite an acreage of 65,600 hectares. The figure represents 7.54 percent of total registrations and 8 percent of acreage. Further, Patan (17,189) is the only district, excluding Saurashtra region, where more than 10,000 farmers registered.

As many as 9,880 farmers registered from eight districts of central Gujarat accounting for 3.16 percent of total registrations showed that chana was sown in 1.24 lh i.e., 13.72 percent of total acreage. Ahmedabad district records 5,795 registrations that is lower than Saurashtra’s lowest registration numbers although chana acreage in these two districts is 50,900 ha and 21,700 ha respectively.

Rajkot district also recorded the largest gram acreage in Gujarat with cultivators having sown the crop in 1.07 lakh h that is 13 percent of the total acreage. Farmers’ registrations in the district account for 19.54 percent of Gujarat registrations.

By the final date of February 15, GSCSCL officials said registration figures are likely to be revised upwards. The state government intends to set up 188 procurement centres and start chana procurement from February 16 on behalf of the central government.

The Centre usually procures upto 25 percent of total crop production in a given state during marketing season under its price support scheme (PSS.) The chana procurement this season can go beyond four lakh tonnes.

To allow farmers to continue selling crops at MSP, farmers across the nation continue their struggle against the three farm laws – the Farmers (Empowerment and Protection) Agreement on Price Assurance & Farm Services Act, the Farmer’s Produce Trade and Commerce (Promotion and Facilitation) Act and the Essential Commodities (Amendment) Act – and demand a legal guarantee to MSP. 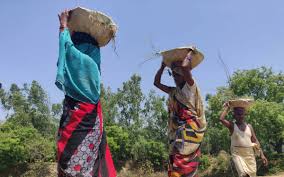 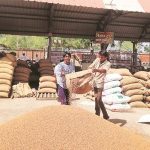