According to veteran Gujarat Dalit leader Martin Macwan, whose organization Navsarjan Trust has taken this initiative, hundreds of Dalits from Gujarat, Rajasthan and Haryana will ferry the coin to New Delhi by train with the demand that it be a motif of the new Parliament building.

Ahmedabad: “Will the 1947 dream of an India free of the scourge of untouchability become a reality in 2047?” This is not a slogan or a quotable quote of a famous writer; it is a question that is being addressed to the country by lakhs of Dalits and has been engraved on a 1,000-kg 10-feet high brass coin which has a diameter of 2,047 mm. It has been made from brass utensils donated by thousands of Dalits from Gujarat and elsewhere.

According to veteran Gujarat Dalit leader Martin Macwan, whose organization Navsarjan Trust has taken this initiative, hundreds of Dalits from Gujarat, Rajasthan and Haryana will ferry the coin to New Delhi by train with the demand that it be a motif of the new Parliament building.

Macwan told the Free Press Journal that hundreds of these Dalits will chart their train journey August 1 to August 7 through Gujarat, Rajasthan and Haryana.

“We will also submit a letter to the President, Lok Sabha Speaker Om Birla and the Vice-President,” he said.

Macwan added that smaller 3-kg coins would also be distributed among MPs as well as chief ministers. Asked if his organization was not opposing the new Central Vista building, which is a subject of controversy, Macwan said, “The issue of untouchability is far more serious than a new parliament building.”

He said, “This journey, aptly titled “Bhim Rudan (the lament of Bhim),” is in memory of Dr Bhimrao Ambedkar and his dream to see the menace of untouchability obliterated.

Macwan disclosed that Rs 6.5 lakh was collected in donations of one rupee or similar small denomination from Dalits. The brass coin was made after melting the utensils – with a cumulative weight of 2,450 kg. The humongous coin has been crafted in Ahmedabad by Vishwa Ranjan and Ballu. Macwan said, “We have made a film, too, and intend to release it next year.’’

Predictably, the coin has the image of Dr BR Ambedkar, on one side, and Lord Buddha, on the other. The word “untouchability” has been inscribed on the coin in 15 different languages. A letter has been sent to the central government, informing them of their arrival and their purpose.

Note: This news piece was originally published in thefreepressjournal.com and used purely for non-profit/non-commercial purposes exclusively for Human Rights. 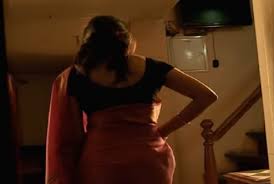 The college manager raped the Dalit teacher selected by the commission 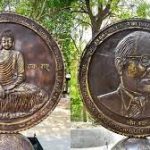