Bhavnagar police have nabbed four persons in connection with the murder of RTI activist Amrabhai Boricha. Two FIRs have been lodged — one against 10 persons booked for murder and other charges and another against Sub-Inspector P R Solanki of Ghogha police station, who has been accused of ignoring the victim’s apprehensions regarding threat to his life.

Boricha was killed even as he was protected by two Home Guard personnel. The family received his body Wednesday after Solanki was suspended. The Dalit farmer and RTI activist and his daughter Nirmala were allegedly attacked by 10 men inside their residence Tuesday evening. Boricha, around 50-year-old, succumbed to his wounds on way to the hospital.

They have been booked under IPC sections 302 (murder), 307 (attempt to murder), 452 (house trespass after preparation for causing hurt, assault, or wrongful restraint), 506(2) (criminal intimidation), 324 (voluntarily causing hurt with dangerous weapons or means), 294(b) (recital or singing of obscene songs in or near public place), unlawful assembly and rioting. The accused have also been booked under the SC-ST (Prevention of Atrocities) Act.

In her complaint, 25-year-old Nirmala stated that when she and her father came out of their home to see the victory march, Kanaksinh verbally abused them and told Amrabhai that he would kill him. She has said the attack happened in the presence of the security personnel deployed for their protection. She said Bhaylubha, Shaktisinh, Jayrajsinh, Padubha and Viramdevsinh assaulted her father in 2013 and had been pressuring him to strike a compromise in the case.

Boricha was killed even as he was protected by two Home Guard personnel. The family received his body Wednesday after Solanki was suspended. 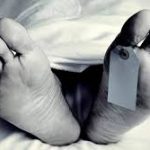