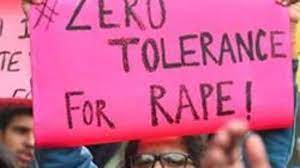 The case of Gorakhnath area of ​​Gorakhpur city in Uttar Pradesh. The woman has accused the police that even after complaining several times, it has been almost two months but FIR was not registered against the accused, while a case has been registered against them for non-payment of money on the complaint of the accused. Police said that the investigation of the complaint of the woman is going on, after which further action will be taken.

Gorakhpur: A case of attempt to rape a Dalit woman has come to light in Gorakhpur city of Uttar Pradesh. It is alleged that apart from assaulting the woman, she was also given casteist abuses.

The woman says that despite several complaints in this regard to the police station, no action has been taken against the accused.

According to a Dalit woman, a resident of a village in the Campierganj police station area of ​​Gorakhpur district, she lives in a rented house in Rajendra Nagar, Gorakhnath, and has been doing sewing work in a factory located in the same area for about 3-4 months. was doing

The woman said, ‘On June 15, 2022, the factory owner tried to hold my hand, due to which I did not go to the factory the next day (June 16). In the afternoon, a woman working in the factory got a call that it is the owner’s birthday, come to the factory. She requested us a lot, after which I went there.

She further said, ‘I reached the factory at around three o’clock, there I saw there was no birthday. Everyone was working. After a while, the owner took everyone’s leave in turn and I do my account of you. Don’t come to work from now on.

The woman alleged, ‘After that he went to his cabin. After a while he asked to come inside. When I went inside, I sat on the sofa and after sometime closed the door and started catching me from behind. Started pulling forcibly and took off the clothes too.

The woman said, ‘After this I started trying to run away, then they said that if I told anything to anyone, I would get you killed. After that, he beat me up and said casteist words and said that all your pride will be shattered.

He told that after this she somehow ran home and told the whole thing to the family members.

It is alleged that the factory owner got a call from him and threatened him that if he complained to the police, he would not allow him to stay in Gorakhpur. Along with this, he also talked about complaining to the police against the woman.

According to the woman, ‘I went to Gorakhnath police station and gave a complaint. After that he started pressurizing for reconciliation. Had threatened that if I did not reconcile, I would get killed, after which it has become very difficult for me to get out of the house.

They allege that the factory owner’s father was a judge, so he is not allowing the case to be registered. Instead of taking action against the factory owner, the police has registered a case against me on July 22 for not paying the advance money at his behest.

When the factory owner was talked to regarding this matter, he denied all the allegations and said, ‘I have fired her, so she is making such allegations against me. They have also borrowed 9 thousand rupees from me, for which I have also lodged an FIR.

Talking to Gorakhnath police station in-charge in this regard, he said, ‘FIR has not been registered yet. The matter is being investigated by the authorities, after that further action will be taken. Right now we cannot respond to any of the allegations of the victim.

At the same time, Ratnesh Singh, Circle Officer of Gorakhpur police station said, ‘We will be able to tell you something only after taking information from the police station about this matter.’

Gorakhpur Police In this regard, has told its official Twitter account that the Superintendent of Police Crime has been sent for investigation and necessary action in the matter.

(Mohammed Ali is a freelance journalist.) 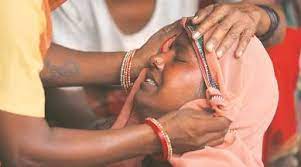 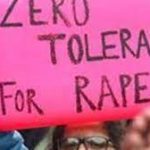