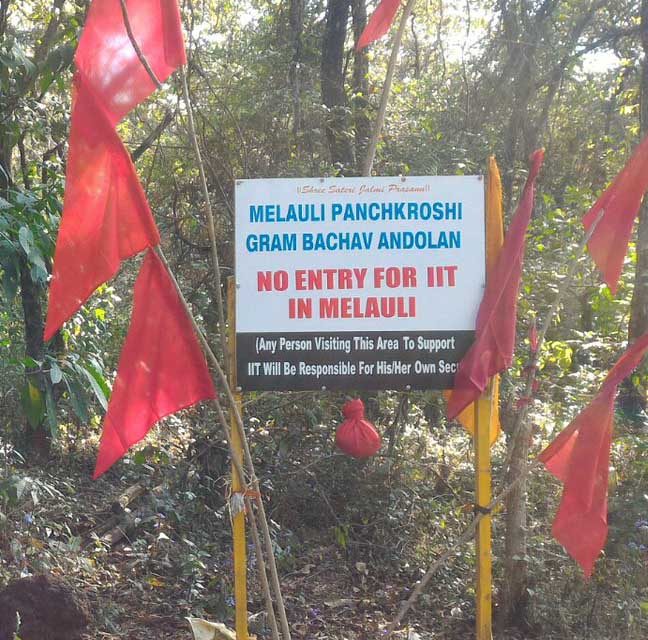 Shel-Melauli village Adivasis in Goa alleged local police resorted to tear-gas and lathi-charge attacks to subdue January 6, 2021 protests against the state government’s decision to give their land to the Indian Institute of Technology (IIT) Goa.

On Wednesday, locals assembled at the project site to protest the Goa Cabinet’s decision to allocate 10 lakh square metres of land without first consulting villagers who depended on the land for their livelihood. Many police officers were deployed from nearby areas along with police buses to patrol the area.

According to Co-Convener of the Melauli Panchkroshi Gram Bachav Andolan Shubham, women protesters resorted to sleeping at the boundary of the protest area to keep surveyors and police from entering the disputed land. Police first attempted to convince the mass of over 200 protesters to retreat from the area.

However, protesters rejected appeasement from the police stating that the government had ignored successive letters from villagers, and then allowed surveyors to enter the area through the backdoor. Villagers stated that they would not retreat from the area.

“Eventually, the policemen stomped on the women lying on the ground. Other protesters came forwards to stop the police. They finally retaliated with tear gas attacks one of which hit me in the face,” said Shubham.

According to one of the coordinators Cedric, 70-year-old women who were leading the protest collapsed due to the tear-gas. He said that this was the first time that villagers had seen such an attack and did not know how to respond. Many protesters have suffered scratches and breathlessness following the incident.

Nonetheless, the agitated villagers succeeded in forcing back the police. NGO workers and village leaders finally brought protesters to a safe area near the boundary to take stock of the situation.

Meanwhile, Times of India reported the police’s side of the incident wherein they claimed that Adivasis started the scuffle by setting fire to the dry grass in the area.

On January 5, a women-led resistance, comprising around 200 people, prevented IIT officials from surveying the project land. Similarly, for the past two months, Melauli villagers have been observing peaceful protests to protect the land where adivasis cultivate cashews and earn a livelihood. 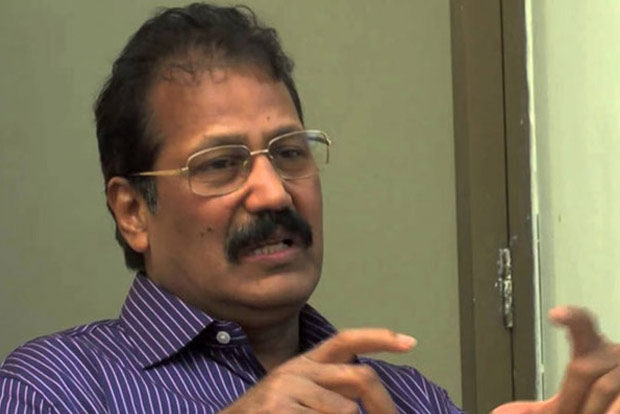 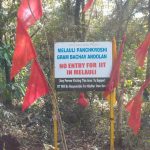