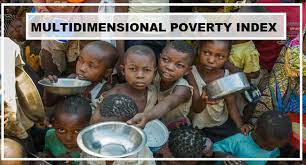 In the article below, check what Global Multidimensional Poverty Index is in the year 2021 and what is India’s status in the index. Know the details and factors on which multidimensional poverty is based on.

Multidimensional Poverty Index was launched by United Nations Development Programme (UNDP) and the Oxford Poverty and Human Development Initiative (OPHI) in 2010. MPI is the idea that poverty is not unidimensional.

The index states that poverty does not just depend on one factor such as income, instead it is multidimensional. Take a look at all the details covered by MPI below.

What is the definition of poor as per MPI?

There are three basic dimensions used in MPI and ten indicators. These are:

Education: This includes the years of schooling and child enrolment which must be 1/6 weightage each making the total 2/6.

Health: Child mortality and nutrition are included in this carrying 1/6 weightage each.

Standard of Living: It is inclusive of electricity, flooring, drinking water, sanitation, cooking fuel and assets which make 1/8 of weightage each.

The ten indicators happen to be:

What does the index measure?

The index shows the proportion of poor in the place and the average number of deprivation each poor person of the country experiences.

As per the data collected by UNDP, 1.3 billion people are poor multidimensionally

Almost half of the children of the world under the age of 18 also fall in this category.

85% of the poor live in Sub Saharan Africa or South Asia.

Two-Thirds of the multidimensionally poor people worldwide live in households where no woman or girl completed 6 years of schooling as a minimum. This makes 836 million people in that category.

As per the data collected of the Living Standard- 1 billion people are exposed to solid cooking fuels and 1 billion others are living with inadequate sanitation. Another billion have substandard housing.

India stands at 62nd position in the index

MPI is informative of the intensity of multidimensional poverty among the castes and tribes among individuals who may not be a member of any caste or tribe.

The report states that five out of six multidimensionally poor people from India are from lower tribes or castes.

9.4% of the Scheduled Tribe group lives in multidimensional poverty

33.33% of the Scheduled Caste group lives in multidimensional poverty

27.2% of the OBCs in India also fall under the MPI group

Another finding of the report is that almost 12% of the Indian population lives in female-based households.

Note: This news piece was originally published in jagranjosh.com and use purely for non-profit/non-commercial purposes exclusively for Human Rights objectives. 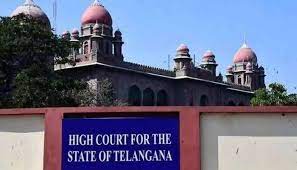 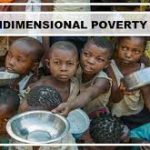