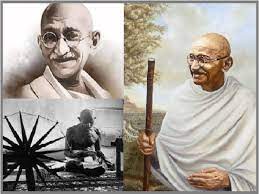 The 152nd birth anniversary of Mahatma Gandhi is observed on October 2, 2021. He was hailed as a powerful inspiration across the world.

The caste system in India is still an existing social institution and the topic of everyday discussion. There is a famous saying that “In India, you do not cast a vote-you vote a caste.”

Caste System has a long history and has been in various forms. Historically, it was known as “the varna system” and was based on organising social life into four varnas. At the lowest level or bottom layer of the caste system are “Harijans” or the “untouchables”. Nowadays this category in India is known as Dalits and Scheduled Castes.

Mohandas Karamchand Gandhi, popularly known as Mahatma Gandhi was born on October 2, 1869. Every year October 2 is celebrated as Gandhi Jayanti and this year marks his 152nd birth anniversary. He is also known as “Father of the Nation.” He fought against Britishers and is famous for his non-violence methods and approaches.

Mahatma Gandhi and the Caste System

From 1920 onwards, both Mahatma Gandhi and Dr. B.R. Ambedkar began organising protests against untouchability. At that time anti-untouchability programmes became an important part of the Congress agenda. Mahatma Gandhi simultaneously worked for the upliftment of the lower castes, advocate the abolition of untouchability and other caste restrictions, and at an equivalent time, reassured the landowning upper castes that their interests also would be looked after.

In 1920 at Nagpur’s speech on untouchability, Mahatma Gandhi called it a great evil in Hindu society but also observed that it was not unique to Hinduism, having deeper roots.

He called the doctrine of untouchability intolerable and asserted that the practice could be eradicated. Mahatma Gandhi in 1932 began a new campaign to improve the lives of untouchables, whom he started to call “Harijans” that is the “Children of God”. Subsequently, he founded the All India Harijan Sevak Sangh in the wake of his Epic fast at Yerwada Jail, Pune, on the backdrop of the historic Poona Pact.

Gandhi Ji also opposed the Second Round Table Conference in London in 1931 which segregated the depressed classes or untouchables of the Hindu community into a separate electoral group.

He saw in it a sinister device of the colonial government to generate a rift in the Hindu community in furtherance of the British policy of divide and rule. In spite of Mahatma Gandhi’s strong opposition, the British government made a Communal Award in August 1932 providing for a separate electorate for the depressed classes.

Mahatma Gandhi in May 1933 began a 21-day fast of self-purification and launched a year-long campaign to help the Harijan movement. When an untouchable family sought its membership of the Satyagraha Ashram, Mahatma Gandhi welcomed them. He also fought for Dalits’ entry into the temple.

As per Jaffrelot, Mahatma Gandhi’s views evolved between the 1920s and 1940s. He actively encouraged intermarriage between castes by 1946.

Note: This news piece was originally published in jagranjosh.com and use purely for non-profit/non-commercial purposes exclusively for Human Rights objectives. 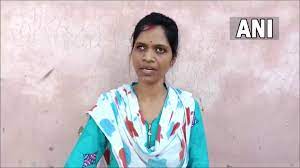 UP: Teacher booked for caste discrimination against students in Amethi 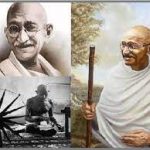