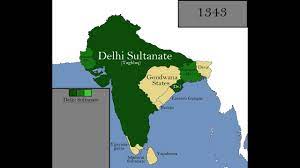 “One senior Judge expressed his views thus: “Actually if people walk on the path of the Vedas, no law is required in the country.” Unfortunately, there is no check on the beliefs and behaviour of the judicial officers, except for conducting training programmes to sensitize them. Is the political leadership of the country concerned?”

“Unfortunately, even 36 years after the Golana massacre, the printed report of the Golana Inquiry committee has not tabled on the table of the Gujarat Assembly. Gujarati newspapers report the proceedings of the Assembly which are nothing but joke and the light comments shared in the house. We never hear about serious debates. Is social justice, as enshrined in the Constitution, a concern anymore?”

The news were disturbing. There was unruly confrontation between the District Magistrate and an elected Member of the Legislative Assembly of Gujarat. AmrabhaiBoricha, head of the lone Dalit family in Sanodar village, Bhavnagar district, was brutally murdered in the presence of his family members and the police guards assigned to protect his life.

There have been several incidents in the country where Dalits, even on their way to court to depose in the murder case of their own kin, are murdered in broad daylight, when officially they are protected by the state.

The news for me have been disturbing for many reasons.

First of all, in this case as well, as in other cases, the victims have made personal and oral representations before the authorities about the danger they are apprehending to their lives.

Secondly, in the present case, a police sub-inspector has been alleged of willful negligent and booked.

It is evident that the frustration among Dalit masses is increasing. The judiciary is increasingly perceived as biased against Dalits, especially in the matter of cases under the anti-atrocities Act. I have been witness to this.

Some time ago, I was invited to speak to the District Session Judges of various States in the National Judicial Academy, Bhopal. My co-panelist was a sitting Judge of the High Court. To his embarrassment, most Session Judges raised hands in response to my suggestion that the anti-atrocities Act was an unrequired law in the country and requires to be axed.

One senior Judge expressed his views thus: “Actually if people walk on the path of the Vedas, no law is required in the country.” Unfortunately, there is no check on the beliefs and behaviour of the judicial officers, except for conducting training programmes to sensitize them. Is the political leadership of the country concerned?

This was the time of the tragic incident of Golana, which took place on Jan 25, 1986, where four Dalits were murdered. Firearms were used to kill the Dalits. Eighteen people were grievously wounded. Two of them died much later due to injuries. Houses were set on fire.

Before the incident took place, district collector, Kheda, AK Jyoti, IAS, had allocated a piece of land to Golana Dalits to build their homes. Most Dalits had a one room house, and in some homes four married brothers were sharing a single room house. The land allotted was illegally occupied by Khsatriyas. I do not want to go deeper in the facts as it is a known history for those who have not forgotten it.

I or my colleagues had never ever dealt with a bloody situation such as this before. What gave us hope was the company of a District Collector, a District Development Officer (DDO), a District Superintendent of Police (DSP), and a Public Prosecutor.

Ravi Saxena, IAS, who succeeded Joti in September 1985, was the District Collector at the time of the Golana tragedy. Jagatheesa Pandian, IAS, was the DDO. M Sekhar was the deputy Superintendent of Police (dySP), and RK Shah was the public prosecutor. Then there were subordinate police officers who were a pleasure to work with, especially Dhanani, a Police Inspector, and BM Rajvanshi, a Police Sb-Inspector of Khambhat Police Station. This was the best example in my journey thus far of the Dalit movement where the most cordial relationship can exist between the voluntary organization, the community of the victims and the administration on behalf of the State.

My memories are vivid about Golana, since that killing changed my life and understanding of Indian society.

In the days that followed the massacre, Gagan and I worked closely with Saxena. I lived in Nadiad then. I never hesitated to call up Saxena, even at seven in the morning for work. He would respond positively. He would invite me to his home early morning, as the office was yet to open for the day. He had organized a lok-darbar in Golana for a whole day and he squatted on the mud floor of Dalit home courtyard dealing with the grievances of the people. He dealt with people in a way to make them at home and joked too.

I remember the lok-darbar where one Dalit man rose to his feet demanding more housing land. Saxena asked whether or not the family planning programme was on. People broke into laughter with him.

Much against our own personal conviction for fire-arms licenses for Dalits, owing to the community pressure, we had approached Saxena, and he readily agreed and sanctioned fire-arm licenses for seven Dalits.

Pandian is another glaring example of what an ideal public officer can be. He replaced Saxena as district collector in 1988. As DDO, Pandian was the person to look at the implementation of welfare measures in the district. He was loved by all Dalits and non-Dalits and local politicians. He never compromised with his principles and never cowed down to political pressures.

If you happen to go an hour or two before the office would open at 11 at the Kheda District Collector’s office, you could see Pandian walking casually in the compound and talking to the villages coming to the office from far-off villages. He did not depend on what his officers briefed him.

I remember, a local politician had dared threaten him with transfer. He laughed and told the man that as he had traveled several hundred kilometers from Tamil Nadu to serve the State of Gujarat and hence a transfer of few kilometers in Gujarat did not bother him.

Similarly, I was witness to the incident once when some politician banged angrily on the office table, and Saxena told him that he could bang the table in the State Assembly and not in his office.

I have met Pandian several times over the last 35 years since the Golana massacre, even as he served on several national and international posts. Whenever we meet, he asks me about Golana. He remembers the names of the village Dalit leaders.

Sekhar was a no-nonsense officer. He unearthed the weapons that were available in the areas around Golana. I remember a day when Dalits had complained that a large contingent of policemen posted for their protection did not do their duty seriously and were sleeping at night.

Unfortunately, he was trapped in a false case. Although he was acquitted of all the charges, the order came in his hands when he had retired. A bright and honest young officer’s career was destroyed by the people who were not happy with the way he worked. I had visited his home once in Petlad when he was DySP just before his promotion to DSP. He had a wooden cot in his house to sleep on. Much to my embarrassment he pointed to a Police Sub-Inspector, and told me, “This fellow is much better off than what I am. It is only because I am not corrupt.”

Together all these officers ensured that not only Golana, but the entire area of Bhal, was free of caste atrocities. This was at the times when Madhavsinh Solanki was a prominent politician in both Gujarat and the Centre, a fact the Khsatriya community found solace in.

Last but not the least, I want to remember RK Shah. We had never known him earlier, though we had read about him successfully fighting some of the most sensational cases in Gujarat. I had gone to met him at his simple office near Lal Darwaja, Ahmedabad, to request his consent to be the public prosecutor for the Golana trial. He had agreed. Next one year we worked together to ensure conviction in the Golana case.

Shah is a lawyer and a philosopher. He is a well-read man in subjects other than law. After the Golana conviction, he gave me a gift, which I preserve with utmost care even this day. It was the first print copy of ‘Buddha and his Dhamma’ that Dr BR Ambedkar had sent across to RP Bhole, for his review.

Bhole was the chairperson of the People’s Education Society that Dr Ambedkar had founded. Shah had trained himself as labour justice lawyer with Bhole. The book has several notings with red pencil.

At the time of the Golana massacre, I must mention the important role played by three politicians. Amarsinh Choudhary, who was Gujarat chief minister (1985-89), Yogendra Makwana, who was home minister, and the most revered and respected ZinabhaiDarji.

Every major incident of Dalit and Tribal atrocity that I worked with, Zinabhai was always there to visit the village. Golana had seen for the first time perhaps in Gujarat the appointment of 21-member all-party MLAs’ inquiry committee, led by Chimanbhai Patel.

Unfortunately, even 36 years after the Golana massacre, the printed report of the Golana Inquiry committee has not tabled on the table of the Gujarat Assembly. Gujarati newspapers report the proceedings of the Assembly which are nothing but joke and the light comments shared in the house. We never hear about serious debates. Is social justice, as enshrined in the Constitution, a concern anymore?

At the Dalit Shakti Kendra, which I set up near Sanand town in Ahmedabad district, we have trained about 11,000 residential graduates in the past 21 years. And I tell them the stories about what had happened in Golana, as elsewhere.

It is not a long history I am talking about. But, suddenly, there is a trust deficit between the poor people and the bureaucrats that is hung in the air. Today, even activists have to struggle hard and go from pillar to post to register a simple FIR. ‘Atmanirbhar’ slogans for common people mean ‘bother-us-no-more’. As if the country is suddenly tired of ‘social justice’, as our beloved former President, Dr KR Narayanan, had predicted.

I am equally concerned the way the present day activism targets bureaucrats. Last year, I walked in to meet Gujarat chief secretary Dr Anil Mukim for the first time to present him the ‘Constitution House’ that we had constructed. Dr Mukim rose from his chair and walked to the door to greet me as I entered his office. Politicians who behave in the most irresponsible manner escape our attention, and often we end up targeting the bureaucrats.

I strongly feel the need for reforms at three counts: police reforms, public service reforms and the judicial reforms. The country does not require only independent judiciary but also independent administration of justice. Trust deficit between the state and the people is a death nail on the coffin of democracy.

Why am I writing this? There must be a serious debate on this topic. 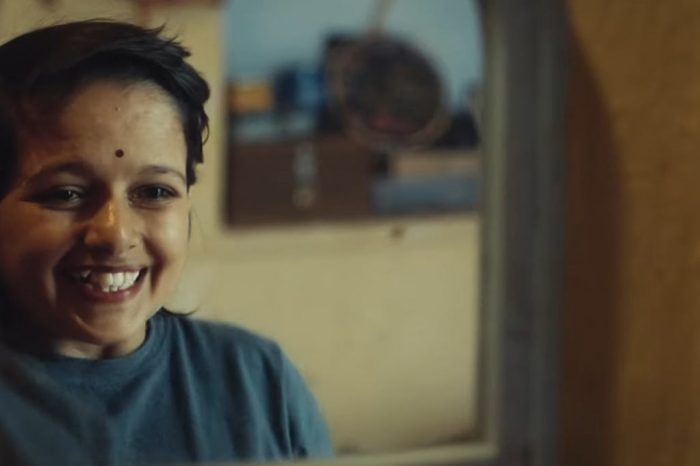 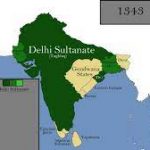