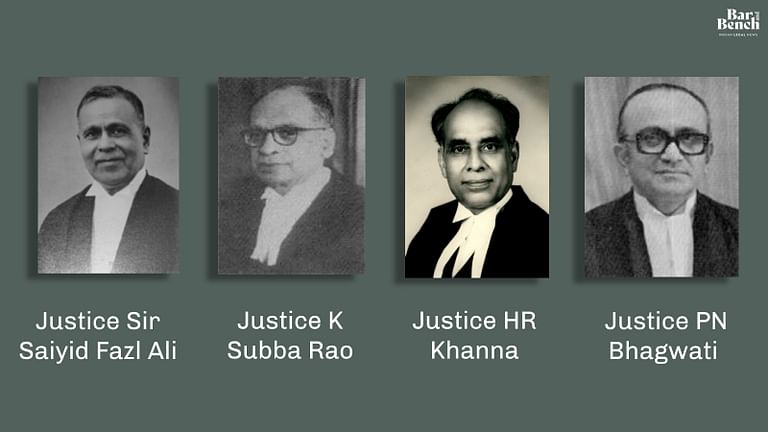 Justice Lalit opined that judges should go by what their conscience says irrespective of whether they are in minority on the Bench.

To err is human and if it is so, then correcting oneself is a divine disposition and this aspect is very important as far as our judiciary is concerned, Supreme Court judge Justice UU Lalit said on Saturday highlighting five important dissenting judgments of the Supreme Court which later went on to be accepted by the Court as the correct view.

There are a number of occasions when the Court has corrected itself and “the vision of one judge, his dissenting opinion(s) has later become the guiding light,” he said.

Below are the five dissenting judgments highlighted by Justice Lalit who termed them the “beacon of light”.

The first great dissent highlighted by Justice Lalit was by Justice Fazl Ali in the case of AK Gopalan v. State of Madras.

The case reached the Supreme Court when Gopalan, a Communist leader from Kerala, was detained without trial under the Preventive Detention Act.

Two important arguments were advanced by Gopalan in this case.

One was that Article 19 of the Constitution guaranteeing various personal freedoms should be read into Article 21 (the right to life and liberty) and Article 22.

Gopalan’s main argument was that Article 19 and Article 21 should be read together. Article 19 gave substantive rights like free speech, right to move/travel to citizens. Article 21 prescribed that no person can be deprived of his life and personal liberty except by procedure established by law. As the preventive detention order results in the confinement of an individual in a cell, it was argued that the rights specified in Article 19 like freedom to move have also been infringed.

Thus, the question before the Court was whether the Articles laying down fundamental rights under Part III are isolated and independent of each other or whether they protect a common thread of liberty and freedom.

Chief justice HJ Kania, who authored the majority judgment, ruled that fundamental rights in various articles in the Constitution are mutually exclusive and exist in silos.

In other words, free speech and movement guaranteed by Article 19 was excluded from personal liberty under Article 21. Hence, preventive detention should be viewed on the touchstone of Article 22 and not Articles 19 (1) (d) or 21.

However, Justice Fazl Ali, in his dissenting judgment, opined that fundamental rights overlapped and that preventive detention under Article 22 also amounted to deprivation of personal liberty and of the right to the freedom of movement, dealt with in Article 19(1)(d).

The second aspect argued by Gopalan was regarding the scope of Article 21 itself or in legal parlance – the procedural due process v substantive due process debate. The argument by Gopalan was that the law contemplated in article 21 should not only be procedurally sound but should also be substantively fair. Essentially, Gopalan argued that a mere procedure prescribed by law will not be sufficient – the procedure itself had to be fair.

Otherwise, the Parliament can pass any law within its legislative power to destroy right to life and liberty of people.

This minority view of Justice Fazl Ali was accepted by the majority of the 11-judge bench (10:1) in RC Cooper vs Union of India, two decades after, highlighted Justice Lalit.

Justice Subba Rao in Kharak Singh v. State of UP

The second major dissent which found mention in Justice Lalit’s address was by Justice Subba Rao in the case of Kharak Singh vs State of Uttar Pradesh.

Kharak Singh challenged the Constitutional validity of Chapter XX and the powers it conferred upon police officials, stating that it violated his fundamental rights under Article 19(1)(d) (right to freedom of movement) and Article 21 (protection of life and personal liberty).

A six-judge Constitution Bench examined the issue of surveillance and validity of regulations in the backdrop of the claim that it violated right to privacy.

The majority held that “privacy was not a guaranteed constitutional right”. It however, held that Article 21 (right to life) was the repository of residuary personal rights and recognized the common law right to privacy.

Taking a divergent point of view, Justice Subba Rao held that even though the right to privacy was not expressly recognized as a fundamental right, it was an essential ingredient of personal liberty under Article 21. He went on to hold all surveillance measures as unconstitutional.

This dissenting judgment later found a prominent place in the celebrated Puttuswamy judgment, as one of the the “Three Great Dissents” authored Justice Rohinton Nariman, said Justice Lalit.

This particular dissenting judgment needs no introduction. It is held out as a shining example of a judge holding out on his own against a majoritarian government.

The case of ADM Jabalpur v Shivkant Shukla, also known as the Habeas Corpus case arose in the backdrop of national emergency proclaimed by the Indira Gandhi government.

A large number of persons were detained under a preventive detention law called Maintenance of Internal Security Act, 1971 during the emergency.

These detentions were challenged before various High Courts under Article 226.

One of the questions before High Courts was whether such petitions were maintainable during the operation of national emergency.

The government’s argument was that High Courts cannot hear such petitions because the Presidential order of June 27, 1975 said that right to move courts had been suspended.

Various High Courts including Madhya Pradesh, Allahabad, Karnataka, Delhi, Nagpur Bench of Bombay High Court and Rajasthan High Court rejected that argument and ruled that they are empowered to hear such cases.

On the question of whether such detentions itself were legal, various high courts took different views.

Appeals were filed against these verdicts of High Courts in the Supreme Court and were heard by a bench of five judges. The Supreme Court considered the validity of the Presidential order which had excluded the jurisdiction of courts to interfere with detention of persons.

All eyes were on Supreme Court or whether or not it will allow the government to detain persons at will or whether it will stand up to a majoritarian government.

By a 4:1 majority, the Supreme Court upheld the argument of the government and held that while a proclamation of emergency is in operation, the right to move High Courts under Article 226 challenging detention by State will stand suspended. Liberty is a gift of law and it can also be forfeited by law, held the majority.

The Court had caved in.

But there was a shining beacon – Justice HR Khanna who penned his landmark dissenting judgment. He held that Article 21 cannot be the sole repository of all rights and that sanctity of life and liberty existed even before the Constitution was drafted.

Even in the absence of Article 21 in the Constitution, the State has got no power to deprive a person of his life or liberty without the authority of law, he held.

This dissenting judgment of Justice khanna was hailed not just in India but across the world. Noting the developments from India’s capital, New York Times in its editorial, praised Justice Khanna for his bold judgment.

“If India ever finds its way back to the freedom and democracy that were proud hallmarks of its first eighteen years as an independent nation, someone will surely erect a monument to Justice H R Khanna of the Supreme Court. It was Justice Khanna who spoke out fearlessly and eloquently for freedom this week in dissenting from the Court’s decision upholding the right of Prime Minister Indira Gandhi’s Government to imprison political opponents at will and without court hearings..” it said.

Justice Khanna also achieved the distinction of being the only Supreme Court judge whose portrait was unveiled in the Supreme Court during his lifetime.

However, Justice Khanna knew before delivering his dissenting verdict that it will cost him the post of the Chief Justice of India. He told his sister: “I have prepared my judgment, which is going to cost me the Chief Justice-ship of India.”

It came true as he was superseded to the post by Justice MH Beg who was junior to him. Justice khanna resigned as Supreme Court judge the same day.

Justice Lalit went on to note how the Supreme Court in its 2017 judgment on right to privacy stated Justice Khanna’s minority judgment laid down the correct law. The Puttuswamy judgment accepted the views of Justice Khanna for the “strength of its thoughts and courage of its conviction”, Justice Lalit said.

Justice Subbarao in T Devadasan vs The Union Of India

In the case of T Devadasan v. Union of India, the Supreme Court held that the “carry forward” rule prescribed in reservations was unconstitutional.

As per the carry-forward rule, unfilled vacancies that have been set apart for reserved-category candidates are to be “carried forward” to the next year in addition to the already existing reservations, thus increasing the quantum of reservations in the succeeding year by the amount unfilled presently.

The Court struck down the Rule as unconstitutional. The reasoning that the majority judgment gave was that reservation in favour of backward classes should not be so excessive as to practically deny a reasonable opportunity for employment to members of other communities.

Five out of the six judges said that the provision made by the State for the reservation of certain proportion of appointments and posts for backward classes in the public services of the State will not infringe Article 14 of the Constitution of India provided that the reservation is not excessive to the extent that it practically denies a reasonable opportunity for employment to members of other communities.

However, Justice Subba Rao, dissented from the majority and held that reservations were not an exception but a part and parcel of the fundamental right to equality of opportunity. He also explained that injustice to individuals which is inherent in any scheme of reservation cannot be a ground to strike it down.

“As the posts reserved in the first year for the said Castes and Tribes were filled up by non-Scheduled Caste and non-Scheduled Tribe applicants, the result was that in the next selection the posts available to the latter were proportionately reduced. This provision certainly caused hardship to the individuals who applied for the second or the third selection, as the case may be, though the non- Scheduled Castes and non-Scheduled Tribes taken as one unit, were benefited in the earlier selection or selections. This injustice to individuals, which is inherent in any scheme of reservation, cannot, in my view, make the provision for reservation anytheless a provision for reservation. There are no merits in the contention that the principle of “carry forward” has resulted in the -third year in the selection of candidates belonging to the Scheduled Castes and the Scheduled Tribes to a tune of 80 per centum of the total applicants for that year and, therefore, the selection amounted to destruction of the fundamental right. If reservation was within the competence of the State, I do not see how the said fortutitous circumstance would affect the reservation so made,” his dissenting judgment said.

Decades later, in 1992, a bench of nine judges of the Supreme Court, in Indra Sawhney vs Union of India, adopted Justice Subba Rao’s dissent to opine that reservations were not an exception but a component of the principle of equality of opportunity. 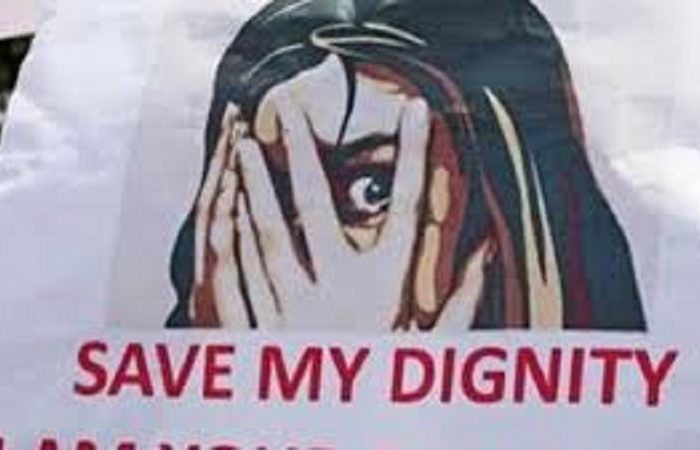 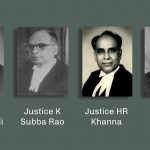