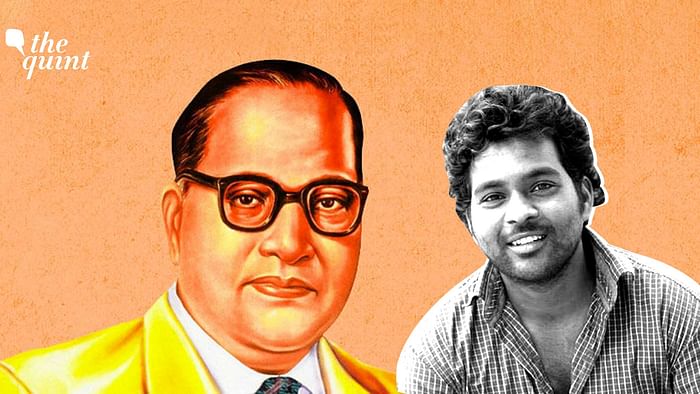 When Rohith Vemula, a 26-year-old Dalit student of University of Hyderabad died by suicide on 17 January 2016, he triggered a countrywide agitation against casteism in institutions of higher learning. The protests, however, obscured the toll his demise took on those whose lives he had touched.

Unable to grieve while on a fight for justice, some of his close friends had at the time assumed an uneasy silence. While most of them returned to public life eventually, Vemula’s friend Chintagada Ramji avoided media queries and public appearances for five long years. A Dalit, Ramji was the president of Ambedkar Students Association of University of Hyderabad in 2016. The ASA was established in 1993.

Vemula had made a poignant mention of him in his end note with the immortal line “My birth is my fatal accident” : “I have to give some 40 thousand to Ramji. He never asked them back. But please pay that to him…”.

On Rohith Vemula’s fifth death anniversary, a 34-year-old Ramji opened up to The Quint about their friendship, feisty politics and strife against caste discrimination. Of the moment he discovered Vemula’s body, he said, “I went blank. I couldn’t do anything”.

Rohith Vemula ended his life as a consequence of his expulsion from University of Hyderabad’s hostel.

On 3 January 2016, five Dalit student leaders — Dontha Prashanth, Seshaiah Chemudugunta, Sunkanna Velpula, Vijay Kumar Pedapudi and Vemula — were expelled from their hostels after the UoH administration, under pressure from Ministry of Human Resource Development (MHRD), decided to penalise them over an altercation they allegedly had with some leaders of Akhil Bharatiya Vidyarthi Parishad (ABVP), a student outfit affiliated to the ruling Bharatiya Janata Party.

Ramji’s narrative encapsulates the devastating effect Vemula’s suicide had on the lives of students from historically marginalised communities, his friends and family — some suffered depression, others isolated themselves, yet others struggled to keep his memory alive.

It was during a university cricket match in 2013 that a 26-year-old Ramji met Vemula who was three years younger than him. Young, fiery and full of ideas, the two soon became close friends. “He used to turn to me for advice. We were like brothers,” he said.

At the time both were members of Students Federation of India (SFI), the student outfit of Communist Party of India (Marxist), and the friendship soon became a political alliance. Both left the Communist party and joined ASA in 2014.

“We felt that Dalits should have their own voice on campus and that neither ABVP nor SFI could truly help Dalit students in this regard. We felt that ASA, a party founded by Dalit students, should contest election independently and capture power in the students union to represent Dalits,” Ramji reminisced.

Ambedkar Students Association under their leadership campaigned for a united front comprising marginalised students. Their effort bore fruit as the ASA-led panel won students union election in 2014, a first in UoH history. As a result of their outreach, the year witnessed no Dalit suicides. Between 2008 and 2013, four Dalit students had died by suicide on the campus.

Fighting both the Left and the Right, however, did isolate Ambedkarite students. Vemula had complained to Ramji several times of being targeted by ABVP student leaders.

“On campus they picked fights with him and on social media they harassed him,” he alleged. After BJP came to power in the Centre in 2014, the ongoing harassment worsened, Ramji said. In 2015, ABVP leaders accused Vemula and the four other ASA leaders of physically assaulting them.

Two long-drawn administrative enquiries into the incident later, all five were expelled from hostels, barred from gathering in public places on campus and asked not to participate in students union elections. Social ostracism was how the ASA termed it.

“Prashanth and Rohith decided to stage a sit in protest at the university shopping complex when they were forced to vacate the hostel. It was an instantaneous reaction to the expulsion and as ASA’s president I supported their decision,” Ramji said.

The students named their protest spot Velivada (Dalit ghetto in Telugu) to mark their “social boycott” and slept there in bitter cold for 14 days. Through most of the turmoil, Ramji was by Vemula’s side and kept assuring him that the fight will go on.

“Rohith was growing frustrated during this protest. Even then he came to me and asked me to support Seshu (Seshaiah) who was very emotional at the time because the Vice Chancellor had refused to meet them for reconciliatory talks,” he remembered.

The Vice Chancellor Podile Appa Rao had to leave the university for two months owing to the protests that ensued after Vemula’s death. He returned to duty on 22 March 2016 amid continued protests. Rao is still the VC of UoH.

When Vemula quietly slipped out of the protest spot on 15 January, a day before he ended his life, Ramji wasn’t around. He was busy with his fourth PhD coursework. He regrets the absence to this day. “I was burdened by guilt,” Ramji said, remembering the moment he heard of the suicide. “I felt that it was my fault that he died. That I was not there for him,” he said. 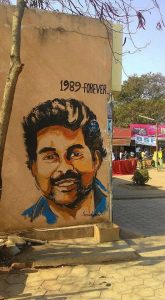 Ramji’s past had a lot to contribute to this feeling. His sister had died by suicide in 2008. “I had felt that her demise was my fault. I felt for the second time that I failed someone when Rohith died,” he said.

As personal tragedy interfered with political duty, Ramji could not remain normal. He withdrew from public life.

“Only once did I come out of it in 2016. That was when I went to meet Rohith’s mother Radhika Vemula. I just sat near her unable to speak,” Ramji recollected.

Soon, depression became a way of life and he isolated himself. During the time, student leaders of the varsity were trying their best to keep the agitation going even as political support of Opposition parties dwindled.

Though silent, Ramji took up a different warpath.

Ramji’s father Ch. Das was a student of the economics department of University of Hyderabad between 1986 and 1988. In the time he had spent there, Das struggled for food each day but was a staunch student leader, his son remembered.

He had only one advice for Ramji, “First stand on your own feet. You can then do any service you want to.” In essence, sustaining oneself should precede one’s duty of representing and serving one’s roots. When his father, the government employee, came to meet Ramji amid protests, he asked him to take his time.

“Such things happen, he told me. He asked me to take as much time as I wanted. I just did not know what to do with time,” he said.

As students of several varsities and educational institutions across the country started their own Ambedkar Students Associations, the president of Hyderabad Central University’s ASA refused to step out of the campus even to visit his family in Visakhapatnam.

But, on Rohith Shahadat Din each year, Ramji stood by the protesters, tears streaming down his cheeks even as he let out no inkling that he was once the president of the oldest and the largest Dalit student outfit in Hyderabad. “Losing a life… it is different,” he said.

His ideological mooring, however, kept Ramji going and made him what he is today —an educator keen on contributing to the lives of Dalit students.

“When we decided to join ASA, both Rohith and I were sure that Educate, Organise, Agitate was the way ahead (a more popular order of Dr. Ambedkar’s words which ASA officially uses is “Educate, Agitate, Organise”). One has to educate oneself, then organise into a collective and agitate for one’s rights,” he said.

The ASA sought to fight for Ambedkarite principles.

The ASA sought to fight for Ambedkarite principles.(Photo: Nikhila Henry)

He upheld the principle when he was left to battle the sense of loss which Vemula’s demise had instilled in him. Ramji concentrated on his studies and visited only his closest friends. There were times when he found himself slipping away.

“I did not want that to happen to me. It is never the right thing,” he vouched. In 2017, writing his PhD thesis alone became his goal. He was awarded a PhD in Economics in 2018.

The fight did not end there. Ramji took up the job of an assistant professor in a private varsity in Visakhapatnam. He is now married and has fathered a boy whom he has named after Buddha.

Could there be more than one road towards emancipation?

Two others who took up arduous paths towards justice were Vemula’s brother Raja Vemula who studied law and is now a practicing lawyer and Radhika Vemula, Rohith’s mother who spends her time tailoring even as she gives public speeches at most protest spots in the country.

Ramji said that he has decided to teach in educational institutions where he could help Dalit students. “I am committed,” he said.

As for the agitation, he keeps a close watch, he said. “I will never say that student politics is futile. I think ASA will continue to remain an alternative for both the Left and the Right and that Rohith will be remembered,” he said. 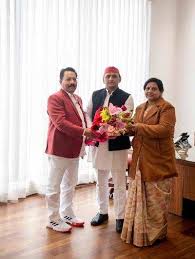 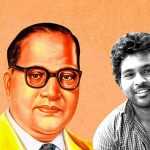