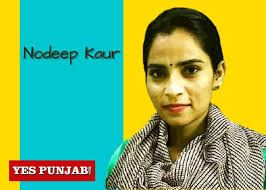 Dalit activist and member of Majdoor Adhikar Sangathan (MAS) Nodeep Kaur on Friday was granted bail by Punjab and Haryana High Court in the third FIR registered against her. Later, on Friday, she was released from Karnal jail, where she had been lodged for over a month. In his order, Judge Avneesh Jhingan said the “matter under investigation itself is no ground to deny personal liberty. She will maintain restraint while being on bail to ensure that no law and order issue arises due to her actions.” In its order, the court declined to go into the merits of the police’s case against Kaur. It has also not made any observations on the medical reports, and will continue to hear the suo motu case on illegal detention at a later date.

As Nodeep came out of jail on Friday night she addressed the media and spoke about the protests.

She said, “No one is sitting on the roads of their own will. They don’t like to sit on roads. They are demanding their rights and people should speak in solidarity for farmers so that their demands are heard and they can go back home.”

Speaking to Media, one of Nodeep’s lawyers, advoate Pawandeep Singh, who is working with the Delhi Sikh Gurudwara Management Committee (DSGMC), under the guidance of senior advocate RS Cheema said, “There was no case of extortion and the section 307 which was also put against her. Secondly, Nodeep’s medical report has already been taken into record by the court. Prima facie the judge said that she should not be kept in jail. When she is not hampering the investigation then why does she need to be in jail. Matter of trial will keep on happening but an activist who is protesting they can not be put in jail.”

On the next course of action, he said that they will follow up on her case on alleged custodial torture. The Haryana Police claimed that they have video evidence which linked her to a physical attack on police officers who had gone to deal with a workers’ protest at a factory in Kundli, and had therefore booked her under Section 307 of the IPC (attempt to murder). However, the police did not make any specific arguments for why Kaur needed to be denied bail at this stage.

The 24-year-old Dalit labour rights activist was arrested from the Singhu border on 12 January, where she was part of the ongoing farmers’ protest against the Centre’s contentious farm laws. She was welcomed by supporters and family outside the jail. 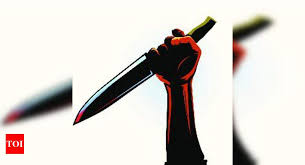 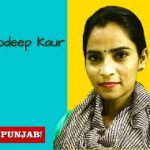