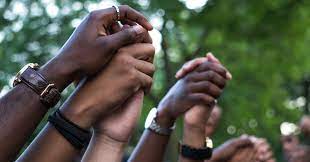 The 4th of June should have become one of the most important days in the national calendar, and it should have been made a public holiday. The hard truth, as we know it, is that there is still a long way to climb for Nepal to embrace social justice as one of the most important national “missions” to be achieved.On the 4th of June 2006, the nation was officially declared free from caste-based discrimination and untouchability. Unsurprisingly, perhaps because discrimination is still so rife, no one really cares about observing this day even though, at least, national authorities bothered to gather and hold an event about it.

There Prime Minister Sher Bahadur Deuba reiterated how “caste-based discrimination is an inhuman, immoral and criminal activity”, but still we struggle to understand how the state is really into this battle. We know that in the recent years there have been several grave instances of “lethal” discrimination towards Dalit, and unfortunately it is far too common to read in the news about less “bloody” but still extremely concerning episodes against them.Though you might accuse PM Deuba of the usual high rhetoric, in that event, he said something important: “It is the shared responsibility of all to make a civilised society by ending all sorts of discrimination and implementing laws effectively.”Remember this: it is a shared responsibility, and we should recognise how significative and potentially transformative this statement is.

That’s why we need to applaud organisations like Samata Foundation that has been able to rally big celebrities to push people to change their attitudes towards Dalit and other vulnerable groups who end up discriminated. After all, this is not just the battle of Dalits but also the struggle of persons with disabilities, women, members of sexual minorities and many others groups, including Muslims and many citizens from the Tarai.That’s why we need to praise Rajesh Hamal, Dayahang Rai, Prakash Saput, Mohna Ansari and Nishma Dhungana who, in the past, were part of ‘Jaat Ko Prashna”, a programme that for sure created some uncomfortable feelings among the audience because it touched painful truths.Being a foreign citizen and on many extents, living a life of relative privilege, I can’t tell the citizens of this great country what to do in relation to discrimination, but I can suggest some ways forward, and for me it all starts with allyship.We saw it with the Black Live Matters movement.We need to create awareness among those who are privileged and assumingly in high positions within the society about the role they can play to end this vicious cycle.

We can do this by avoiding backlashes as it is happening in the United States where some white folks feel now threatened by certain progressive sections of the Black Live Matters movement.Yet we need to have a serious conversation about discrimination and its consequences.The goal is to make this great nation of Nepal a great nation for everyone, and we need to make a level playing field for everyone, and to do so, we need to work in partnership, together.Many youths have embraced the calamitous issue of climate change, but we know now that a difficult concept to grasp as intersectionality, in reality, isquite simple to be understood. All issues are related, and we cannot win the battle against Dalit discrimination if we also do not deal with the situations faced by many women and so forth.We can certainly have specific tactics in the “war room” against national discriminations, but we need one concerted effort and we need politicians to do whatever it takes for making this country great for those left behind.Schools and colleges have a huge role to play.While dealing with climate change, for example, they can also break down the problem from different angles and empower students to think from someone’s else shoes, especially those whose rights and dignity are violated on a consistent basis.

The capacity to empathise and respect those who face discrimination is essential, and we need important people like celebrities to remain engaged in this conversation.These citizens can use their influence for the good, and they can be enablers that touch sensitive issues and promote change across the society, not only in the schools but also in the government offices, in the board rooms of the major banks, insurance companies and trading houses.A commitment is what we need, a commitment coming from across the spectrum, a recognition that collectively the people of this country can do better and show leadership, true leadership.We need to start recognising that many citizens are still unable to contribute to the nation because of old stigmas that are persistently hard to be removed.

Institutions like the Dalit Commission and the National Human Rights Commission can broker and support the work of activists and those willing to make a first step towards change.It is not true that we always need a “fatty” budget to create awareness and promote change. Imagine some colleges and major corporations promoting diversity and social inclusion trainings for their students and staff. What about inviting activists who fight for social justice, real leaders who too often are unrecognised? It is said that change happens slowly, but it’s also a common responsibility to do whatever is possible to turbo-charge such a shift rather than using this maxim as an excuse for not doing enough. Everyone is responsible from the PM to the common citizen.Yet we need those who exercise power to shed just a bit of their comforts and deal with an issue of imperative urgency, if we want to ensure a truly prosperous and really happy country for all. Perhaps one day, the 4th of June, will really be a public holiday worthy celebrating.

Note: This news piece was originally published in thehimalayantimes.com and used purely for non-profit/non-commercial purposes exclusively for Human Rights. 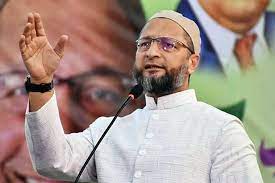 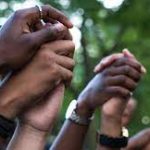