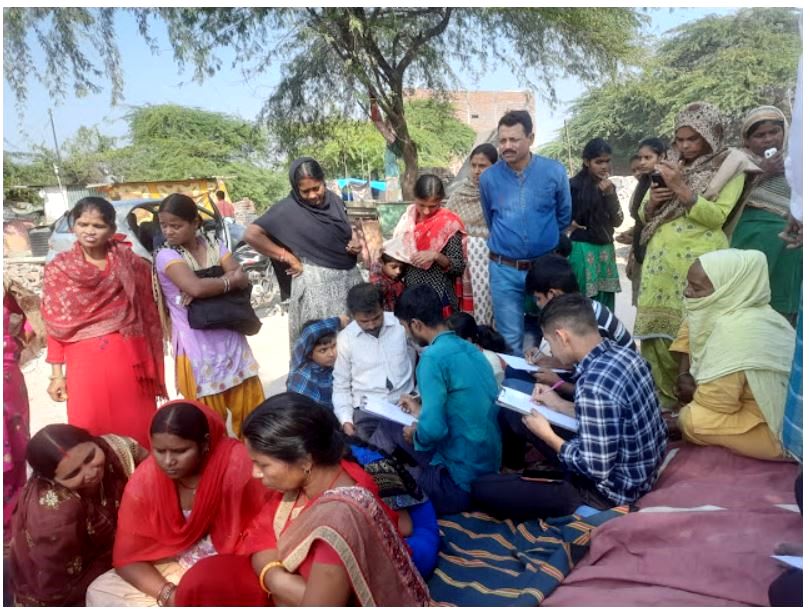 Displaced Khori Gaon residents have begun what they have called ‘chithhi andolan’ (letter movement) after a large gathering on the Delhi border in order to remind the authorities that till now, the Municipal Corporation of Faridabad, Haryana, under whom they come, has not provide any basic facilities to them despite the fact that about 10,000 of their houses have been demolished.

The ‘chitthi andolan’, says Team Saathi, the supporting NGO, has begun in order to highlight how the residents have repeatedly told the Supreme Court that so far, no arrangements for them have been made after their houses were demolished, despite the promise to provide accommodation and food to the people of Khori Gaon.

Insisting that more than 10,000 houses were demolished by making allegations that “Khori Gaon residents were living on occupied forest land”, the note regrets, the number of houses mentioned by the Municipal Corporation of Faridabad in the Supreme Court was 6,663. These numbers were based on a drone survey. No on-ground verification was done.

Even after people’s lives have been completely devastated and pushed into extreme poverty by at least 20 years, the Municipal Corporation is now trying to sell Dabua Colony flats to them. The sad reality is that the flats built in 2007 are being repaired at the cost of Rs 71,000 per flat, which is being recovered from the residents whose houses were demolished. They are not getting any support or financial help to buy them.

Meanwhile, the situation has turned so dire that people have no money to rent rooms, and they hence have started living without a roof. Given this framework, as the Supreme Court had suggested that grievances should be brought to the notice of the Municipal Corporation, the residents have started this letter movement.

With the help of Team Saathi youngsters, around 140 letters were written by people in three hours, the note says, adding, these were more than simple drafting letters. Through the letter writing process, different issues and problems were highlighted. People had many questions and doubts, all of which were addressed in the open forum.

These letters are being sent to the Commissioner, Municipal Corporation, Faridabad, through email immediately after drafting them, the note says, insisting, the Municipal Corporation of Faridabad and the Haryana government cannot escape without answering the questions raised by the residents of Khori Gaon whose houses were demolished.

Note: This news piece was originally published in www.counterview.net and used purely for non-profit/non-commercial purposes exclusively for Human Rights objectives. 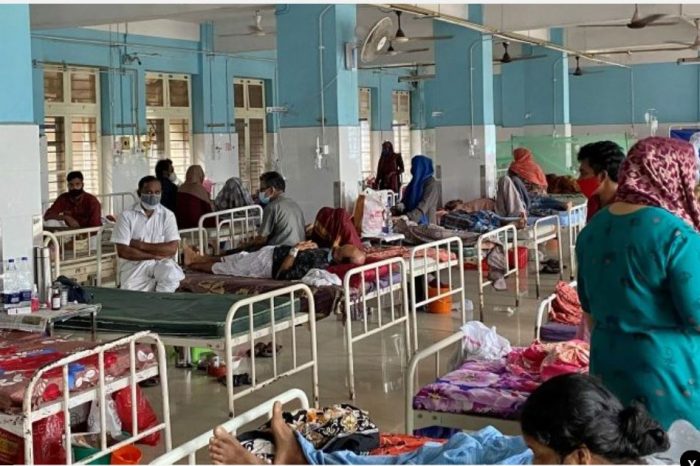 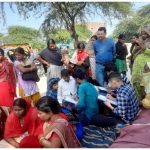