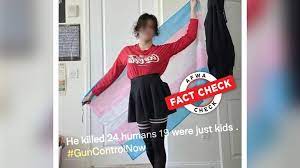 Following the school shooting in Texas on Tuesday, a photo on social media claimed that the shooter was a transgender woman.

At least 19 children and two adults were killed in a shooting at an elementary school in Uvalde, Texas, in the United States on May 24. Following the school shooting, a photograph made the rounds on social media with the claim that the shooter was a transgender woman. In the photo, the person could be seen holding a transgender flag.

The archived version of the post can be seen here and here.

The India Today Anti Fake News War Room (AFWA) found that the photo was not of the shooter. The person whose photo was shared as the shooter took to social media to clear her name.

Many Twitter users claimed Gosar’s tweet was a lie. Others also claimed that photographs of a trans woman were falsely shared as those of the Texas school shooter. Tweets also carried screenshots of comments and posts the woman purportedly made on Reddit about how her photos were being misused.

Following the school shooting and the subsequent rumours, on both Reddit and Instagram, she stated that her photos were being misused and that she did not even live in Texas. In a Reddit comment, she wrote, “They are my pics. People are using to make trans people look like murderers and blaming me for the shooting.”

When India Today reached out to her on Instagram, she confirmed the same. She also mentioned that she was an artist from the state of Georgia in the US.

A photo of the suspected shooter obtained by ABC News from law enforcement officials can be seen below. The photo of the shooter and those of the trans woman are clearly not the same.

What do we know about the shooter?

According to law enforcement authorities, the alleged shooter, Salvador Ramos, was an 18-year-old student at Uvalde High School. The Associated Press reported that Ramos was shot and killed by a US Border Patrol official who was nearby when the shooting began. Per reports, before the school shooting, Ramos shot and wounded his grandmother and then fled the scene.

Hours before the shooting, Ramos reportedly sent cryptic texts from an Instagram account that has since been deleted to another user, hinting at what he was about to do. The Instagram account also reportedly posted photos of guns and magazines. Texas State Senator Roland Gutierrez told reporters that Ramos, who turned 18 days ago, purchased two assault rifles on his 18th birthday.

With the available information, it is clear that the photo of a trans woman shared across social media was not that of the Texas school shooter.

Note: This news piece was originally published in indiatoday.com and used purely for non-profit/non-commercial purposes exclusively for Human Rights. 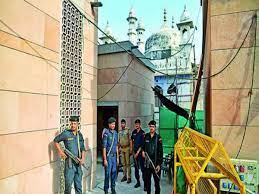 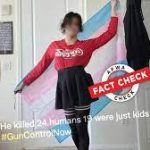