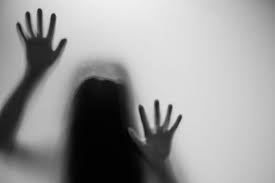 The accused in the gang-rape of a Dalit woman in Bhadohi district has allegedly threatened the victim’s family members as they have not withdrawn the case.

The accused is a block chief and is using his clout to terrorise the victim’s family and compel them to withdraw their case or be ready to face the consequences.

According to the police, the woman, a resident of Handia area of Prayagraj district, had lodged a gang-rape report against former MLA Vijay Mishra’s nephew and block chief Manish Mishra and his three friends at Bhadohi’s Unj police station in the year 2019.

According to the police, the woman had alleged that she was gang-raped after being called on the pretext of working in the field. To pursue her case in the court, the victim used to visit Bhadohi.

Inspector-in-charge of Gopiganj police station Sadanand Singh said that the gang-rape victim reached Bhadohi on Sunday afternoon to meet her lawyer and when she was going towards Gyanpur, Manish Mishra’s son Yash Mishra, brother-in-law Santosh Tiwari, Bindu Mishra and another accused Rakesh Bharti stopped her and threatened to kill her after hurling casteist abuses if she did not withdraw the case.

According to the inspector in-charge, the victim alleged that after she registered lodged a gang-rape report in 2019, these four people came to her residence in Handia several times and threatened to eliminate the entire family.

Singh said that on Sunday evening, Bindu Mishra, Yash Mishra, Santosh Tiwari and Rakesh Bharti were booked under Section 504 of the Indian Penal Code (IPC) (intentionally insulting with intent to provoke breach of the peace) on the complaint of the gang-rape victim. He said legal action was also being taken against them under Section 506 (criminal intimidation) of the IPC and the Scheduled Caste, Scheduled Tribe (Prevention of Atrocities) Act.

Superintendent of Police Dr Anil Kumar said that Manish Mishra, nephew of former MLA Vijay Mishra, had 21 cases registered against him of serious crimes like robbery, murder, rape, National Security Act, cheating and he was currently lodged in Varanasi jail.

Meanwhile in Hardoi, property dispute led to an attack on a family leading to the death of a man and injuries to his two sons.

Reports said that Naresh Chandra, a resident of village Sarswa Majra Wajid Nagar under Phani police station, was having a property dispute with his brother. On Monday morning, when Naresh was sleeping with his family, suddenly his brother’s son along with nine associates barged into the house and attacked them with sticks.

When Naresh’s son Sandeep and Naveen, rushed to his rescue he was also attacked and he too sustained serious injuries.

The accused later fled the spot.

The family members and local residents rushed all the victims to hospital where Naresh was pronounced dead upon arrival while the condition of Sandeep was said to be critical.

According to Inspector Beni Madhav, investigation had started and action would be taken after registering the report. He said that the victim’s family had so far not filed any complaint.

Note: This news piece was originally published in dailypioneer.com and used purely for non-profit/non-commercial purposes exclusively for Human Rights . 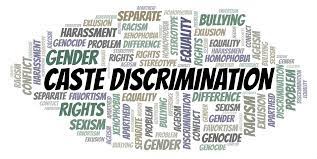 Caste discrimination in Chamarajanagar: Police on the lookout for accused 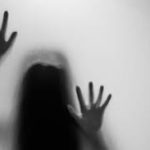