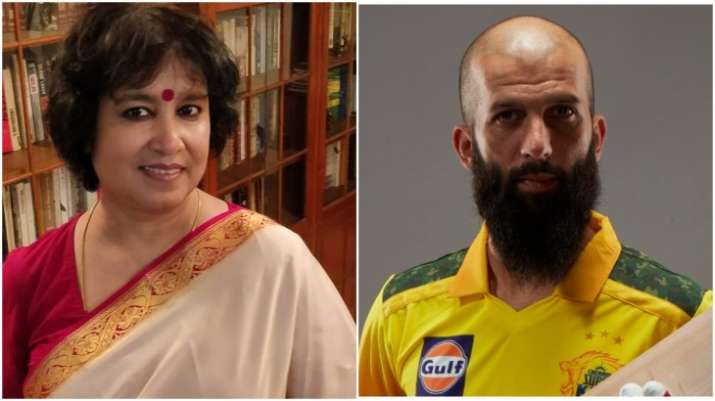 Taslima Nasreen knew what she was doing when she made a xenophobic comment against England cricking star Moeen Ali. She knew she would get the attention of millions of cricket fans across the globe, and even if some of that attention would have been angry, it was still attention. What she probably did not realise was that Moeen Ali’s English teammates would rally around him, and teach her a public lesson in civil discourse and sportsmanship.

Nasreen had to delete her hate tweet: “If Moeen Ali were not stuck with cricket, he would have gone to Syria to join ISIS,” and soon posted that she was being “sarcastic.” No one seems to have bought her cover up after spewing hate against a sportsman who is a practicing Muslim and does not want to endorse a brand associated with alcohol. This has once again exposed what is best described as ‘celebrity trolling’ and exposed that Indian cricketers have chosen to stay silent on yet another issue that is crucial to sports, and civil society. The England cricketers, and many cricket fans from across the globe, however, were brave and shut Nasreen down quickly.

Moeen Ali (33), as explained by Indian Express, has for years represented “English cricket’s inclusivity and also the growing numbers of players with Asian roots in the UK.” He is an all-rounder and will play for Chennai Super Kings (CSK) in the upcoming Indian Premier League (IPL), which begins on Friday. It was reported that Ali had asked the CSK management to “remove a sponsor’s logo of an alcohol company’s surrogate product” from his team jersey. The team jersey has the logo of SNJ 10000, a surrogate product brand of Chennai-based SNJ Distilleries. Ali reportedly wanted the logo removed from his jersey only. While, according to IE, CSK officials said that “no such permission has been sought by the England all-rounder” there was a massive buzz around this ‘removal request’. However, Bangladesh-born author Taslima Nasreen decided to take to Twitter and openly targeted Ali.

After she was called out for her xenophobia on Tuesday evening she started posting explanations such as: “Haters know very well that my Moeen Ali tweet was sarcastic. But they made that an issue to humiliate me because I try to secularize Muslim society & I oppose Islamic fanaticism. One of the greatest tragedies of humankind is pro-women leftists support anti-women Islamists.”

Nasreen forgets that there is nothing secular about being xenophobic. Ironic because she herself has been the target of hate in her own country for her opinions on religion. She was forced to leave Bangladesh and has been living in exile since 1994. According to the report in IE, Moeen Ali, who was born in Birmingham in 1987, is a practising Muslim and was quoted by Wisden two years ago saying: “I want people to know I am Muslim and British and proud of both. I want Asian kids to look at me and realise that they, too, can enjoy a career in cricket.” According to the news report in 2014, during a Test against India in Southampton, he wore wristbands carrying the slogans “Free Palestine” and “Save Gaza”, and received a death threat that mentioned Israel. The England and Wales Cricket Board insisted that the messages were humanitarian and apolitical, but the International Cricket Council (ICC) had warned Moeen, stated the report.

Nasreen however has continued to ‘explain herself’ for hours, saying she was tagettted because of her “critical scrutiny of Islam,”

While she continues to grab at whatever attention comes her way, it is business as usual at the Chennai Super Kings, who are now busty preparing for the season to grab and trending their hashtags of #WhistlePodu #Yellove

Meanwhile, according to ABP news Chennai Super Kings (CSK) management had agreed to Ali’s request to remove the alcohol brand logo from his match jersey. According to this news report the CSK franchise bought the England all-rounder, who has so far played 19 IPL matches scoring 309 runs and picking 10 wickets, for a Rs seven crore at the auction in February 2021. Chennai Super Kings, for the first time ever, it was reported ,will wear a redesigned kit for IPL 2021. The camouflage on the shoulders is a tribute to Indian Armed Forces. The first match of IPL 2021 will be played in Chennai on April 9 between the defending champions Mumbai Indians and Royal Challengers Bangalore at 7.30 pm. 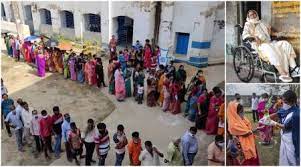 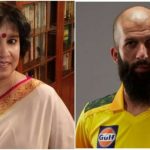