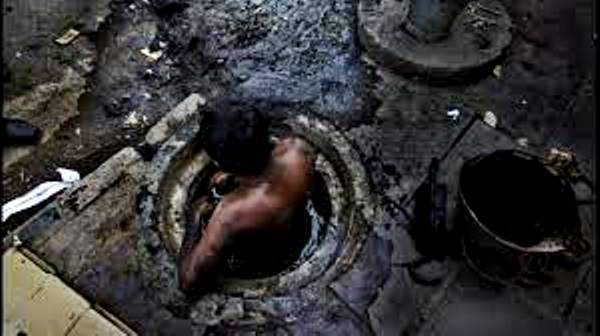 In order to end manual scavenging, policymakers must look beyond compensating individuals losing their lives from the inhuman practice, and consider long-term, holistic solutions that give caste and gender inequality, digital inequity and lack of access to finance among those who practice manual scavenging due consideration.

EARLIER this year, the Union Ministry of Social Justice and Empowerment told the Rajya Sabha that no deaths have been reported due to manual scavenging in the last five years. In what is indicative of the State’s approach to the issue, the statement appeared to be a duplicitous attempt to escape accountability.

Since the late 20th century, successive parties in power have failed to employ a macro perspective to their understanding of manual scavenging. Understandably then, State efforts have consistently been characterized by i) compensation efforts plagued by lethargic and inefficient distribution mechanisms; ii) insistence on technological interventions that are rarely executed on the ground and iii) failure to implement the Prohibition of Employment as Manual Scavengers and Their Rehabilitation Act, 2013 (the Act) in its true spirit.

The judiciary has, time and again, attempted to ensure that the state governments fulfil their duties and sufficient compensation to the kin is provided in a timely fashion. Relying on the 2014 Supreme Court judgment in the case of Safai Karamchari Andolan & Ors. vs. Union of India & Ors., high courts in Delhi, Madras, Odisha and Kerala have awarded compensation to the kin of those who lost their lives due to manual scavenging. Notably, in September 2021, the Bombay High Court ordered the Maharashtra Government to pay INR 10 lakhs to widows of manual scavengers, even though the deceased were employed by a private company.

In the absence of a broader understanding of relevant bottlenecks, the plight of manual scavengers is unlikely to change. Over the years, the focus of the policy interventions has been limited to compensation and technological innovation; consequently, progress in eradicating manual scavenging has been sluggish. We need more comprehensive solutions that give caste and gender inequality, the digital divide and access to finance due consideration.

Recognizing and giving voice to caste and gender realities

Reports have long suggested that 99 % of those involved in manual scavenging are Dalits and among them, 95 % are women. The Act recognizes that manual scavenging arises from the caste system. However, the only manner in which it attempts to incorporate caste considerations is by reserving membership for representatives of Scheduled Castes (SCs) in certain committees. Neither the Act, nor the proposed 2020 amendment bill attempted to correct historical injustices suffered by Indian Dalits.

Contemporary developments suggest that the situation is not going to change. The current government seems unlikely to consider caste inequalities as a relevant criterion to inform policies. Earlier this year, the Union government ruled out conducting a socio-economic caste census and refused to disclose data from the 2011 caste based census, on grounds of inconsistencies. The government was also criticized for not consulting Dalit rights groups while formulating the 2020 amendment bill for the Act. Giving effective weightage to factors of caste inequality is a pre-requisite for any policy on manual scavenging, something successive governments have failed to do.

Further, despite the high percentage of women engaged in manual scavengers, their concerns find negligible visibility in policy discussions and popular discourse. Focussing on the plight of women engaged in the profession has the potential to curate solutions centred on gender equality.

No focus on financial or digital inclusion

While the Act and relevant schemes provide for scholarships, financial aid and loans as part of rehabilitation measures, access to these remains scarce. Due to limited financial inclusivity, for e.g., access to the banking system and financial products, many manual scavengers are eligible yet unable to reap benefits. As recognized by the National Human Rights Commission, there is a need to ensure that banks simplify their processes to be more convenient for manual scavengers.

There is a pressing need to bring those on the margins of society within the financial ecosystem to safeguard their socio-economic interests. Ensuring convenient access to financial benefits will go a long way in ensuring that those who escape manual scavenging do not have to return to the practice.

Digital inclusion initiatives that keep practical realities in mind also need to be implemented. Meaningful and contemporary socio-economic development that enables a sustainable life outside of manual scavenging necessitates access to digital technologies. Unfortunately, Dalits and women, who form the majority of manual scavengers in the country, are among the worst sufferers of the digital divide, according to reports.

State governments have acknowledged the same and have attempted to tackle it. For instance, last year, the Uttar Pradesh government launched a scheme wherein 500 Dalit youths, including 100 manual scavengers could register themselves as ‘banking correspondents’ of nationalized banks. After submitting a security amount of INR 15,000, the correspondents can work as an interface between the Dalit community and the banks, helping the community to access online transactions and welfare schemes. It was also proposed to provide them interest free loans to buy computers, printers and finger-printing machines.

No information is available publicly about the status of the scheme’s implementation. It remains to be seen how a scheme that does not focus on building digital infrastructure in Dalit majority areas and inculcating digital literacy in the community performs in the state.

Caste and gender inequality, limited access to finance and digital divide are not the only determinants of the plight of manual scavengers in the country. However, these are a few factors that have slipped through the cracks in the policymaking process and the national discourse on manual scavenging.

Increased consultation of the government with civil society, the financial sector and stakeholders in the digital ecosystem is, therefore, imperative to holistically approach the issue. Further, the focus of the academic, legal and business fraternity needs to be drawn to the ability of caste and gender identities, digital technologies as well as the banking system to impact the lived realities of manual scavengers.

(Saksham Malik is a Delhi-based lawyer and consultant working in the areas of competition law, technology laws, and human rights laws. The views expressed are personal.)

Note: This news piece was originally published in www.theleaflet.in and use purely for non-profit/non-commercial purposes exclusively for Human Rights objectives. 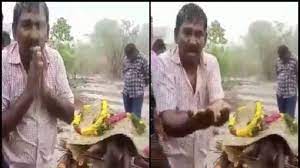 After 75 years of struggle, dalits get a crematorium in Madurai 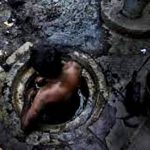