The Chief Electoral Officer of Telangana appealed to the NGOs to encourage sex workers and transgender people to enrol as voters.

By Abdul Basheer: Sex workers and transgender people should be encouraged to get themselves enrolled as voters and exercise their right to vote, said Chief Electoral Officer (CEO) Vikas Raj on Tuesday.

Addressing a video conference attended by 52 NGOs working for the rights of sex workers in Telangana, Vikash Raj appealed to the non-governmental organisation (NGO) to make an effort to enrol the sex workers as part of the ongoing Special Summary Revision (SSR) activity.

The video conference was held with the NGOs working on HIV prevention with groups like female sex workers and transgender people.

“The election commission has directed that in case sex workers do not possess documentary proof like a place of residence, then documentary proof should not be insisted on; however, a booth level officer will ascertain that the claimant actually resides at the place, mentioned in their Form 6, by visiting the given address and submitting a verification report to the electoral registration officer or assistant electoral registration officer.

Based on the discussions held, he said that special campaigns at the district level would be taken up in the same direction.

Note: This news piece was originally published in indiatoday.com and used purely for non-profit/non-commercial purposes exclusively for Human Rights . 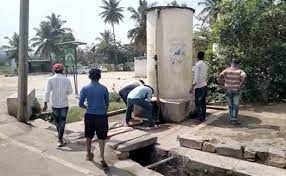