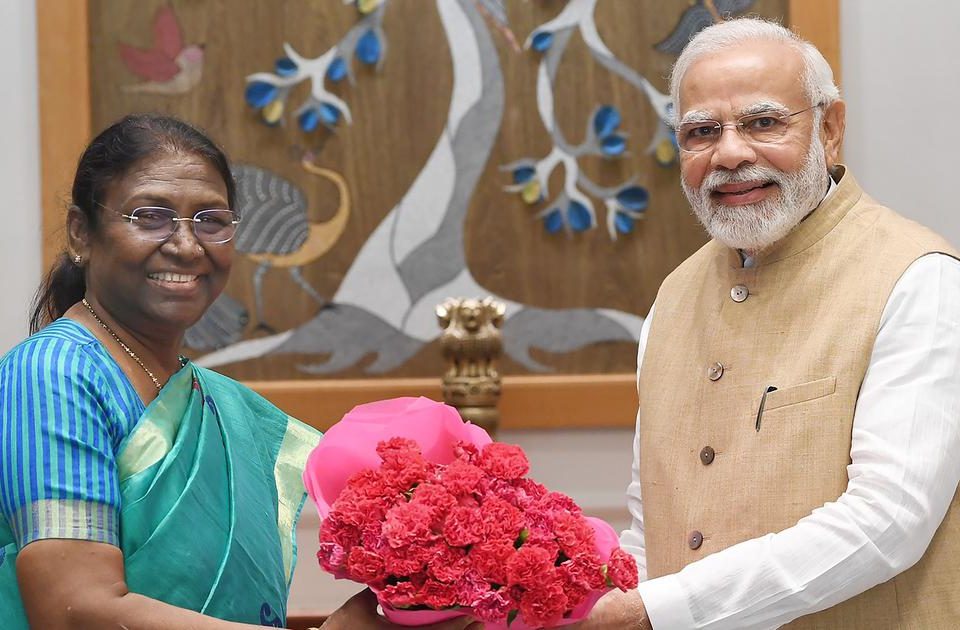 The battlelines have been drawn for India’s impending presidential election. Droupadi Murmu, a Bharatiya Janata Party politician of Adivasi origin, is the nominee of the ruling alliance. Former BJP minister Yashwant Sinha is the Opposition candidate.

With 48% of the votes from the electoral college already under the BJP’s belt and more assured, Murmu’s victory is a foregone conclusion. Despite this, it is relevant to ask: does Murmu deserve to be India’s President merely because she hails from an Adivasi community?

Should the nomination of a presidential nominee be beholden to considerations of caste, creed, tribe or even academic achievement? Wouldn’t this be to reduce the highest constitutional post in the country to a mere symbol? Yet, time and again, this is exactly what has happened under successive governments.

Sinha has much going in his favour. In addition to his achievements as finance minister as well as external affairs minister, Sinha has bureaucratic experience as an Indian Administrative Service officer.

Furthermore, Sinha is not from a servile class of politicians who agree to sign the dotted lines at the instance of their political master. Before he quit the BJP in 2018, he was among the few in the party who refused to feed Narendra Modi personality cult. While almost all others vied with each other to be in Modi’s good books, Sinha stood upright.

Murmu’s experience pales in comparison to Sinha’s. One could even waive the need for administrative and political experience if a nominee was known for her commitment to ideals of social equity. But what is Murmu’s record on that count? Does hailing from an Adivasi community prove that she is committed to the ideals of the two most desirable ideals of a modern state: secularism and social equity?

Murmu, who was governor of Jharkhand from 2015 to 2021, would seem to be on shaky ground on that score since she has proved herself to be a willing part of the BJP and the Sangh, which has fostered a culture of communalism and propagated the Brahmanical order of which the appropriation of indigenous people as Hindus is an essential element.

Her decision to participate in this perverse ideological movement could be for two reasons: either that she is committed to the ideals of the Sangh Parivar or that she seeks power. In the latter case, she has chosen power for herself over empowering fellow Adivasis.

There is much to celebrate about India having its first president from an Adivasi community but such a candidate should have unassailable Adivasi credentials, not buy into the communal and Brahminical agenda of a predominantly upper-caste movement.

It is pertinent to remember that President Ram Nath Kovind is a Dalit. Despite this, he has been a mute spectator to the atrocities against Dalits from the death by suicide of doctoral scholar Rohith Vemula in 2016 following casteist discrimination and the flogging of Dalits in Gujarat’s Una the same year to the 2020 gang rape and subsequent death of a 19-year-old woman in Uttar Pradesh in Hathras.

If the BJP-ruled Centre decides to change the tribal nomenclature from Adivasi to Vanvasi, would Murmu give her presidential assent? What does she think of the Christian missionaries working in Adivasi areas? If the government orders a ban on missionary activities, what would be her stance? What does she feel about economic and development projects, such as mining, in Adivasi areas?

Not much is known about Murmu’s positions on issues that matter to Adivasi communities. So what justifies accepting her as president only for the record of becoming the country’s first tribal president?

There is no guarantee that a community will actually benefit by having a person from its ranks at the helm. Consider the example of the late activist Brahmadev Sharma, who worked relentlessly for the justice of tribals and pioneered the Panchyat Raj (Extension to Scheduled Areas) Act, 1996. The law resulted in the single biggest boost to the cause of Adivasi empowerment and justice in the history of independent India. Sharma was, by birth, a Brahmin.

It would be better to nominate candidates by virtue of their unfettered commitment to communities instead of their being born in the community. The aim of Indian democracy is not to create records for records’ sake but the long-term benefit of citizens.

The BJP, Rashtriya Swayamsevak Sangh and its affiliates played their first major tactical game by getting scientist APJ Abdul Kalam, a Muslim, elected as president in 2002 followed by Narendra Modi, hailing from an Other Backward Caste category, as prime minister in 2014 and Kovind, a Dalit, as president in 2017.

Now, by nominating Murmu as the presidential candidate, the Hindutva combine has completed its last leg of appropriating all of India’s major identities. This time, they have covered their remaining bases in one go: an Adivasi community member and a woman.

Murmu’s victory will allow them to flash their inclusiveness to the world. Hers will be a victory for the Sangh Parivar rather than for the Adivasi community.

Vivek Deshpande worked with The Indian Express and is now a freelance journalist in Nagpur. 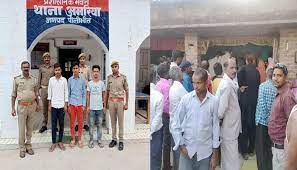 Police arrest Faisal, Shohil and Salman for beating a middle-aged Dalit man to death after he opposed molestation of a girl 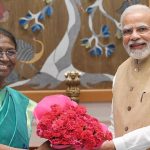